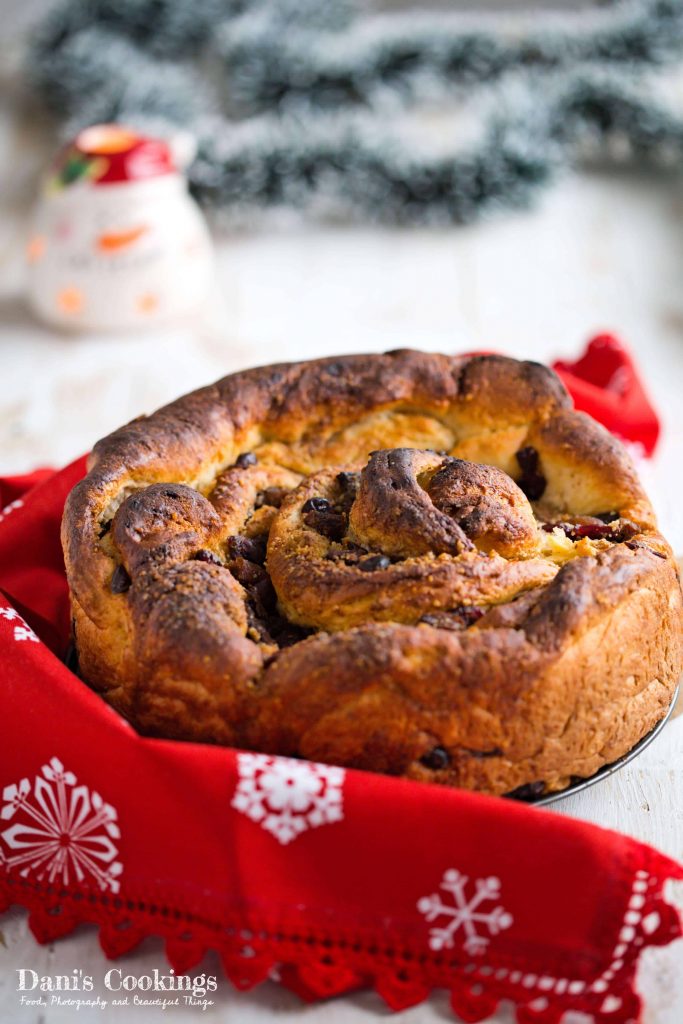 I am so excited to present you the recipe for my Cinnamon Christmas Bread Roll with Dried Fruits which is part of this year’s Food Advent Calendar “Spice it Up!” This is a cake – bread: fluffy, pleasently sweet and full of dried fruits! It is the perfect Christmas sweet treat for the people who are not much into desserts but want to feel the flavours of the season. And even if you have a sweet tooth like me, you will enjoy it so much! 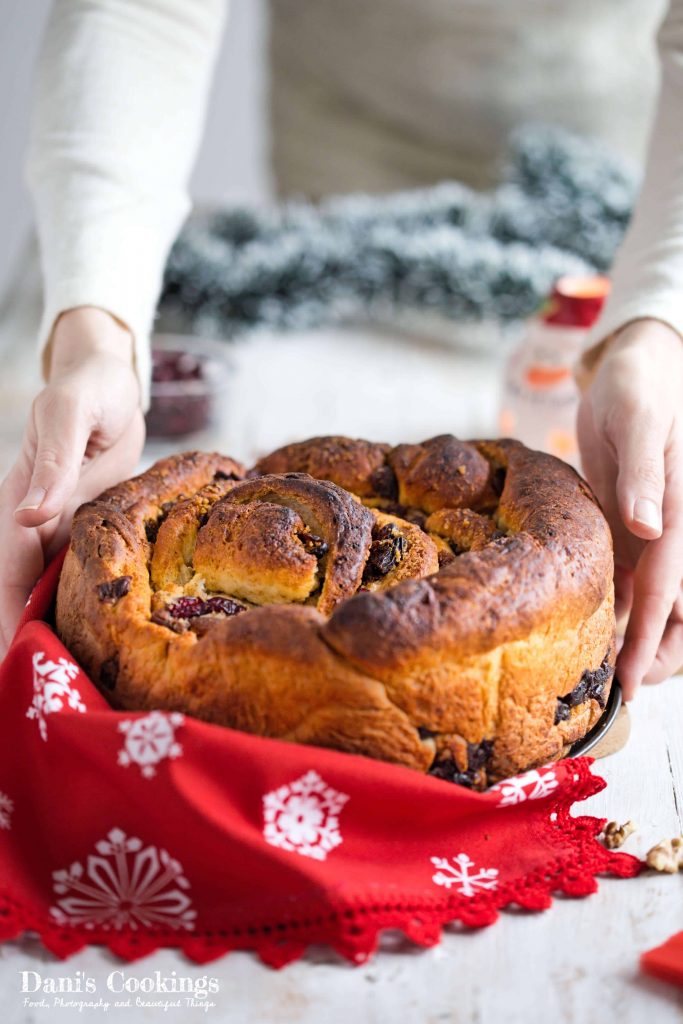 I need to confess: I almost burned that Cinnamon Christmas Bread Roll when I baked it. This is because I forgot the golden rule to wrap it in aluminium foil right at the start of the baking. When I realised my mistake, the top was already quite dark but inside the bread was still raw. I was so worried that I had ruined it!
You probably have noticed that my baked goods are usually a bit lighter brown than what you see on the current photos but there are lots of people that like them well done, even almost burned. My family said that the colour of the Bread Rolll was fine and it looked completely edible, even quite yummy. So I decided to go ahead and take the photos without baking a new bread. Then we tasted it… It was delicious! Fluffy and full of flavours! I felt the Christmas vibes immediately.

How did I come up with the idea for this Christmas bread? It started with the realisation that I love Cinnamon rolls! On Easter this year I made them with chocolate and raspberry so I decided that for Christmas I have to make another kind. So it came up to my mind to make one giant cinnamon bread roll. In order to make it extra delicious I decided to add to the filling two of my favourite dried fruits: apricots and cranberries. And to make it even more exciting, I added also ground walnuts. 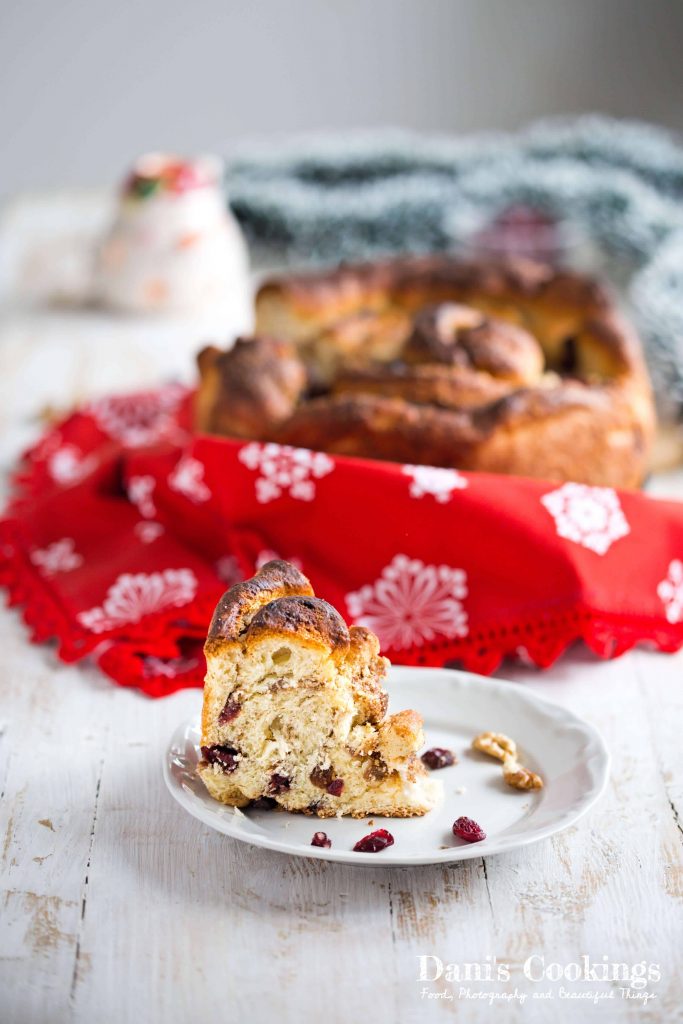 That bread roll is quite easy to make but it has one main challenge: it is quite complicated to roll multiple dough stripes one after another when they are covered with dried fruits. To avoid fruits falling out of place, you can make the stripes wider and fold them to close the fruits inside. Alternativelly you can simply make small sized cinnamon rolls instead of just one big cake roll. 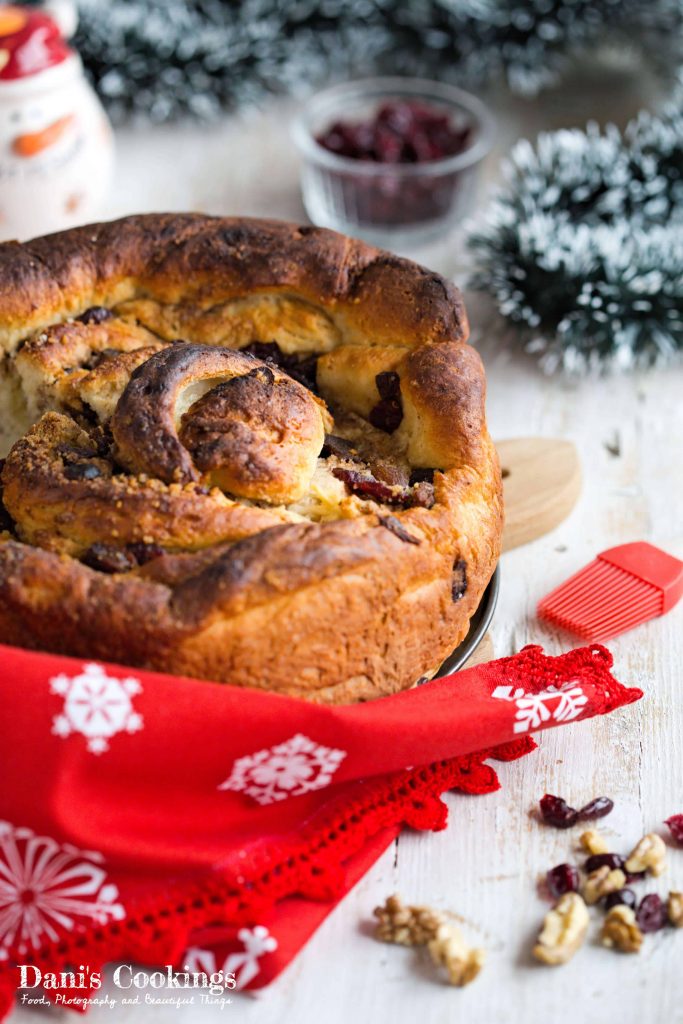 However you decide to make the shape, I am sure you will love the taste of this fantastic sweet bread roll! 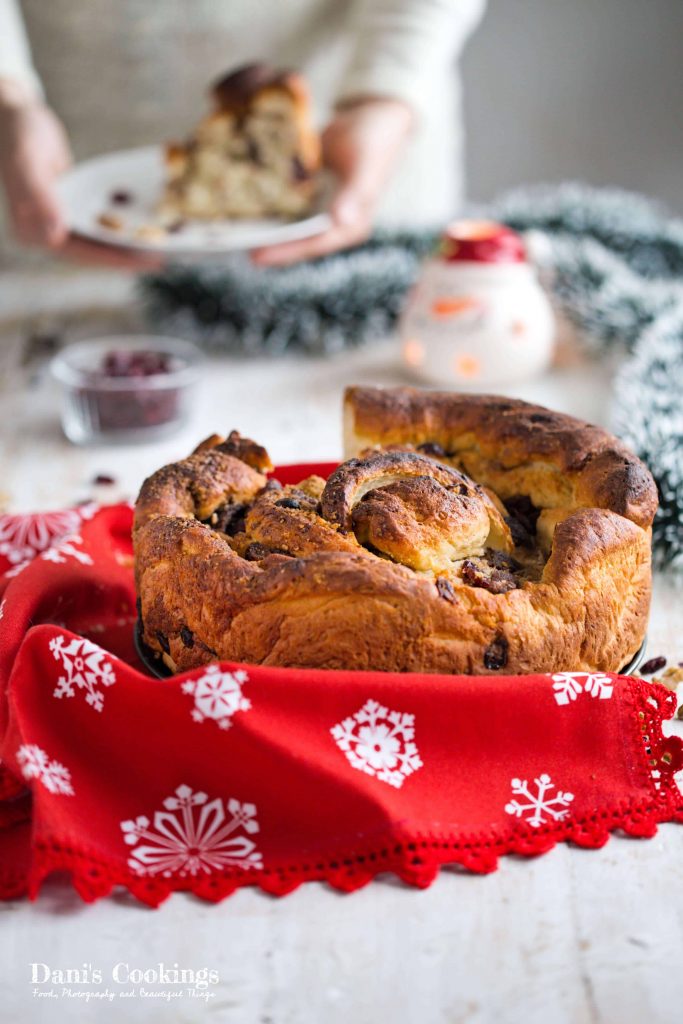 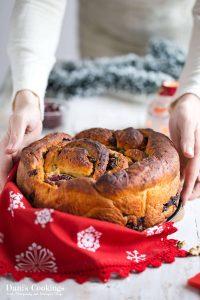 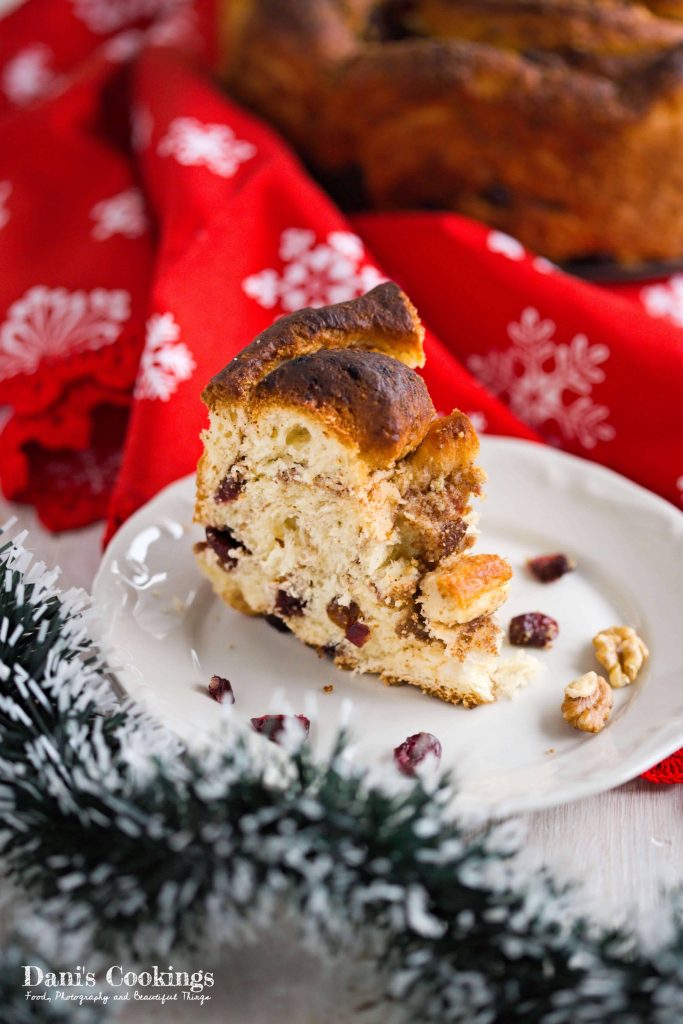 I really admire you for your photography, everything always looks so yummy. Thank you so much for taking part in the food advent calendar. As somebody who loves cinnamon rolls, I am sure this will also taste great!

Thank you so much for organising it, Jenny! I am amazed to see so many wonderful recipes in one place!

It looks and sounds delicious. Perfect for Christmas morning I think! Thanks

It was delicious indeed! Thank you, Rachel!

Daniel. Beautiful pictures! And I don’t think it looks too cooked. It has a beautiful color. Mmm. I can just imagine the smell 😋

Thank you so much, Lizet!

Daniela, That is one pretty Christmas bread roll. I bet the house smelled devine while baking.

Thank you! It smelled fantastic, indeed!

This sounds perfect! Thank you for such an easy recipe!

Thank you for your kind words! 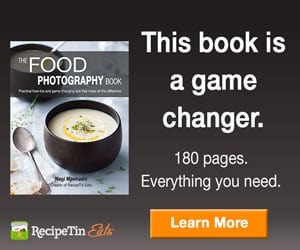