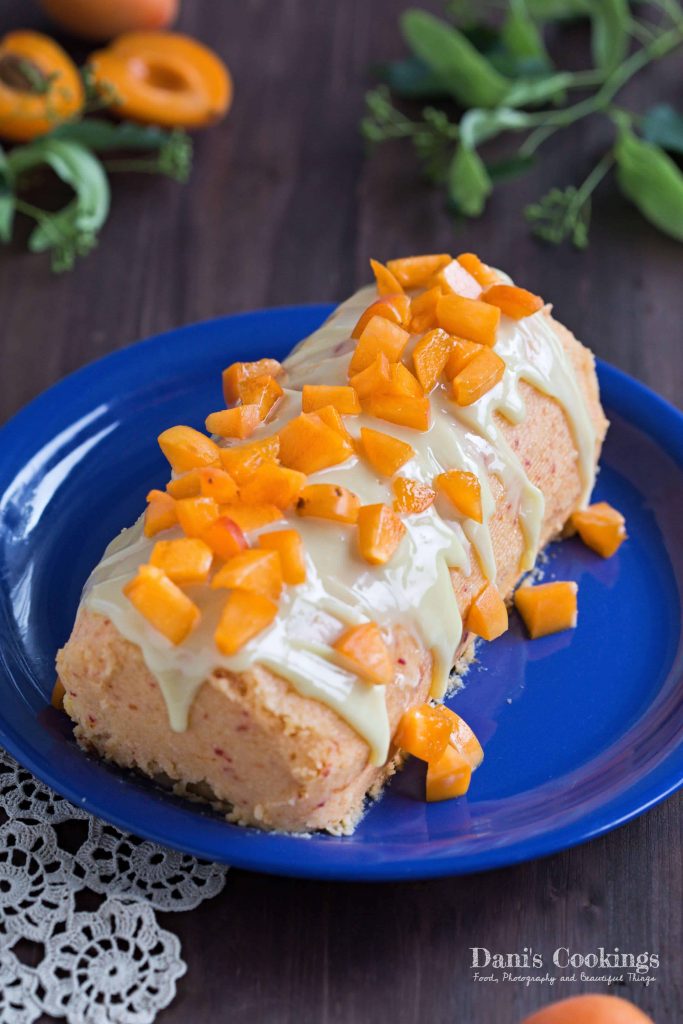 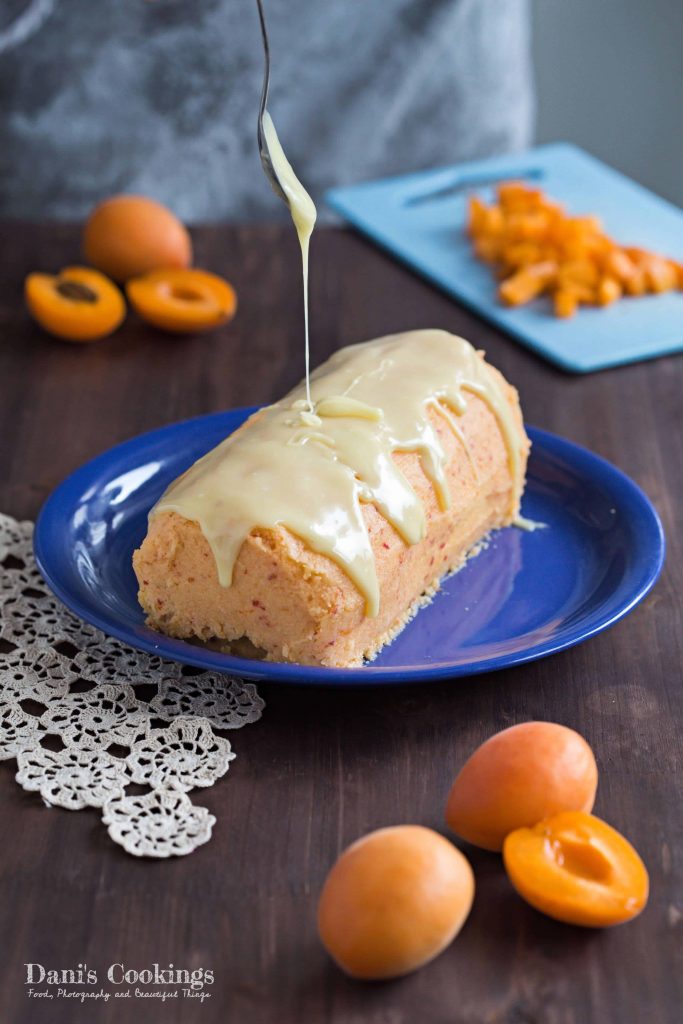 Every year I keep asking myself which fruit I like more: apricots or peaches. Every year the answer is both and every year I try to eat as much as possible of them during their season. Both are fantastic in desserts therefore I am very happy to present you my first creation with flavourful apricots: Apricot Cake Roll. 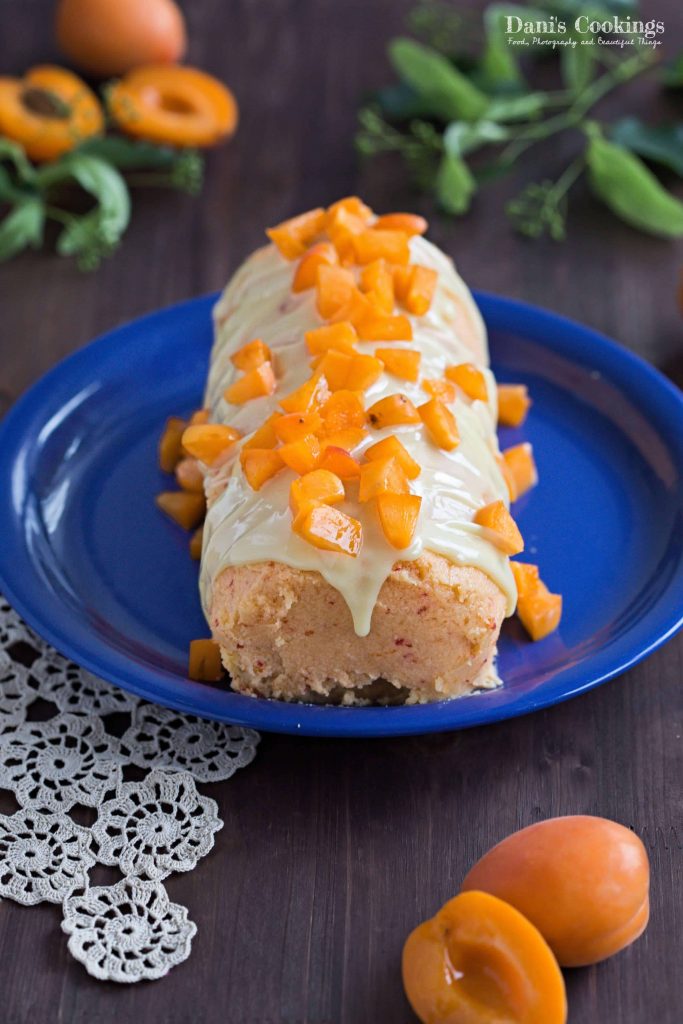 To be very honest my initial idea for that cake was to make it as a vertical roll cake. But somehow I didn’t consider correctly the yield of my sponge cake base so at the end it wasn’t enough for a vertical roll. That’s why I made a regular roll cake. In spite of failing in terms of shape, it ended up as a big success taste wise. 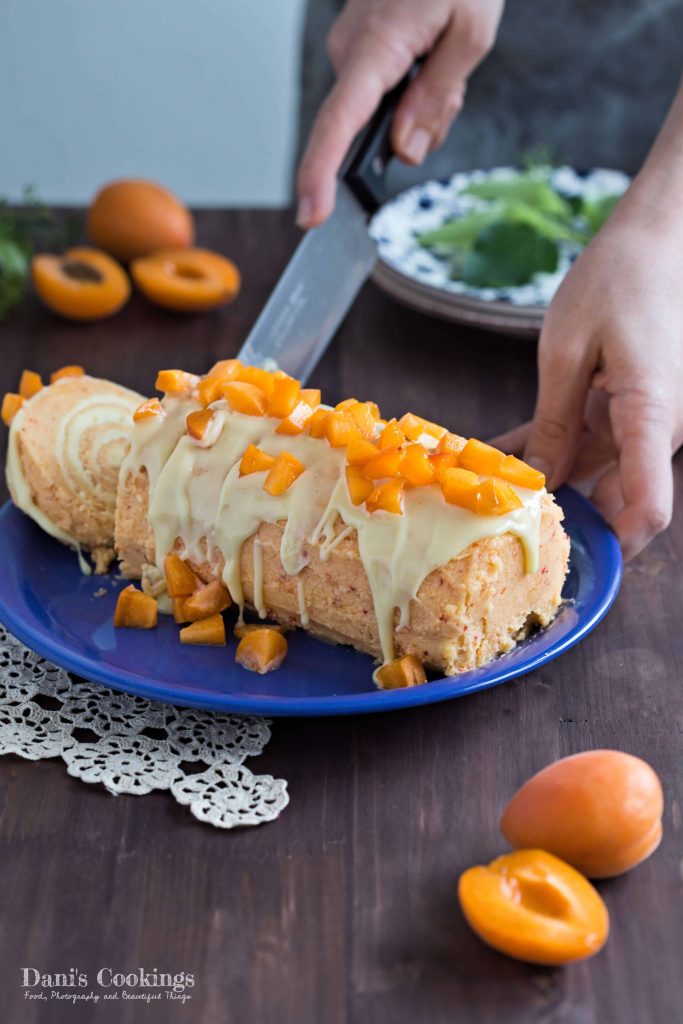 If you haven’t tried an apricot dessert so far, I recommend you to do it as soon as you can! You might not be realising what you are missing. My first apricot cake was made with dried fruits and was unbelievably tasty: Lemon Pistachio Cake With Apricot Frosting. It is actually one of the tastiest cakes I have ever tried! The second dessert with the same fruit was the Apricot Tiramisu with Blueberries. This was another very tasty experiment which had a great success. 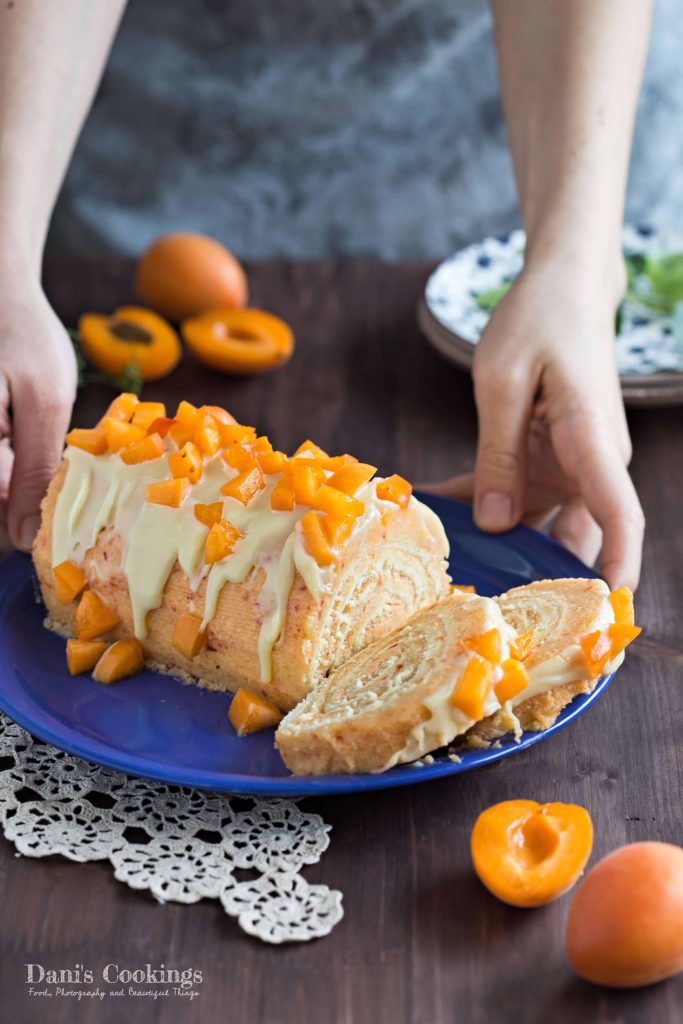 What’s the special thing about today’s Apricot Cake Roll? It is actually a quite simple dessert but its simplicity is very delicious. The sponge cake base together with the apricot buttercream are a wonderful combination. The only thing you need to bear in mind if you decide to make it is that the buttercream is quite sweet so people that are not much into sugar might find the cake a bit overwhelming. 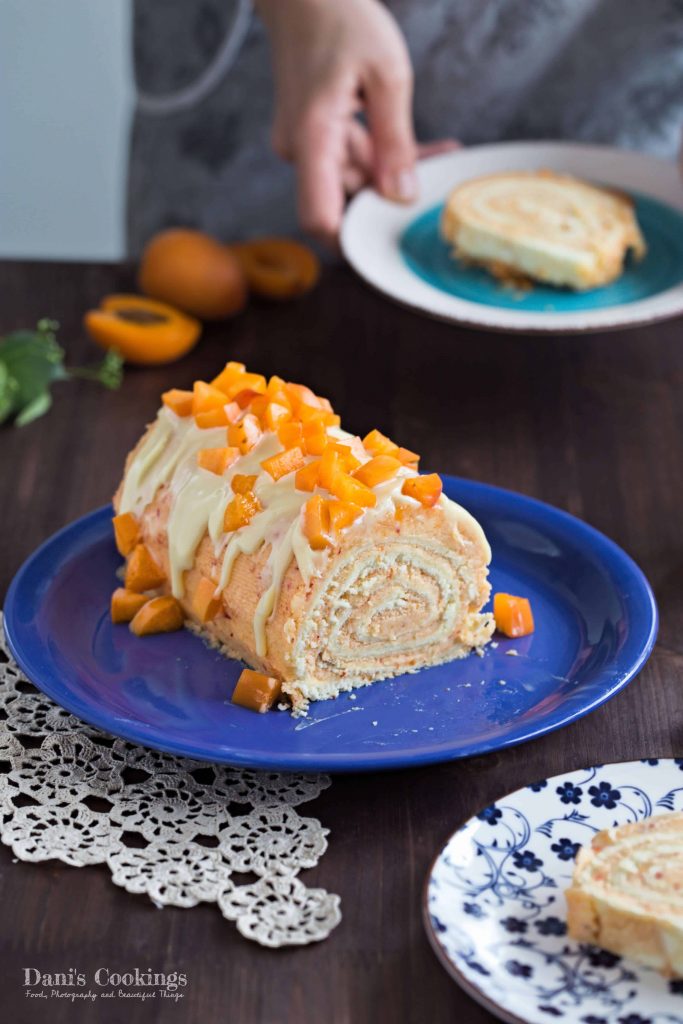 There are two ways for that cake to be rolled out. The first one is like a normal roll: simply spread the frosting all around the sponge sheet and then roll it. The second method (the way I did it) is to cut the sponge base in two equal parts and then roll them up overlapping one another, starting from the short side. The will make the roll a bit shorter but with a very rich texture inside. 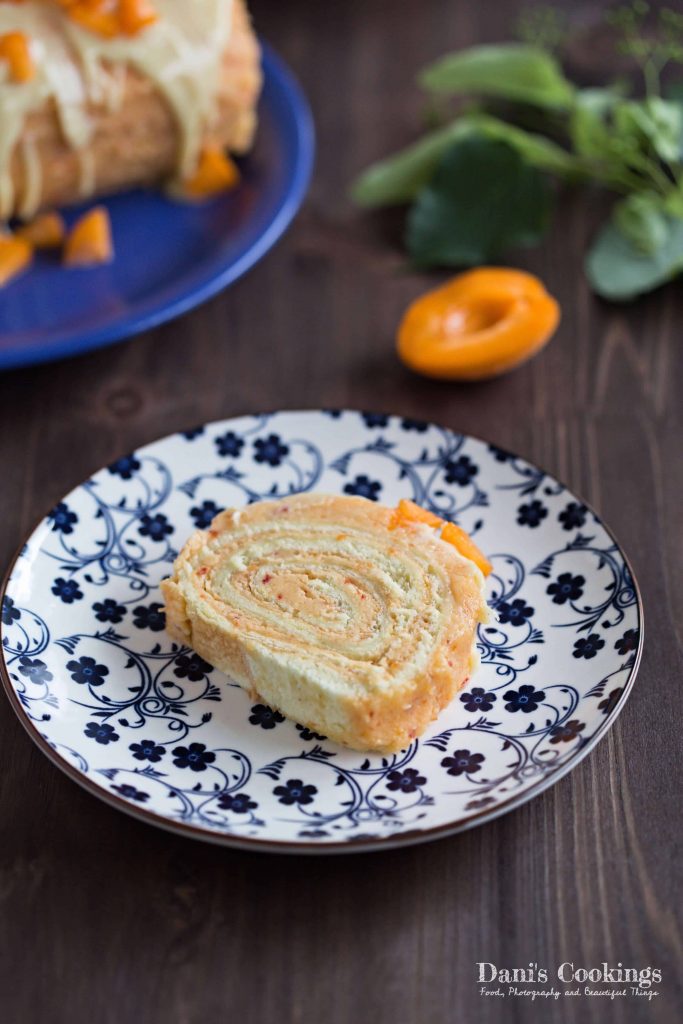 No matter how you do it, surely the taste will be delicious! If you make the Apricot Cake Roll at home, I will be glad to receive your feedback, as always 🙂 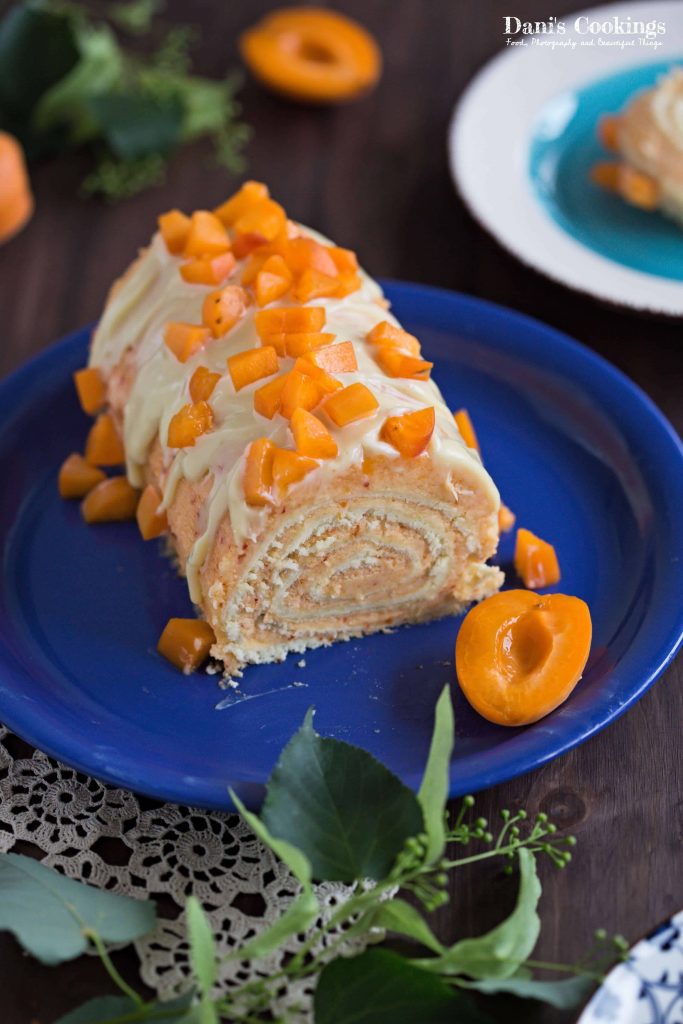 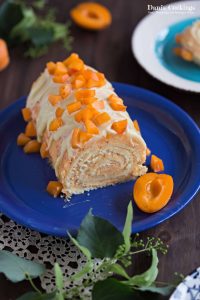 For the Apricot Buttercream Frosting:

For the chocolate graze: