This Chocolate Cheesecake with Mango is one of the most delicious desserts you can imagine! The creamy texture, buttery crust and aromatic topping make it a real decadent treat. 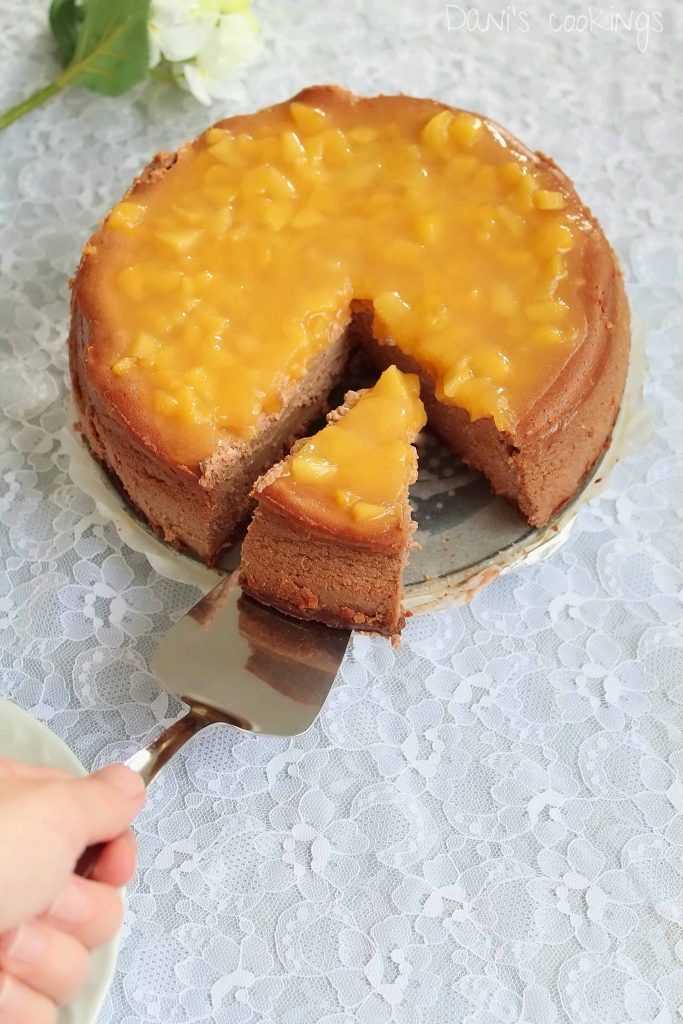 I need to confess: I am a big fan of Rudolf Van Veen. But in fact I don’t know anyone interested in desserts who doesn’t like him! I’ve learned quite a few things from his TV program Rudolf’s Bakery. Unfortunately I almost stopped watching TV at home after my son was born, so I haven’t had the chance to see Rudolf’s newest sweet creations (in the past I used to keep the TV on at home almost all the time as a background, always on food programs, of course). 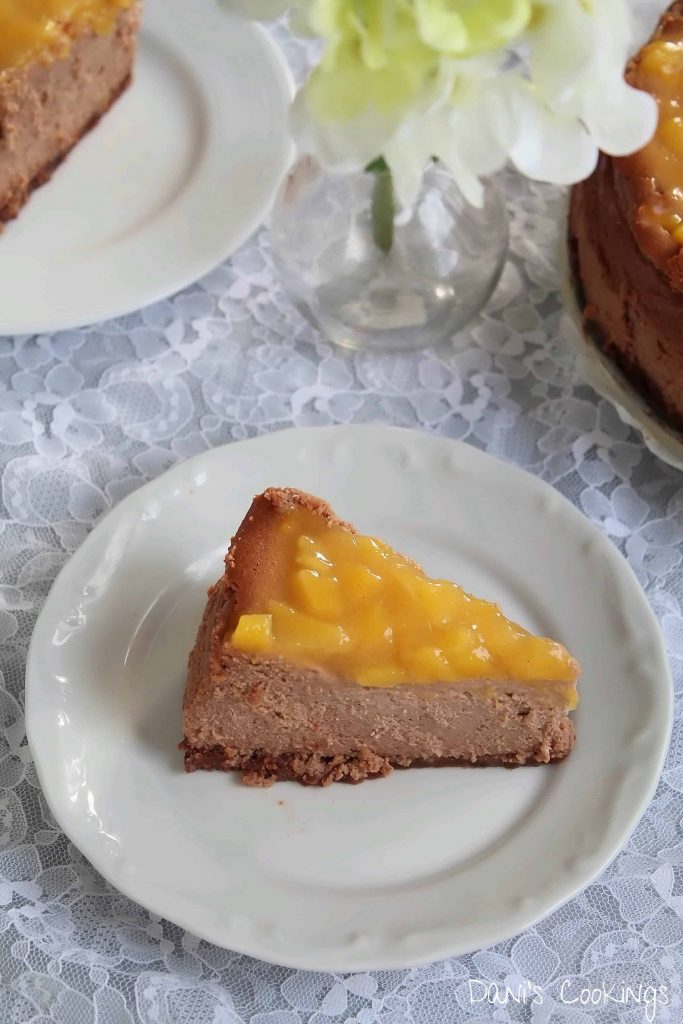 My mom likes Rudolf as well and she enjoys trying his recipes too. One day she made this cheesecake and we all agreed that it was incredibly delicious! I am a cheesecake lover in general but this one was impossibly tasty. My mom told me she did few mistakes in the recipe and eventually didn’t follow it strictly, but she was happy the cheesecake was still good. I decided that I had to try it myself and investigate what kind of mistakes she had made…
The original recipe looked to me a bit too rich: the chocolate cheesecake by itself is so nice that I don’t think it needs a heavy topping. But as the chocolate pairs incredibly well with the mango, I made the topping similar to my No Bake Cherry Cheesecake, just I used mango instead of cherries. 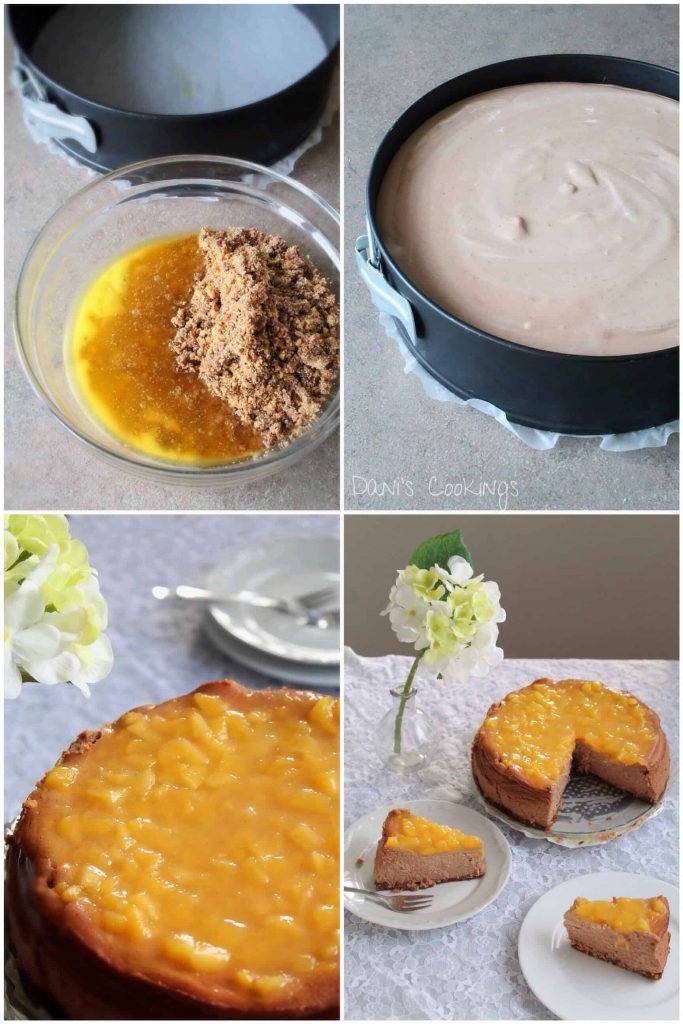 Why is this cheesecake so great

First it has a very velvety chocolate filling, with a perfectly nice texture and taste. It feels like thicker chocolate mousse, unbelievably great, especially if you love chocolate. On the other hand, it turned out that the not so usual combination of  mango and chocolate is incredibly good. This dessert it is definitely worth trying!

When the chocolate cheesecake with mango topping was ready, I asked few of my usual testers to give an opinion about the quality of my new dessert. This time I received the unanimous answer “unbelievably tasty”! Well, I must admit I was very happy with it too. I think it’s not even exaggerated to say that this was the best cheesecake I have eaten so far! 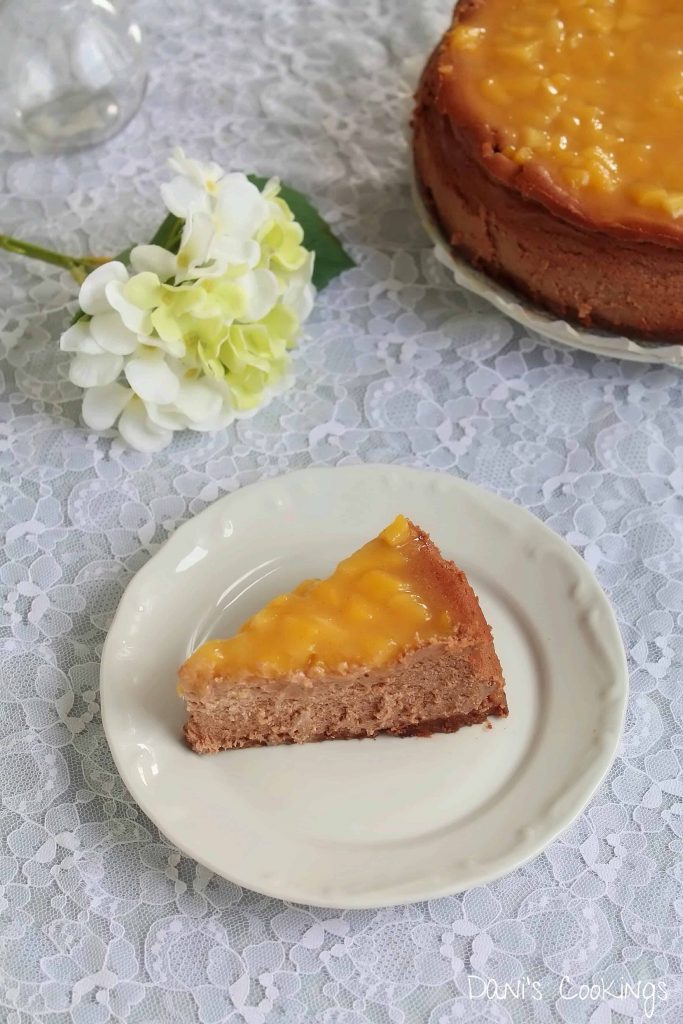 I would be really happy if you share your opinion about this cheesecake. If you liked the recipe, please share the link in social media so more people can benefit from it! 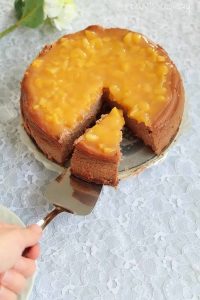