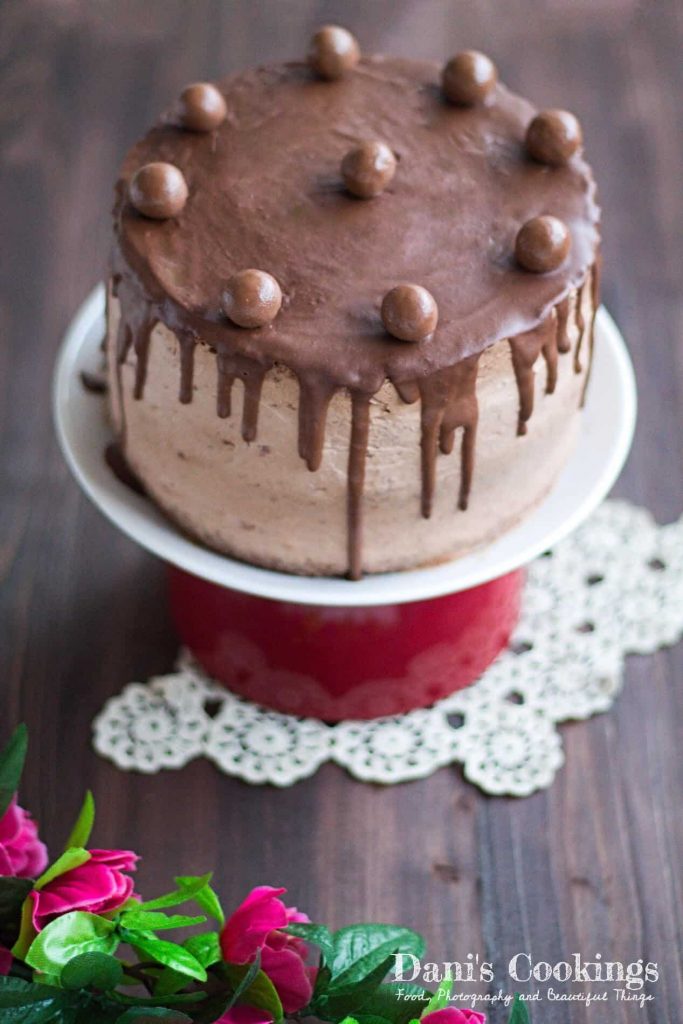 This month I took 3 days off from work, just to have a bit of rest. I chose the week of St. Valentine’s Day because for some reason this was the time with less meetings in my calendar. Of course, my colleagues thought that I was about to go for a romantic holiday with my better half. “Not really”, I said.“I am taking holidays to bake cakes!” 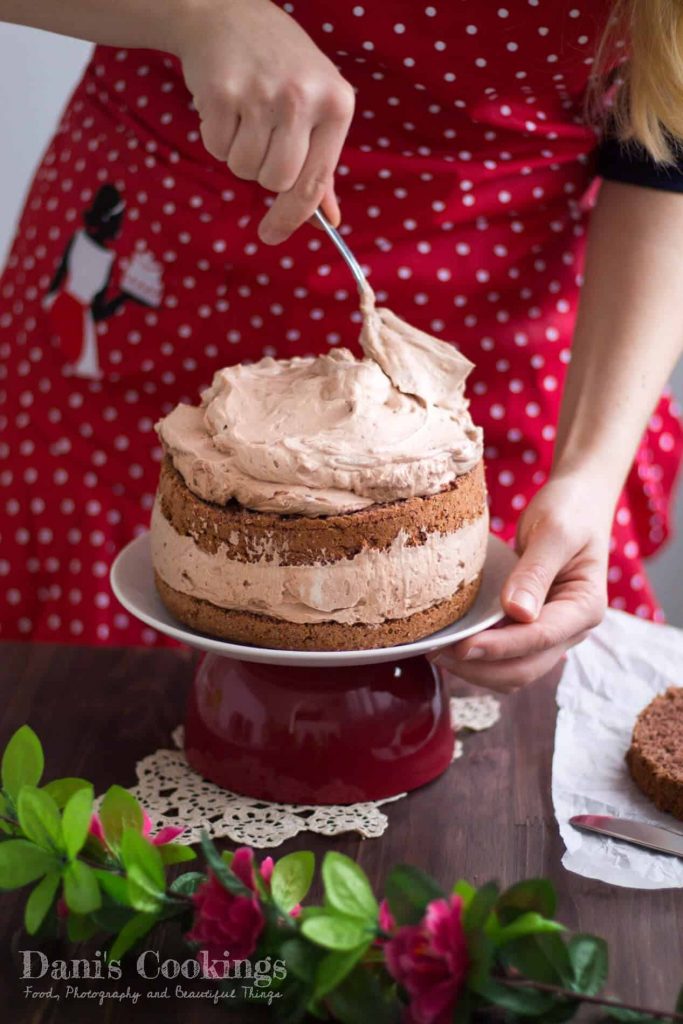 I know this sounds weird. A normal woman would take few days off in order to spend time at a beauty salon, to watch series all day in her pyjama pants while eating ice cream directly from the box and to sleep up to 12h a day. I took my holidays only do a 3-day heavy baking exercise.
I planned very strictly all the activities for these three days. My goal was to produce at least 4 desserts. However I didn’t manage to avoid some unexpected situations. 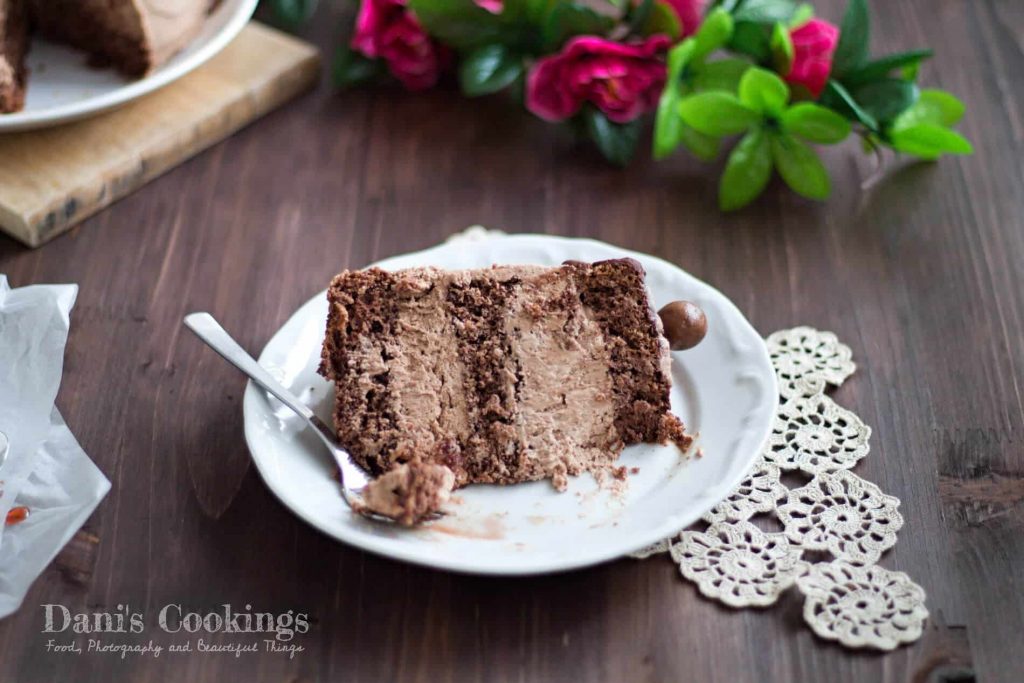 Day 1: Early in the morning I started photographing my Chocolate Sponge Cake with Cheesecake filling which, luckily, I had started to prepare the day before. But apparently my son got too shocked that I was paying more attention to a cake than to him. He made a drama. I finished taking pictures very quickly and brought the kid to my mother’s place. My plan for the rest of the day was to do shopping for few hours (I had a mall gift certificate which was waiting to be spent almost 6 month already) and then to bake cake number 2.
It turned out that my mother was not feeling very well. She was about to go to the doctor that same afternoon, suspecting an ear infection. I felt a bit guilty but I still left my son there until the afternoon when the nanny was supposed to come home.
So on the first day I almost managed to complete the plan: in the afternoon after the shopping I managed to bake the base of the second cake. In the meantime the nanny asked to be off the day after due to some urgent arrangements. That was also St. Valentine’s day when my better half and I had a booking for dinner. Looked like our son had to spend the night at his grandma’s place: good for us but not for her. 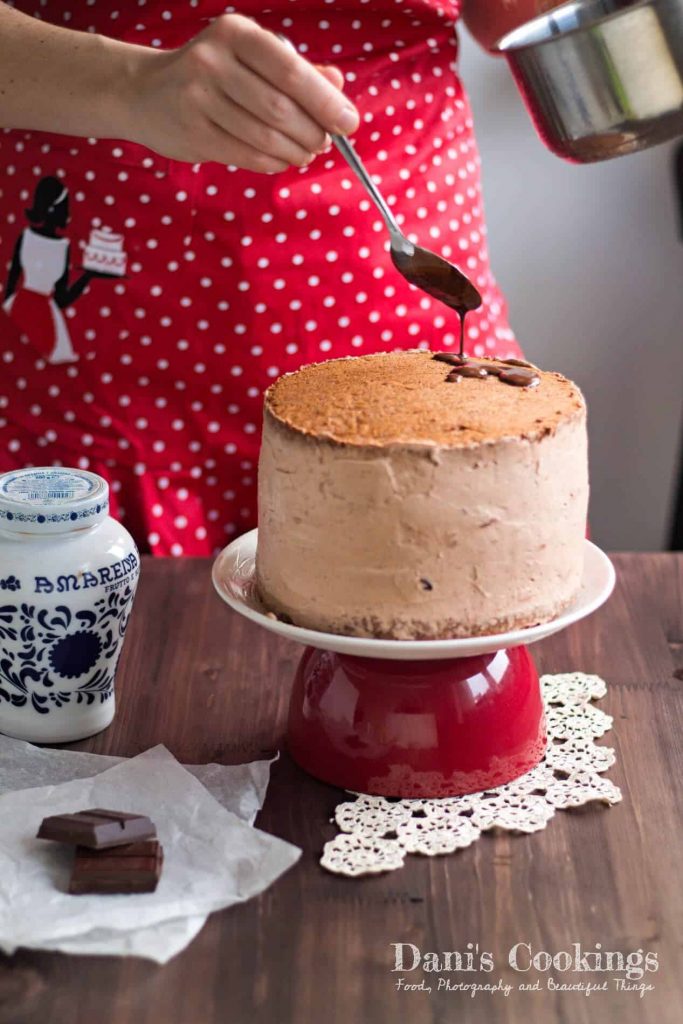 Day 2: In the morning I was invited together with my son to visit a friend and her two kids at their house. We had a great time but I kept being worried by the thought of my pending baking tasks. I brought my son to my mother’s place around noon. She still wasn’t fine but she was already taking painkillers prescribed by the doctor. I was divided between an enormous feeling of guilt for leaving my son with her and a big excitement that I would not only manage to prepare the second cake but I would potentially even have one full night of sleep!
I spent that afternoon finalising the cake, photographing it and baking french macarons. Shockingly, I got almost tired from baking! During our dinner surprisingly I didn’t feel like eating dessert.

Day 3: I woke up too early, apparently by habit, so I didn’t manage to have the expected good sleep. But at least that morning I managed to finalise the cake and the macarons and to shoot all the remaining photos – something unthinkable if my son was with me. In the meantime I also called my mom: she was almost hysterical! Our toddler did not sleep or eat much but he managed to break a plate and to cause some more troubles in her house… I felt guilty again. Very quickly I finished what I was doing and took my son home before noon. Few hours later his nanny arrived. But I was already so exhausted after all the running around the city that I didn’t manage to bake a fourth dessert, as I had planned.
On the next day I was already at work, partially refreshed by the short holiday, partially tired again… Looks like I should really take another holiday in the next few months and use it to spend some time in various cosmetic and spa centres and relax for real. 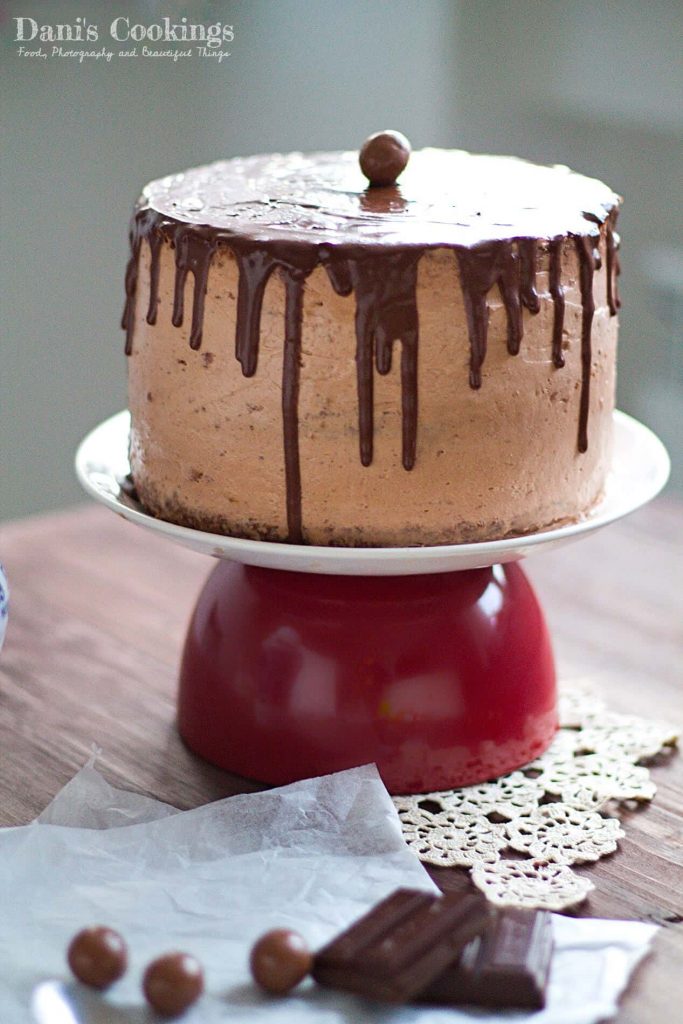 So the result from these 3 days was: 2 different cakes and one kind of french macarons. Not bad actually, considering how much time I spent running back and forth. 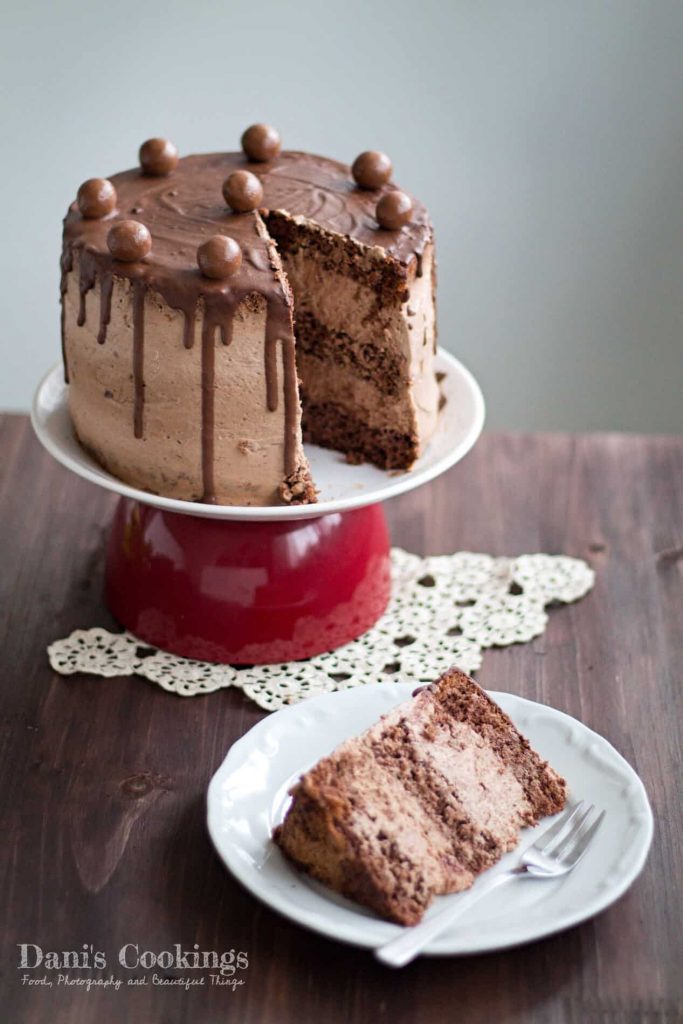 And today I will present you the first dessert from the series: Chocolate Sponge Cake with Cheesecake filling. That’s the perfect cake for everyone who loves milk chocolate and for every cheesecake fan! Recently, due to this recipe, I rediscovered how wonderful are the sponge cakes so now I decided to try something similar but with cocoa powder. The sponge cake is a real magic: doesn’t need any levellers, it raises just with the power of the whipped egg whites. And it is so fluffy and tasty! 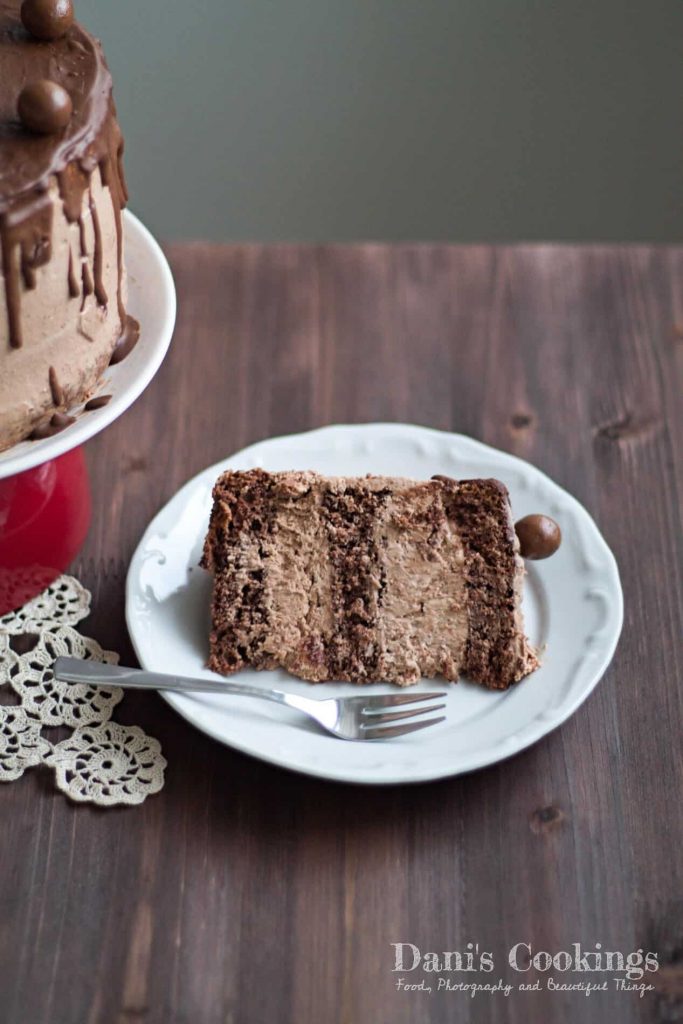 The filling of this cake is also incredibly nice: it tastes and feels exactly like a chocolate cheesecake. The added morello cherry preserve gives it an irresistible sweet and sour touch.
I am pretty sure that you would just love this cake! 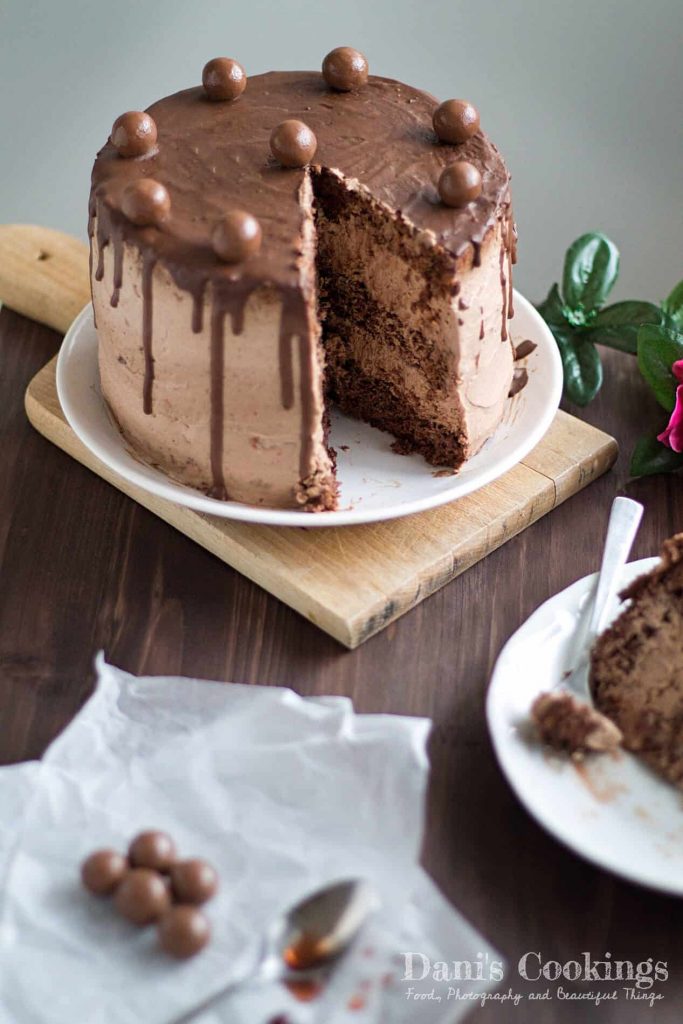 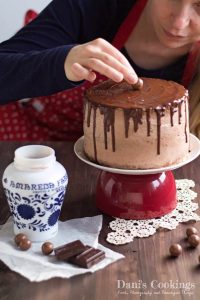 For the sponge cake:

For the Cheesecake filling:

Store the cake refrigerated for 2-3 days.
Cake Pan Conversions CalculatorAdapt any cake recipe to your pan with this calculator!
Tried this recipe? Show me your creation!Mention @daniscookings in Instagram or tag #daniscookings! 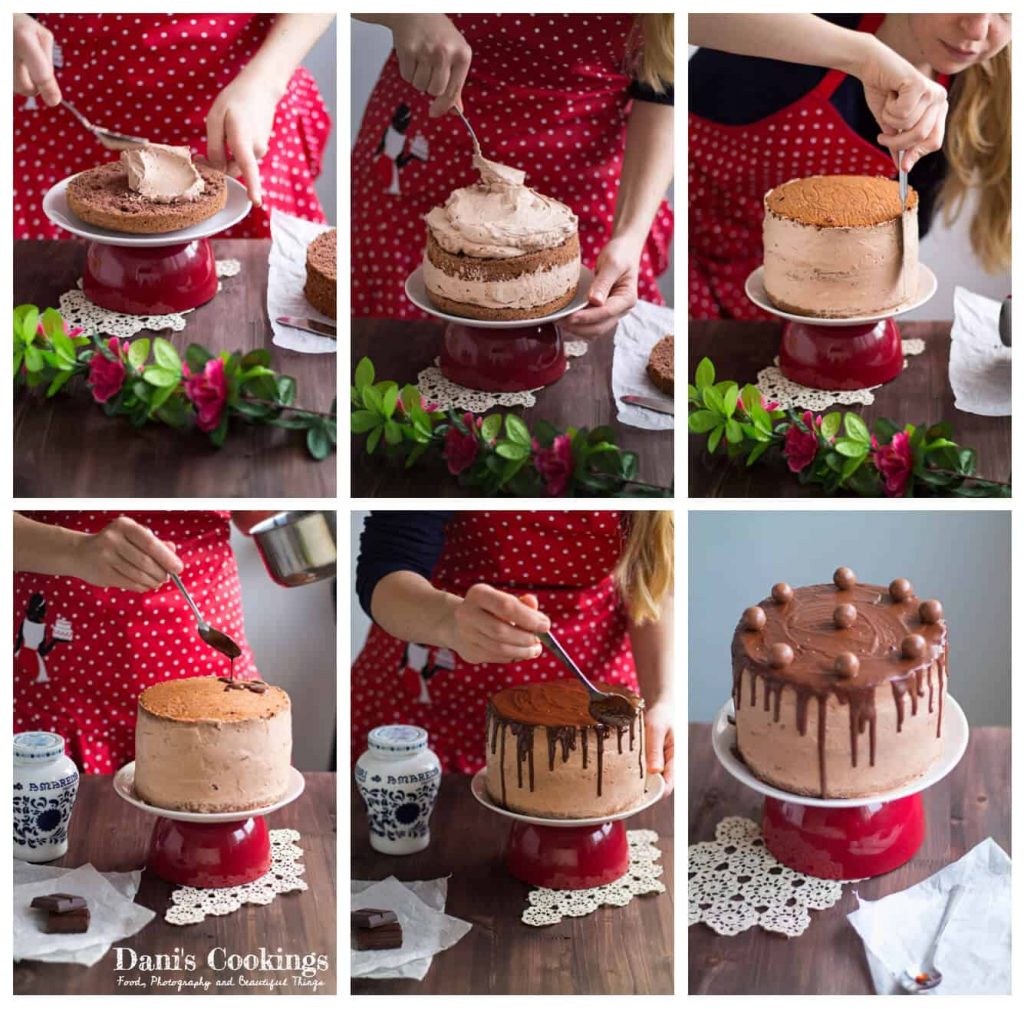