This wonderful Coconut Cream Pie is the absolute proof that delicious desserts can be also healthy! It is sugar-free, gluten-free, sweetened with dates and maple syrup and topped with rich coconut cream. It is the perfect light dessert which is also vegan and suitable for kids and adults. A tasty experience made of simple, plant based ingredients. 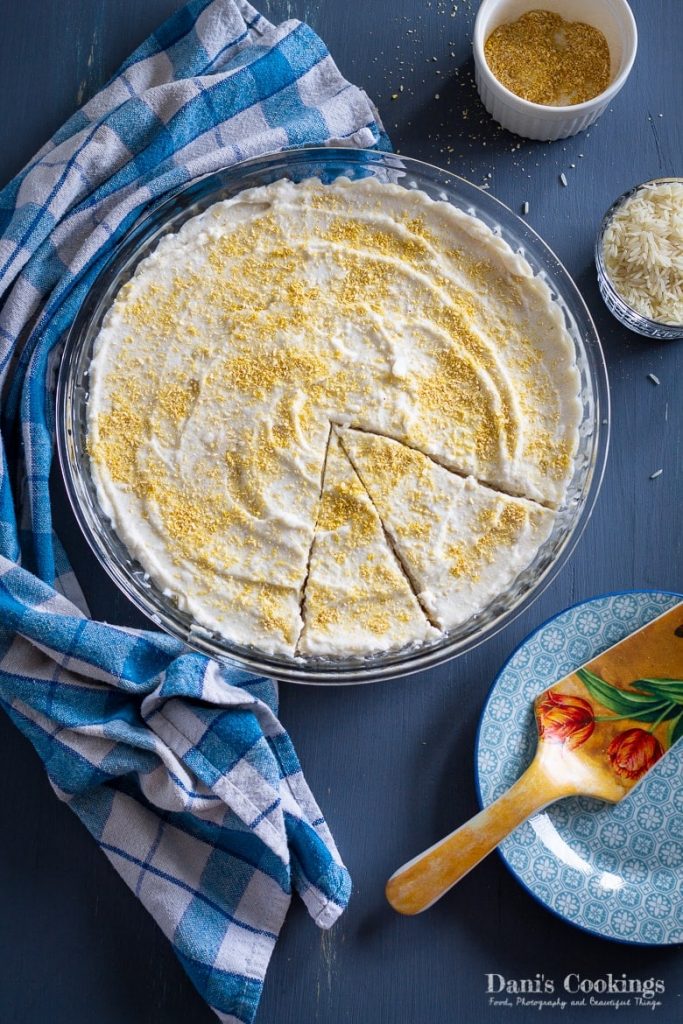 What ingredients do you need for this recipe 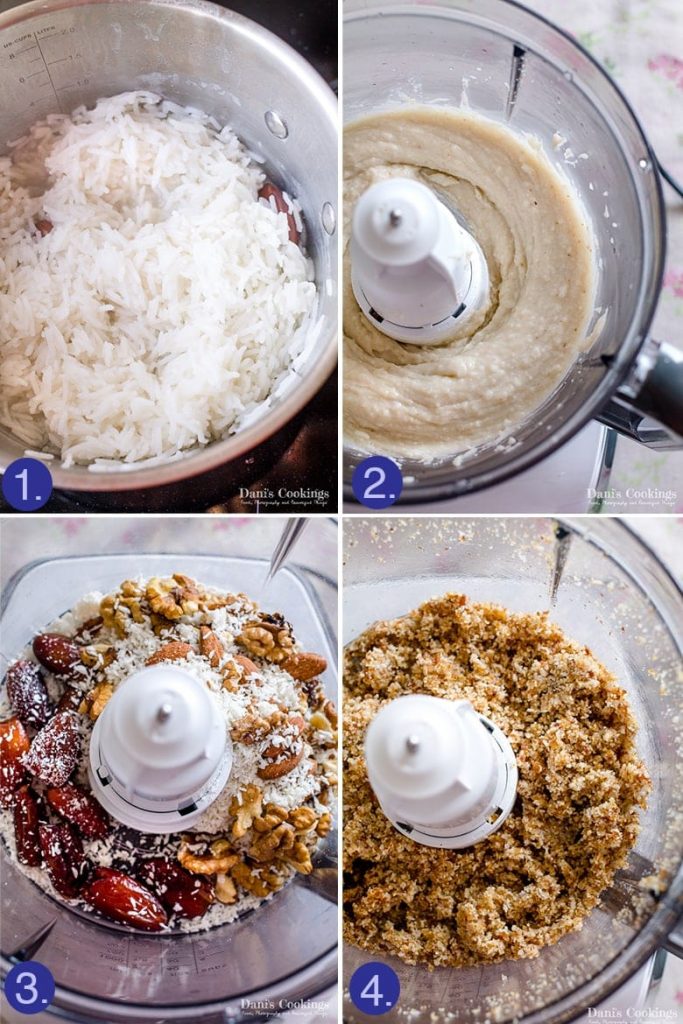 The classic coconut cream pie is usually filled with a custard made of milk, cream, eggs and cornstarch of flour. But our dessert is vegan so I had to be creative. There are many versions of the vegan coconut pie around the web and majority have a filling made of non-dairy milk thickened with cornstarch. I wanted to try something different that’s why I chose to make the filling with rice: something like a rice pudding blended for a smoother consistency. I used a homemade rice milk for the filling but any vegan milk works. 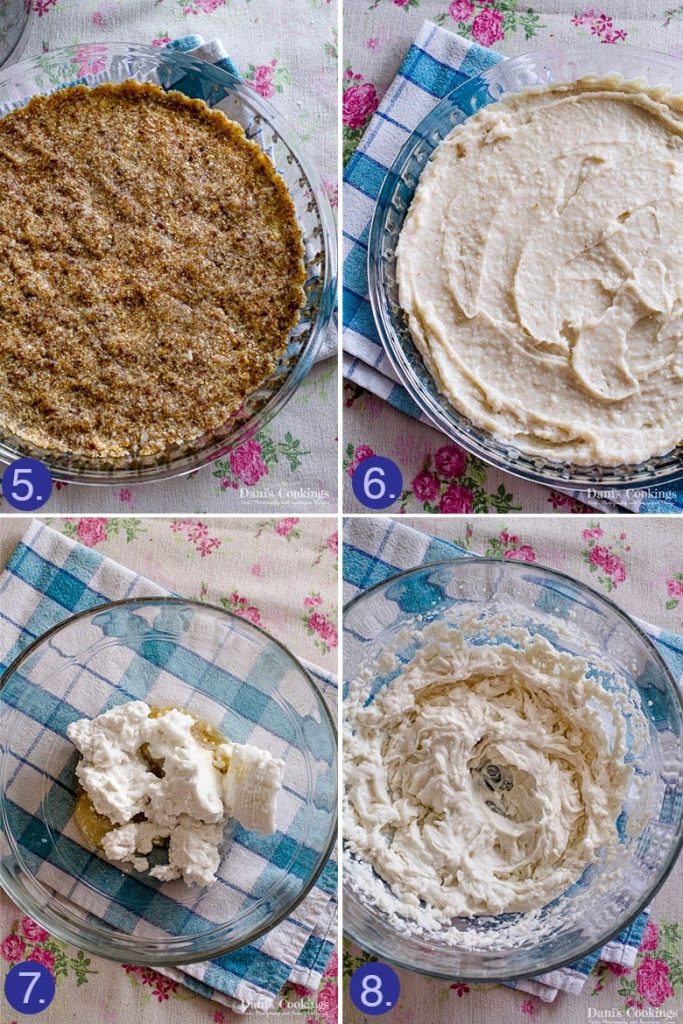 The crust is made with dates, walnuts, shredded coconut and coconut oil, blended in a food processor. For a better texture and easier work with the crust you would need to add also a tablespoon of the filling. It is a very tasty crust, nutty and sweet.

How to make this Vegan Coconut Cream Pie from scratch

Majority of the work for this Vegan Coconut Cream Pie is done in a food processor. The “hardest” part is to boil the rice filling and to let it cool. Then you need to make the crust in the food processor and press it onto the bottom of your pie pan. The next step is to make the filling in the food processor and spread it on top of the crust. At the end whip the cold coconut cream with some maple syrup and top the pie with it. Leave the pie in the fridge. It is better consumed on the next day, after the flavors have blended well together, but you can also eat it within 6-8 hours. 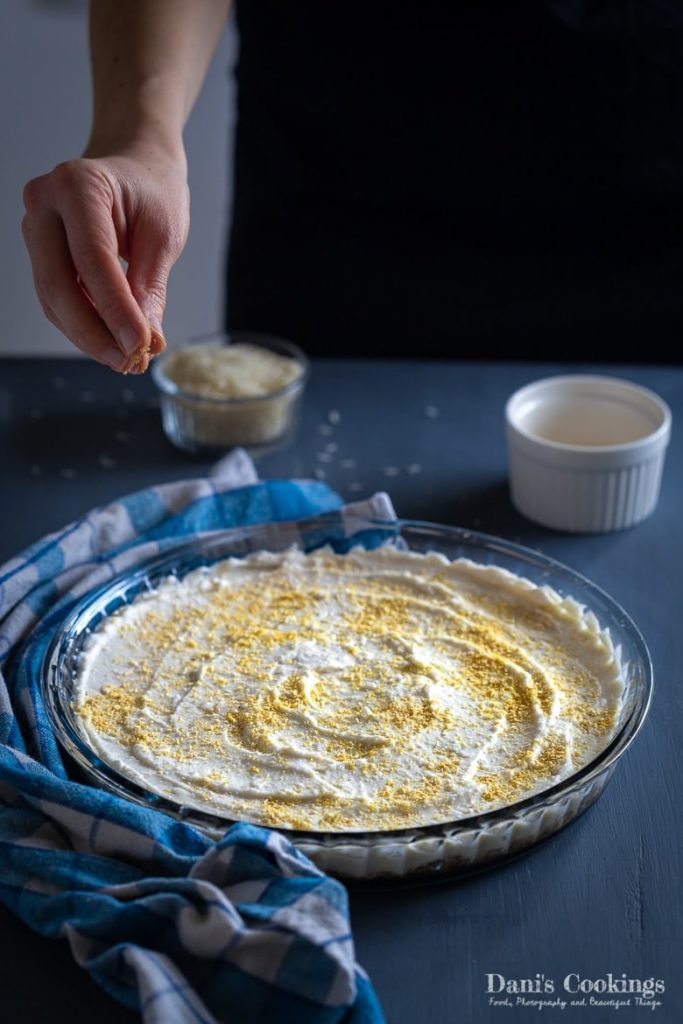 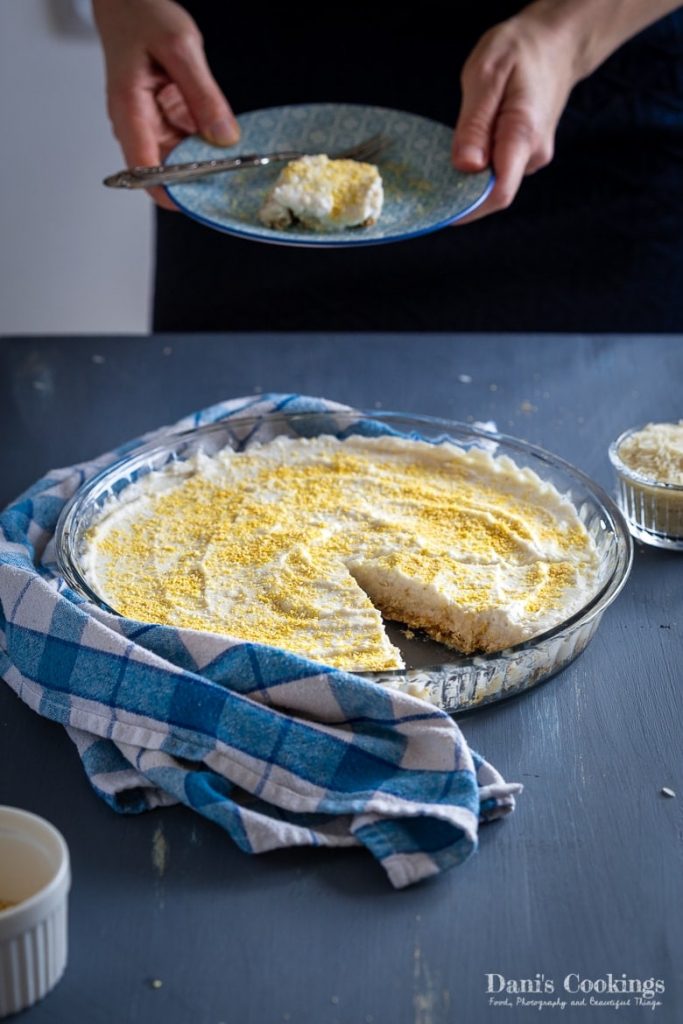 How long can you keep this Coconut Cream Pie

This pie keeps perfectly 4 to 5 days in the fridge. In my opinion it is even tastier after the third day as with the time the flavors blend well together and the crust gets moistened by the filling. The great thing of this pie is its taste combination of rice, coconut and nuts so the longer it stays, the better these flavors blend together. It also freezes well and can stay frozen for up to three months.

If you enjoyed this recipe, you might also like some other vegan recipes:
The Best Vegan Chocolate Cake
Vegan Black Bean Brownies
Raw Red Velvet Cheesecake

Did you like this recipe? Feel free to share the link in social media so more people can benefit from it! 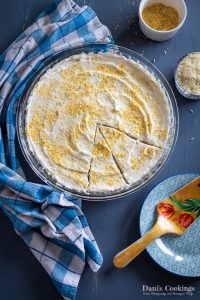 How to Work with Chocolate