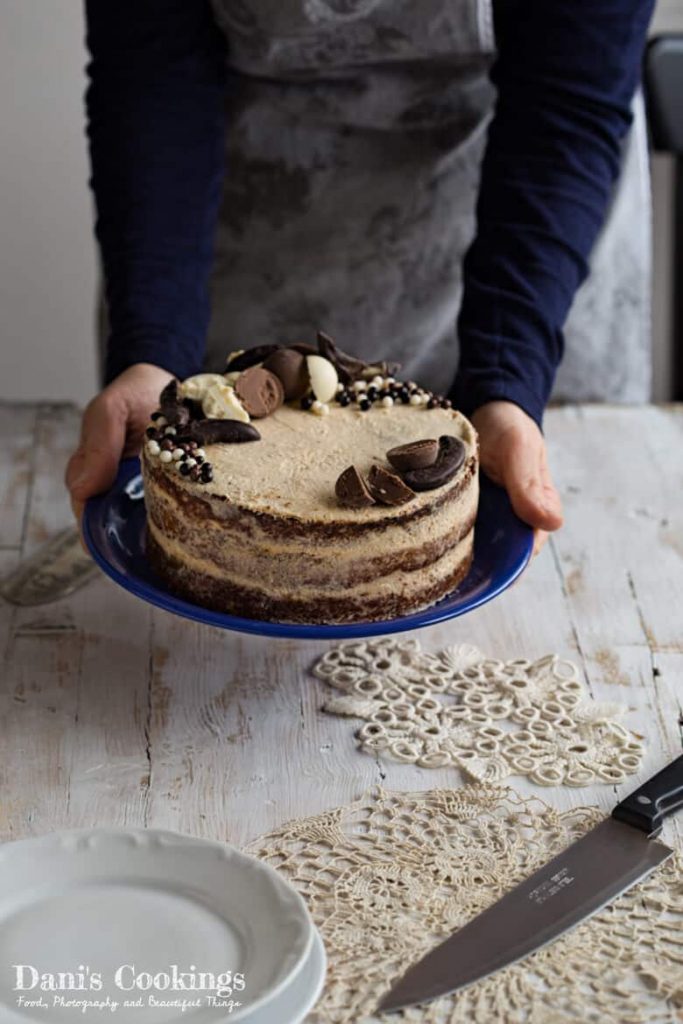 This cake tastes like the special dessert of someone’s grandmother. It has a soft texture and is wonderfully delicious – the perfect layer cake! Hard to believe how easy it is to make this Chestnut and Spelt Cake with Beer! 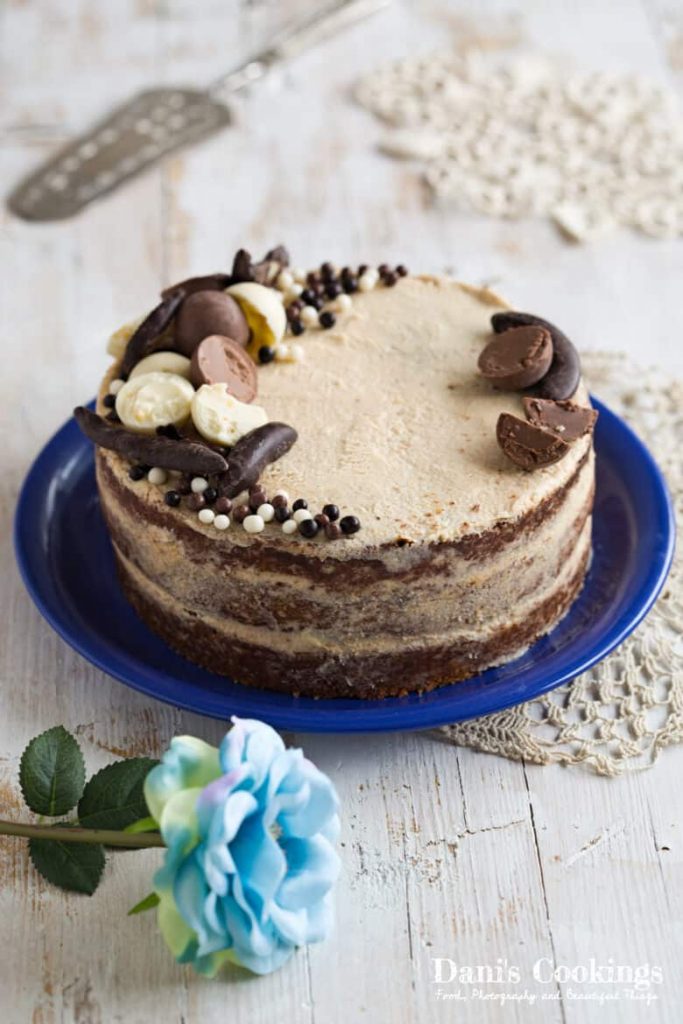 Chestnut flour has been a bit of an obsession for me recently. Until few weeks ago I had never baked anything with it so I wanted so badly to make a chestnut dessert! I have to confess that as much as I like the taste of chestnuts, I rarely buy them because I find it unbelievably annoying to cook and peel them afterwards. There are so many nice and interesting recipes with cooked chestnuts which I would probably not try soon… But what about chestnut flour? It sounded really intriguing so it didn’t take me long to buy some. 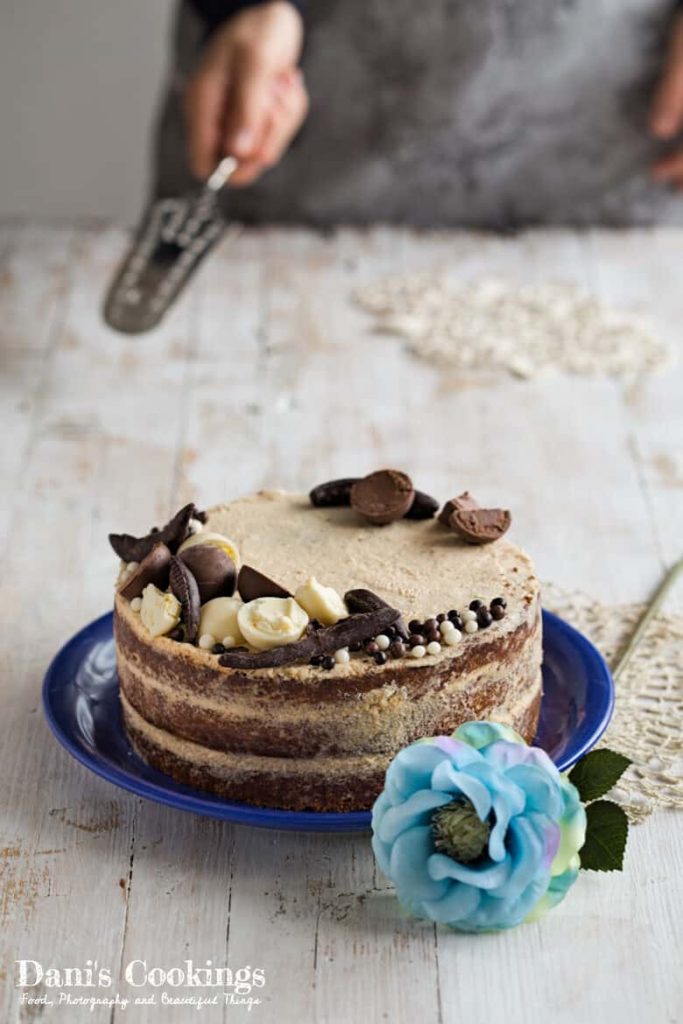 Chestnut flour has a very nice nutty flavour. It is gluten free and contains some healthy vitamins and minerals. It is great used in combination with other flours: all purpose flour, whole grain wheat flour or spelt! 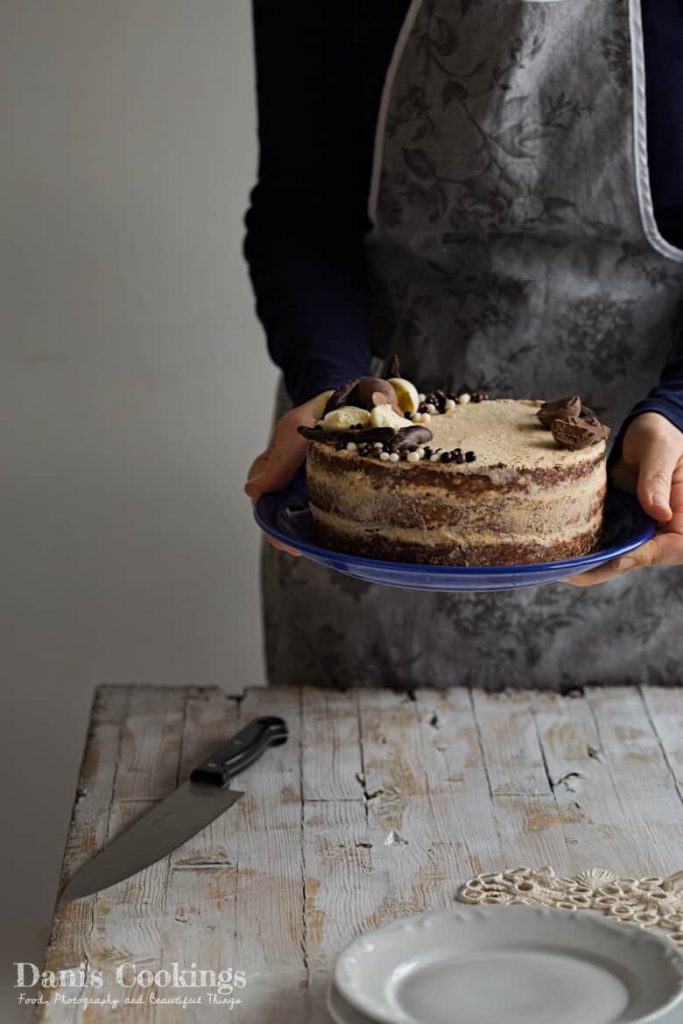 You might have noticed my absolute obsession with spelt flour! I love it for a variety of reasons: it is healthy, with excellent taste and makes the baked goods really moist and fluffy. I have made many deserts with it and mixed it with different fours. I can say that the combination with chestnut flour is one of the best I have tried so far. The texture of the cake is really nice, it is almost as moist as if it has been made with nut flour. Well, practically chestnuts are nuts but not as rich in fats like the walnuts or the almonds.

Why beer? Because it gives an interesting taste and additional moisture to the cake. And by the way, very little of this beverage is used in the cake so it won’t be a problem for your kids to eat it as well. But if you are too concerned, use a non alcoholic beer. The frosting of this Chestnut and Spelt Cake is wonderful too! It is made with chestnut flour and also with butter. It adds additional nutty flavour to the cake and contributes for its fantastic taste… So it is not surprising at all that I am eating a third piece today: that cake is a really a thing! I advise you to get some chestnut flour and to make it – it will be totally worth it! 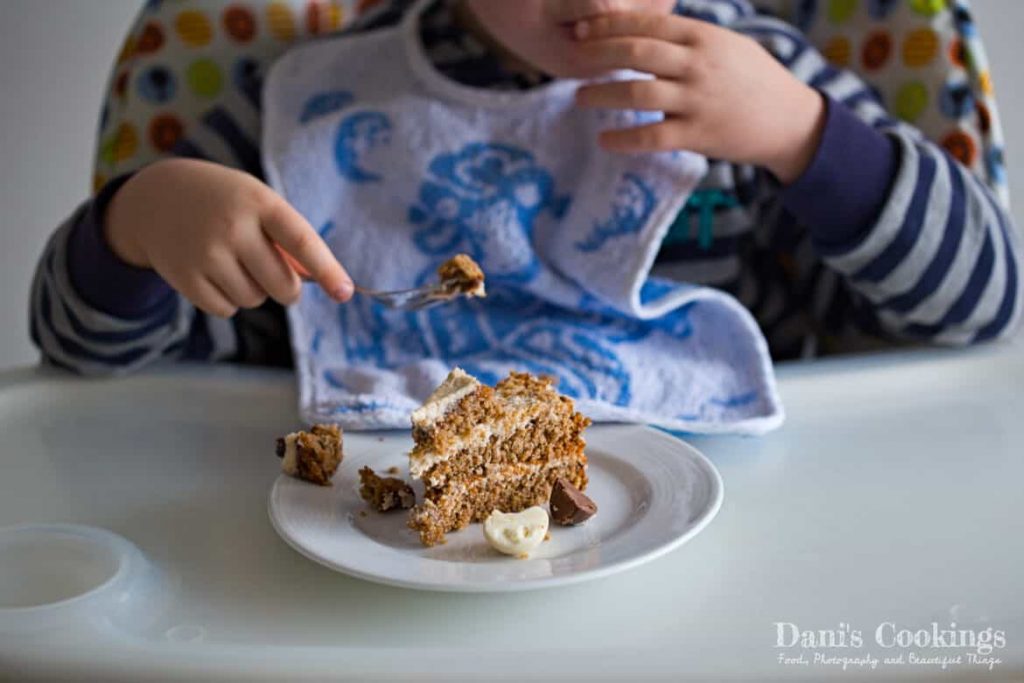 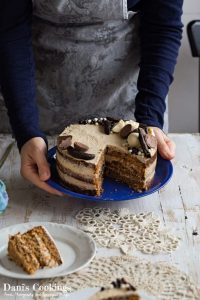 Chestnut and Spelt Cake with Beer

For a taller cake double the ingredients and bake two layers in the same size baking pan. This cake is almost naked. you can double the quantity of the frosting if you want a cake covered very well by frosting all around.
Cake Pan Conversions CalculatorAdapt any cake recipe to your pan with this calculator!
Tried this recipe? Show me your creation!Mention @daniscookings in Instagram or tag #daniscookings!
« Chocolate Yogurt with Strawberry Compote
Food Photography tips for beginners: camera, styling, composition and more »