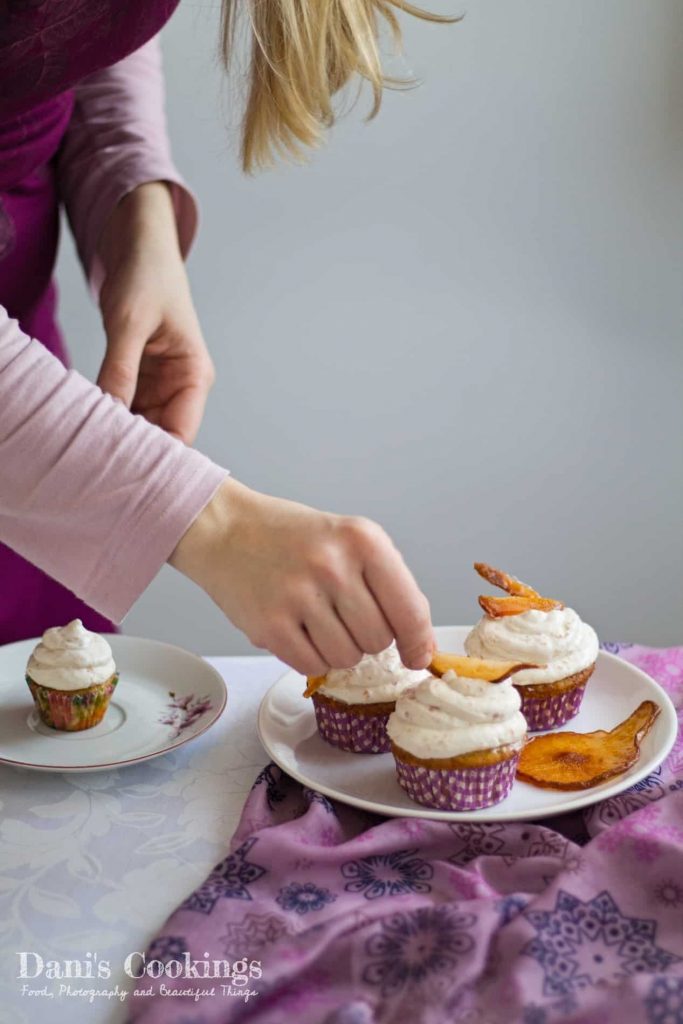 One Saturday morning I woke up with the idea that I had to bake a dessert with pears. A layer cake? No, I didn’t have enough time for it. A cheesecake? Well, maybe not. Then I remembered that it had been a long time since I baked any cupcakes… So that was it: I had to bake the best cupcakes with pears. Not an easy task! 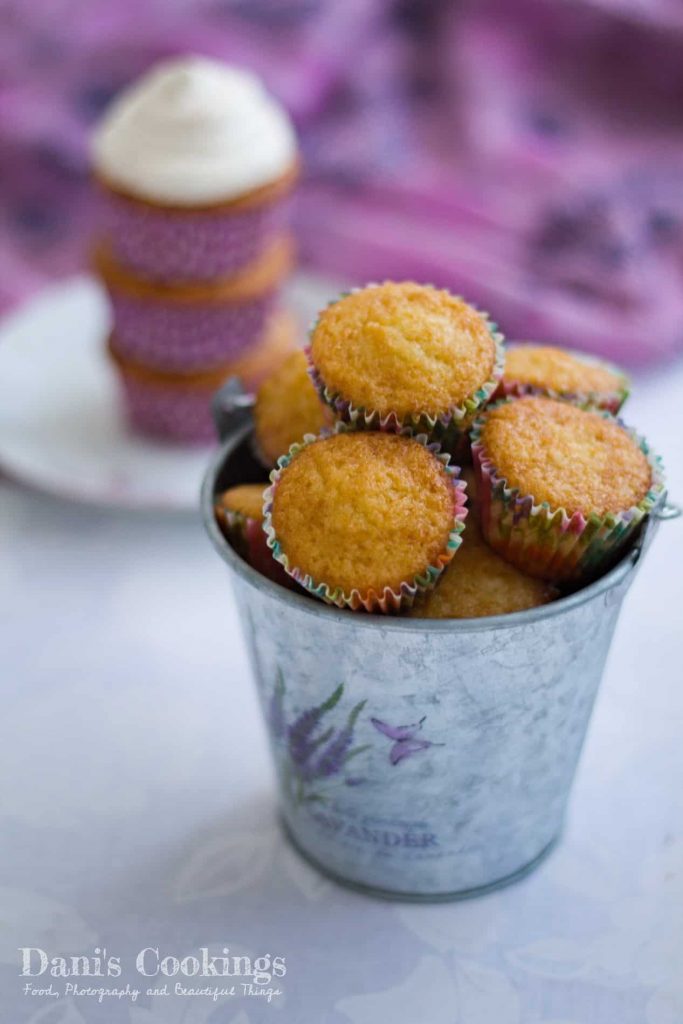 I guess the main reason why I thought about pears was because: 1) I found a forgotten jar of nice pear jam in the kitchen and 2) The previous day I had bought 2 pears and they looked so nice and ready to be used in a dessert. 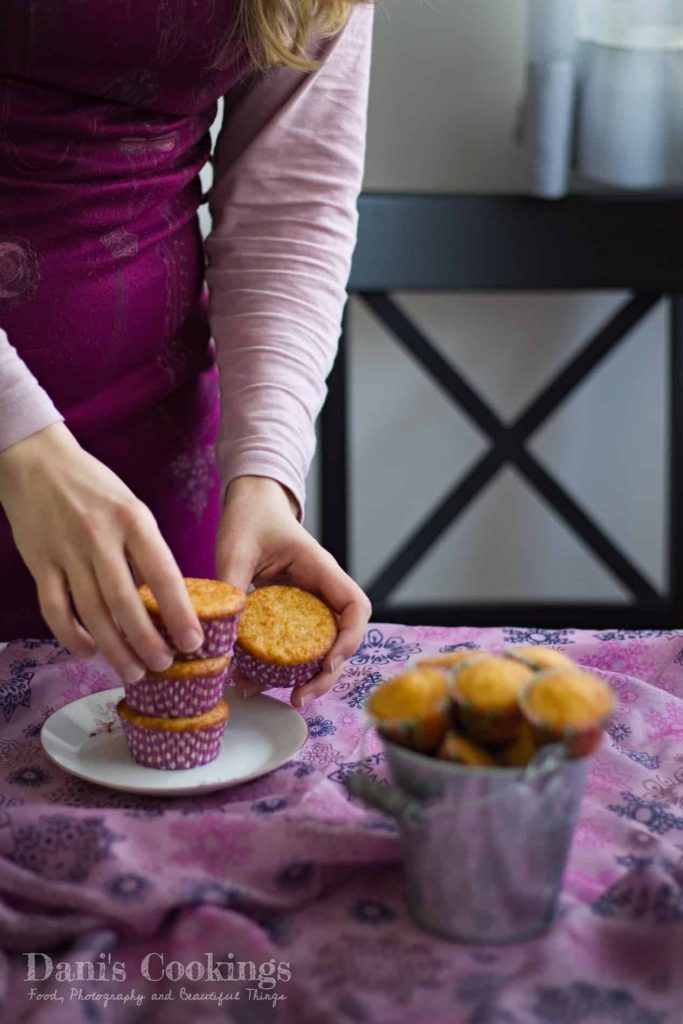 After deciding that the cupcakes were the best desert choice of the day, it took me almost half hour to find where I had put the muffin paper cases. I knew for sure that I had dozens of them because few years ago I was almost collecting them. When eventually I managed to discover that they were literally in front of me (I had put them in a very handy place on top of the kitchen cabinets), I realised that their colours were not very convenient. I had imagined the cupcakes in green or yellow cases but at the end I selected purple cases because these were the ones I liked most. 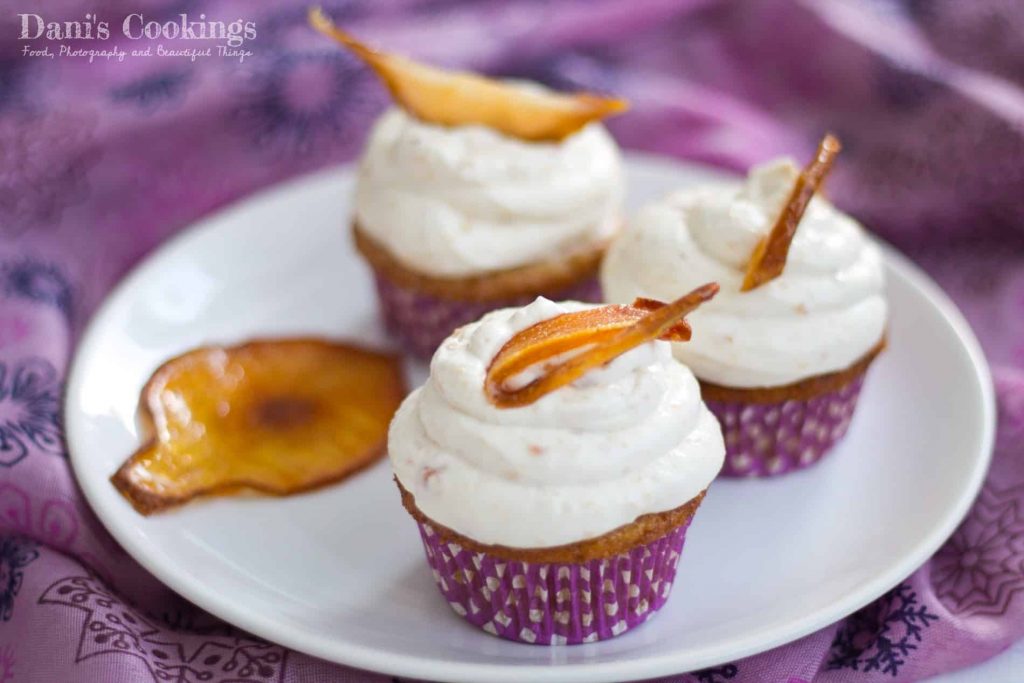 Remembering that long ago my grandma was baking cakes with lemonade, I decided to include in my cupcake recipe some pear cider. I added also a bit of yogurt which made them really nice and moist. I was very happy with the result! 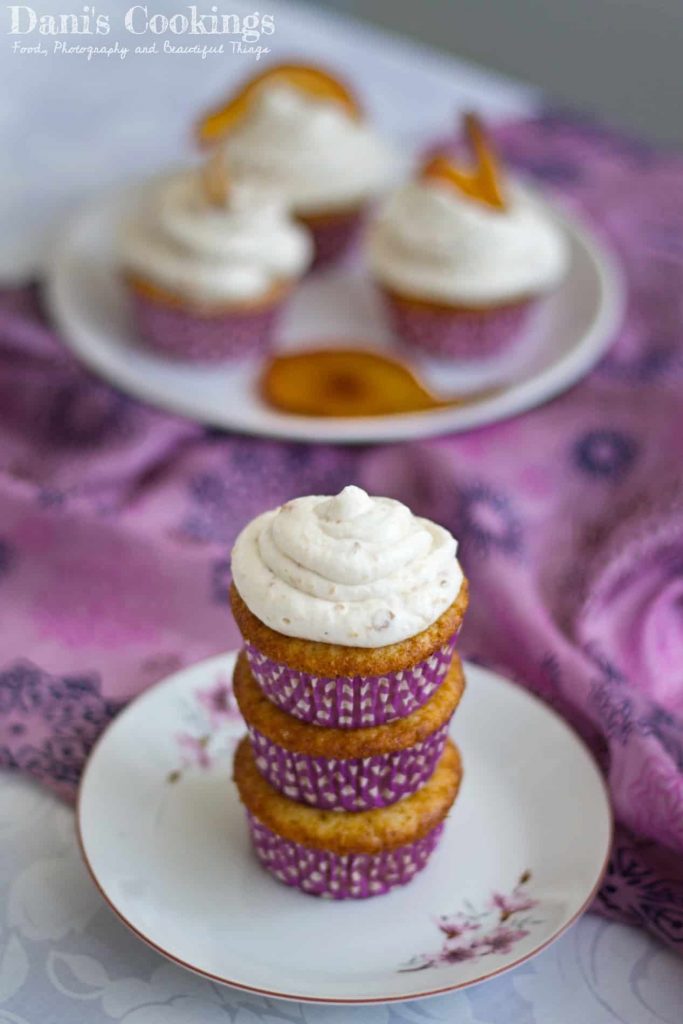 The frosting on top makes them even more irresistible! It contains sour cream, white chocolate and cream cheese – three key products for a really delicious dessert. In addition the pear jam adds a nice touch of fruity sweetness. 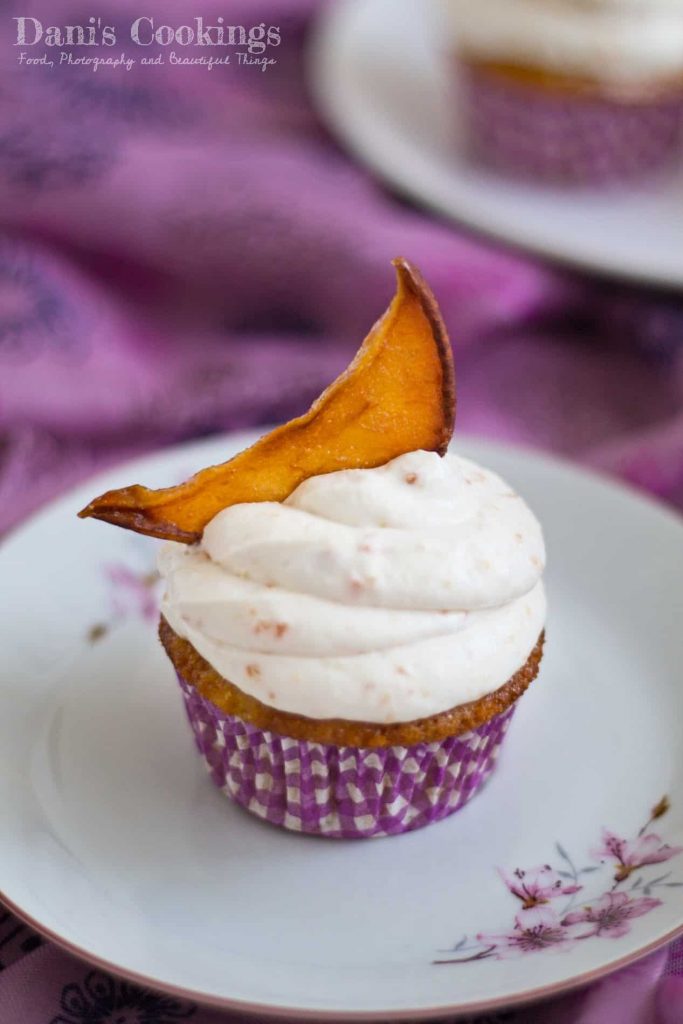 I decorated the cupcakes with candied pears: very easy to make. In my case it took them nearly 3 hours in the oven to get properly dry and caramelised. 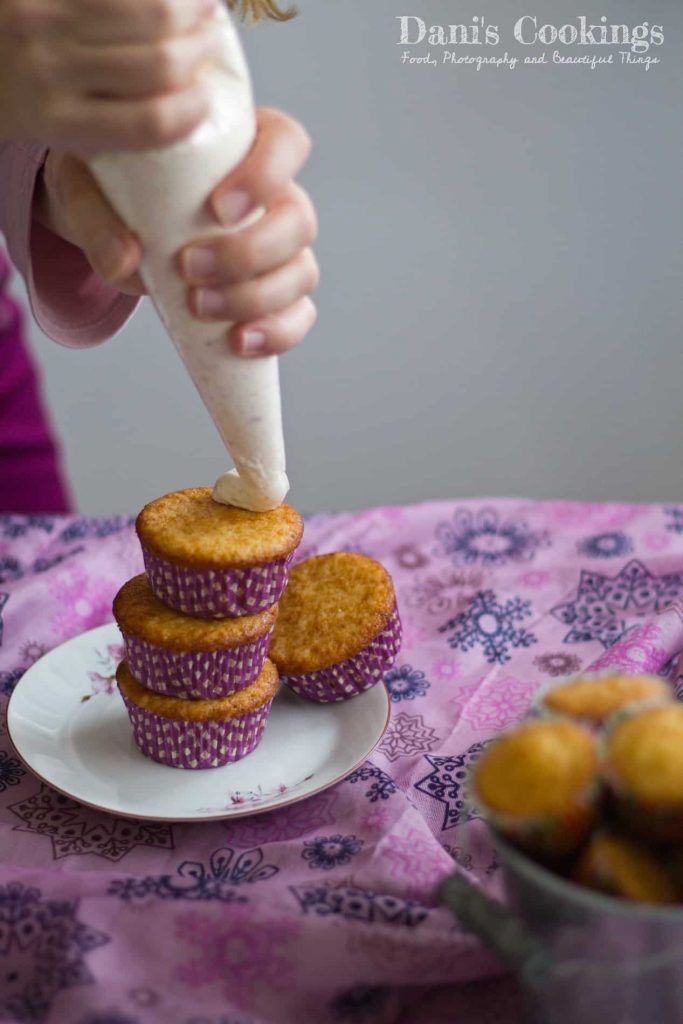 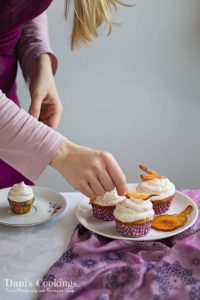 Store the cupcakes refrigerated for 2-3 days.
Cake Pan Conversions CalculatorAdapt any cake recipe to your pan with this calculator!
Tried this recipe? Show me your creation!Mention @daniscookings in Instagram or tag #daniscookings!
« Coconut Peanut Butter Truffles
Honey Lemon Panna Cotta with Blueberry Jam »