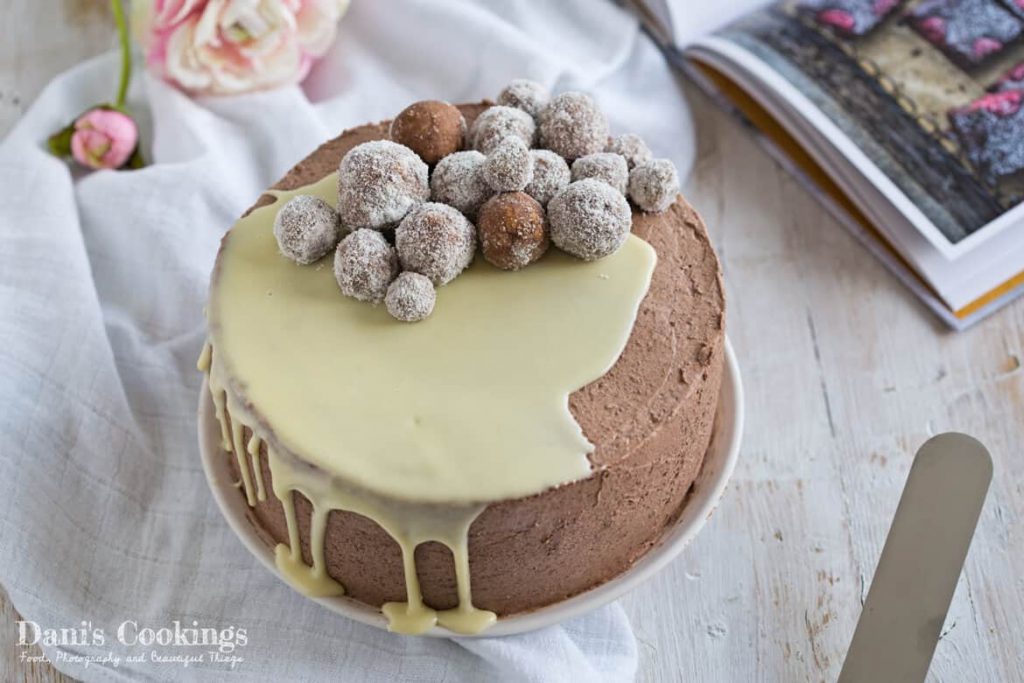 This wonderful cake is an irresistible combination of coconut, chocolate and vanilla. In fact none of these flavours is predominant but the three of them combined are creating a great tasty experience! 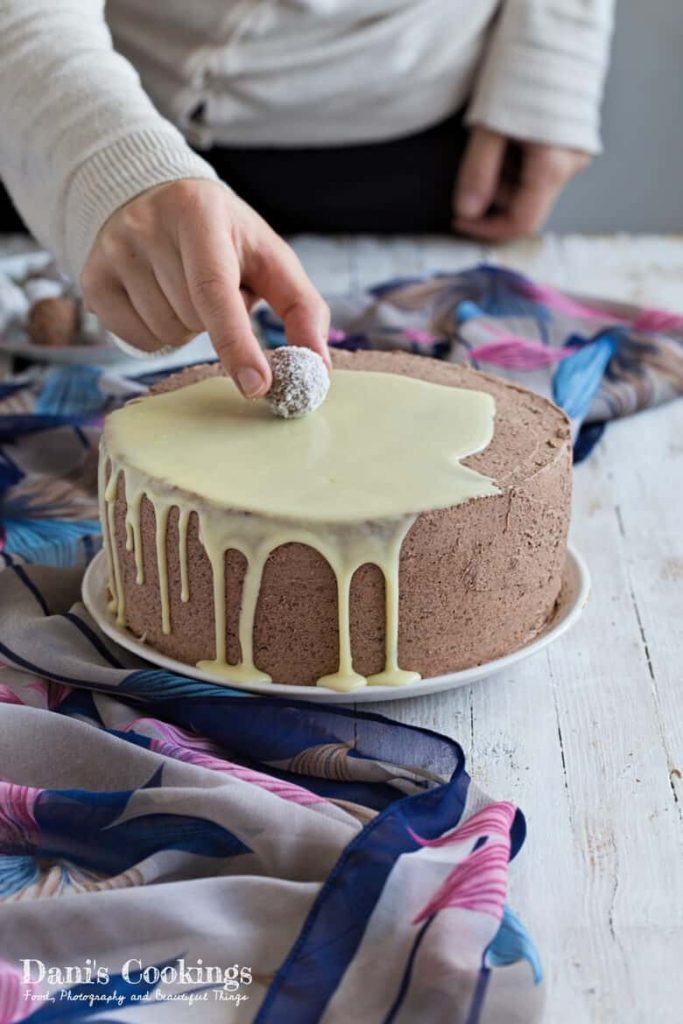 It has been a long time since I made a proper layer cake. The reason is only one: these cakes are not really the quickest desserts (even though I dare to say that majority of my cake recipes are among the easiest you can find). When you bake a layer cake, you need time for the cake base to cool down before you can frost it. In addition the frosted cake has to stay several hours in the fridge before you cut it, otherwise there is a risk the pieces to look not very good (already happened on some of my photos). So due to my more and more limited time I tend to make desserts that take less than 60 minutes for preparation. This allows me to prepare them at night and photograph on the next day. That’s good because my readers get recipes that are really quick and easy… but now I am missing my good old layer cakes (and maybe you miss my layer cake recipes too :)) 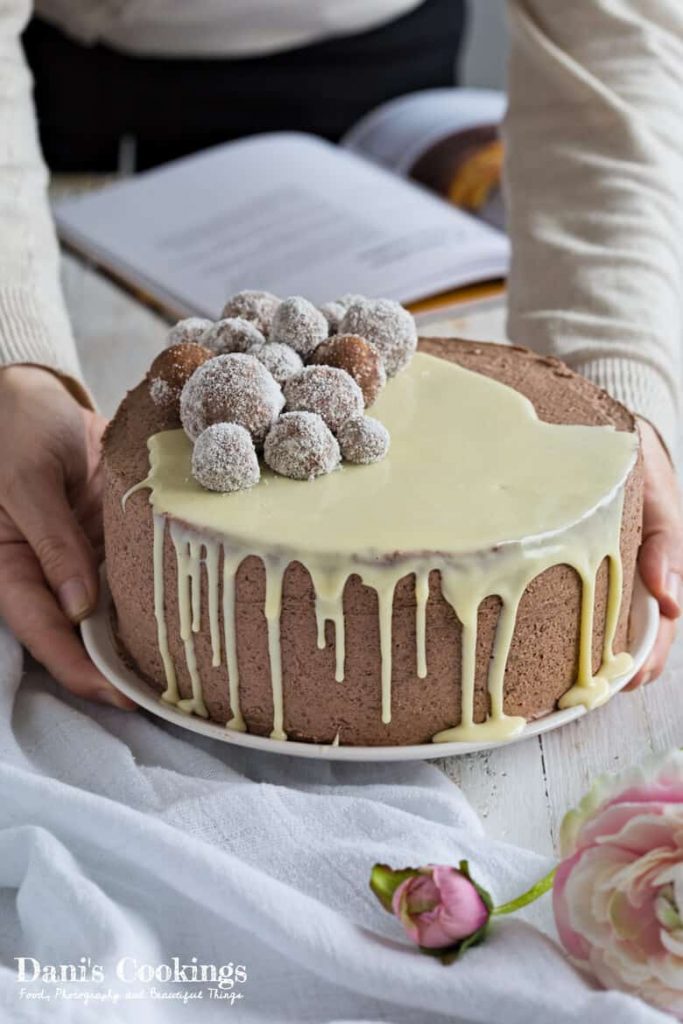 I made this Coconut Chocolate Layer Cake cake several months ago but for some reason I didn’t publish the recipe right away. I think it was exactly when the fruit season started so I decided that it was not the right time for coconut and chocolate desserts. Also some of the photos look a bit wintery in my view, so I didn’t want to show them in the beginning of the summer… Well, the summer is not over yet and the fruit season has not ended up but somehow I decided that the time has come to publish this recipe. 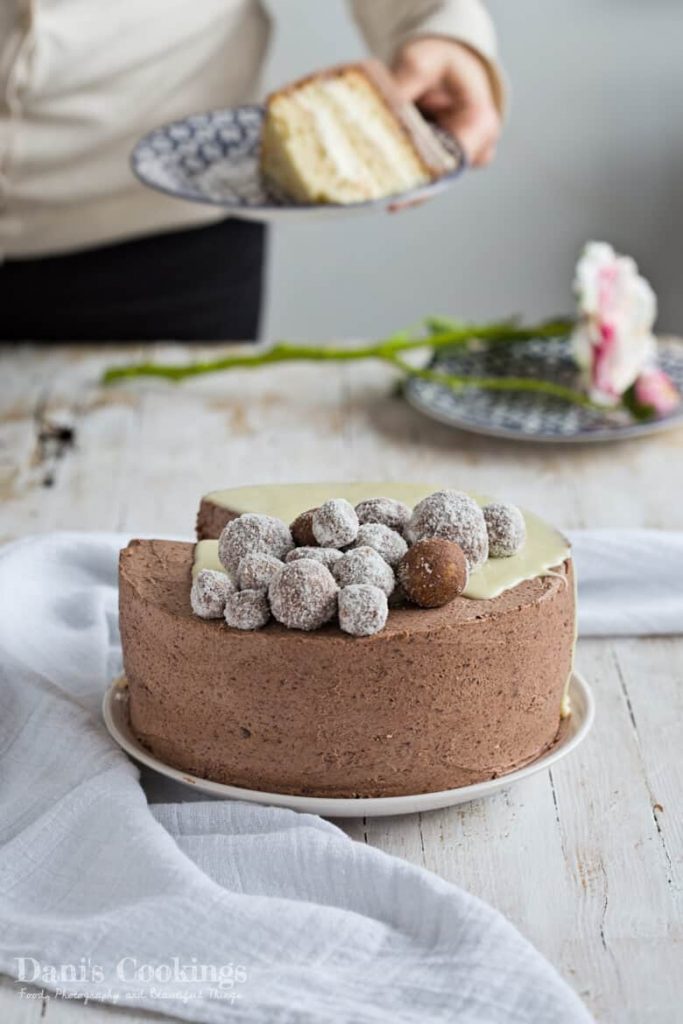 This Coconut Chocolate Layer Cake was my first experience with coconut flour. Since then I kind of started loving it and there were several more recipes that I have created using this wonderful product: Chia Seed Brownies, Hazelnut Cookies with Vanilla Bean Ice Cream and of course, Raw Carrot Truffles. In the current cake I mixed all purpose flour with coconut flour in the batter for the base.

The inside frosting is made of mascarpone, sour cream and shredded coconut. The chocolate is added only to the frosting outside. The decoration is similar to the Chocolate Dream Cake: truffles made out of trimmed pieces of the cake base mixed with the chocolate frosting. Some of the truffles are coated in coconut flour so they look a bit like snowballs – it was unintended effect, which would probably make this cake a good option for Christmas parties 🙂 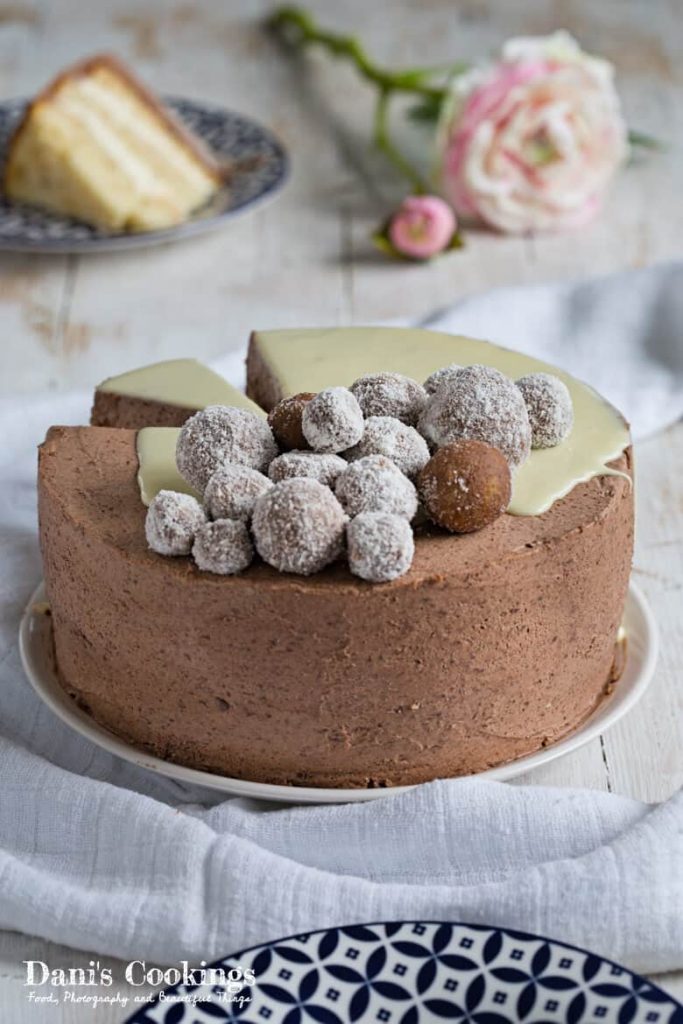 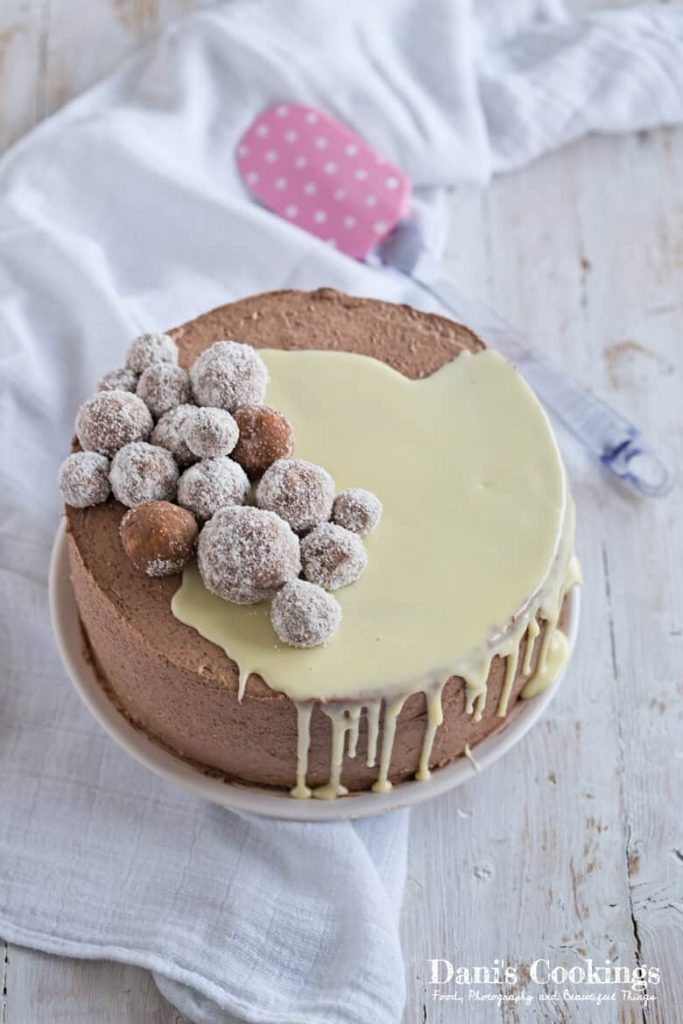