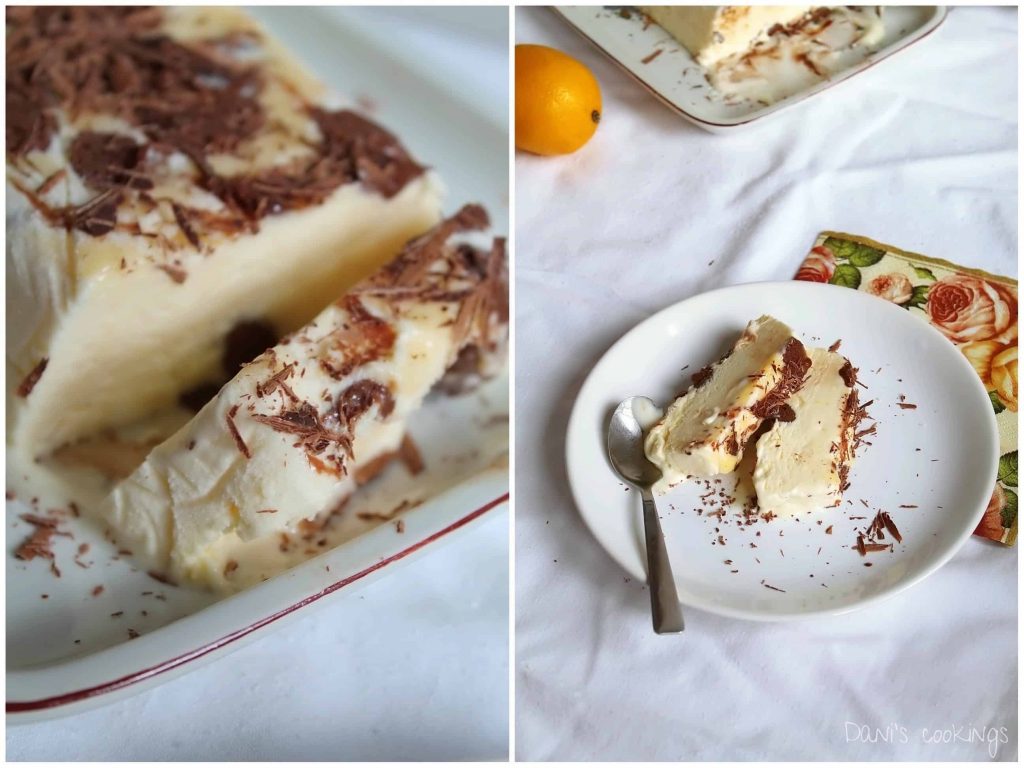 Semifreddo was one of the many local desserts that I tried for first time and I fell in love with during my first visit to Italy several years ago. When it was offered to me in a cozy countryside Trattoria, I was totally clueless what kind of dessert it could be. Afterwards I learned that it was a typical frozen dessert, different than gelato or ice cream (the literal translation of semifreddo is “half cold”).
Last year during my less busy days of maternity leave I decided to make a “real” semifreddo (long ago I made this one which was quite delicious but far from the original). Before deciding how to prepare it I reviewed lots of recipes and methods… Unfortunately after the dessert was eaten and the pictures taken, I lost the sheet with my recipe notes and I didn’t manage to publish a blog post (I must start taking notes in a notebook like a normal person!). But this month after we moved to our new apartment and started clearing old papers, suddenly the semifreddo notes came up. I’m so glad I can finally publish that recipe! 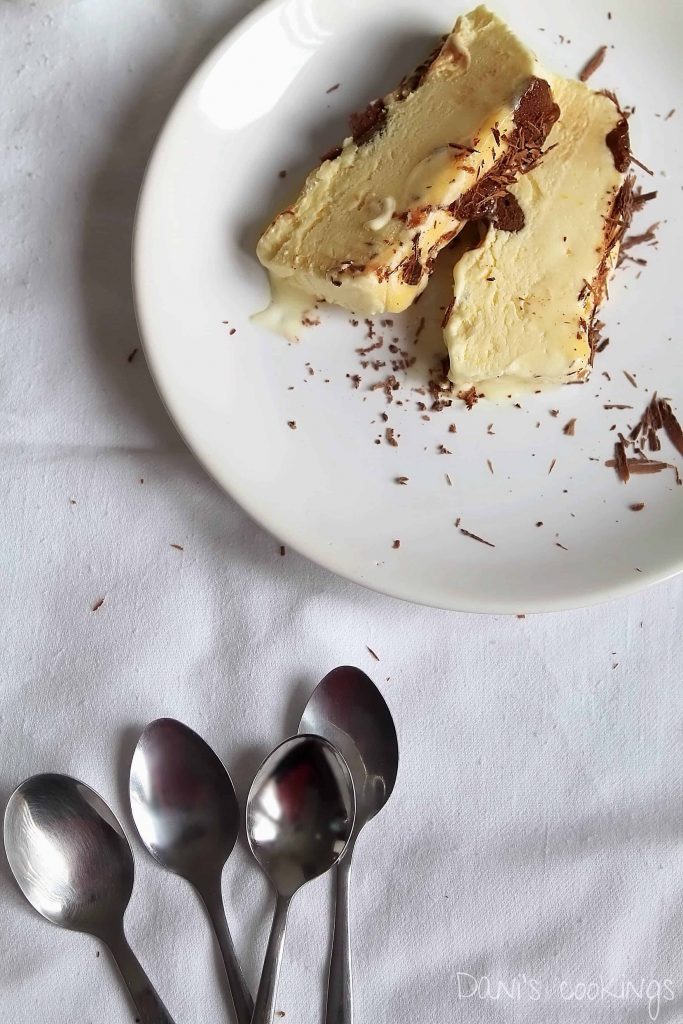 The main issue with this otherwise fantastic dessert is that it contains raw eggs in its original version. That’s the issue also with Tiramisu: another favourite dessert of mine. One thing I am not willing to do in my culinary experiments is to prepare food that is not 100% safe to eat. For that reason I tried to fix the problem in the only possible way: to cook the eggs while beating them.
I found these instructions very helpful and followed them mostly. Eventually I made a semifreddo that was not too sweet but very smooth and tasty. Mmmm, I think I have to make a new one pretty soon. 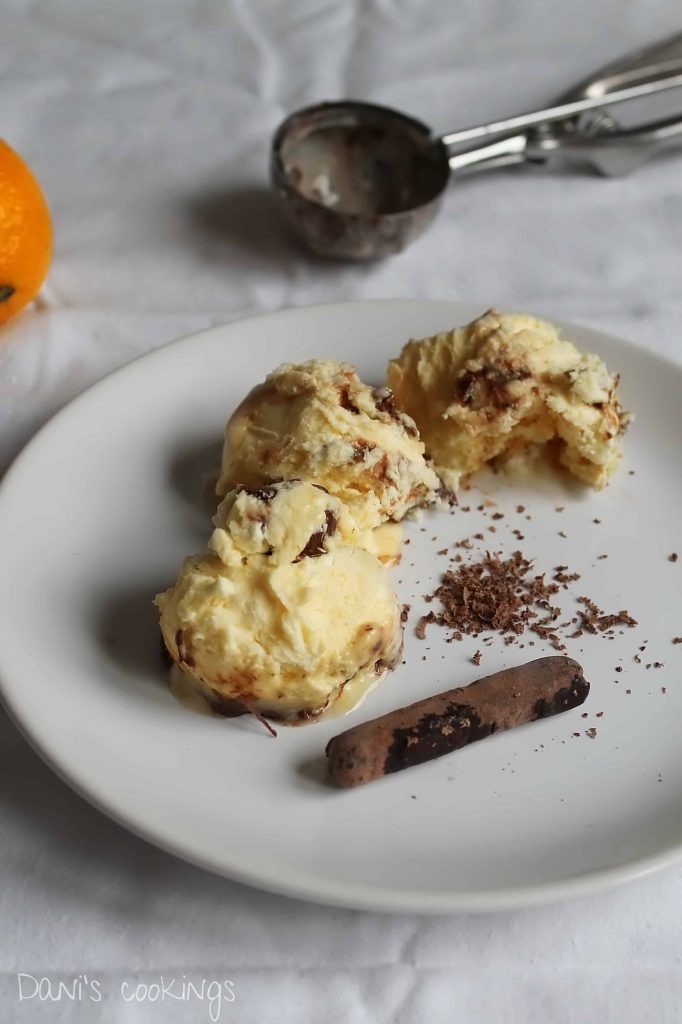 Method:
1. In a medium heatproof bowl combine egg yolks, lemon juice, limonchello, lemon zest and 100 g sugar and beat them over a pan with shimmering water (the bowl should not touch the water so make sure the pan is filled only at the bottom and the bowl is large enough to stay on the top without sinking). Beat about 10 minutes, scrapping often the sides of the bowl. When the mixture starts thickening, remove the bowl from the heat and set aside to cool (15-20 minutes).
2. Meanwhile in another heatproof bowl combine the remaining sugar with the egg whites, salt and citric acid and beat over the same pan with simmering water for about 5 minutes, until thick and stiff. Remove from heat and let cool (15-20 minutes).
3. In a separate chilled bowl whip the cold heavy cream for 3 to 5 minutes until stiff.
4. Combine the yolk mixture with the whipped cream, carefully folding with rubber spatula. Gently fold in the egg whites until homogeneous.
Pour half of the semifreddo mixture into a long baking pan leaned with cling film. Heat slightly the chocolate spread and spoon it on top in thin lines. Pour the rest of the semifreddo and cover the pan tightly with cling film. Freeze for 6 to 8 hours.
Before serving let the semifreddo stay out of the freezer for about 10 minutes. Cut it in slices or make scoops with an ice-cream spoon. 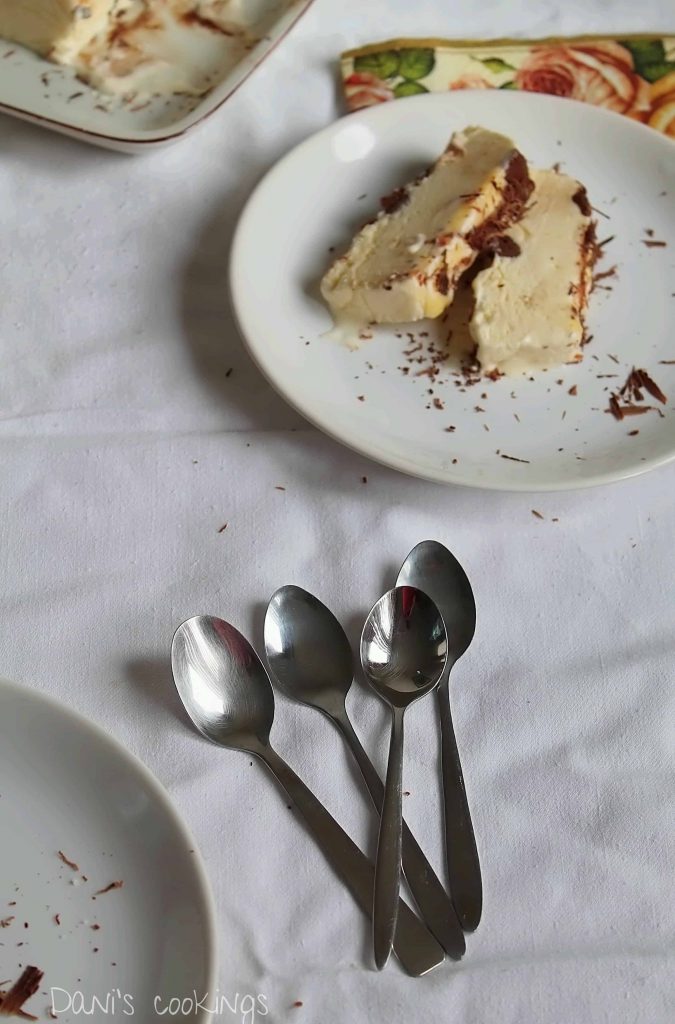