This No bake Keto Cheesecake will impress you with its lovely taste and creamy texture. It is not just one of the simplest cheesecakes you can make, it is also a perfect low carb dessert experience.

Why is this recipe good

Cheesecake is one of the most loved desserts in the world! There are so many kinds and so many recipes – you can literally make cheesecake out of everything. You can even eat cheesecake if you are on a sugar free or low carb diet.

The recipe I will present you in this post is for a very delicious and creamy No bake Keto Cheesecake without sugar. It is so tasty that everyone would love it! 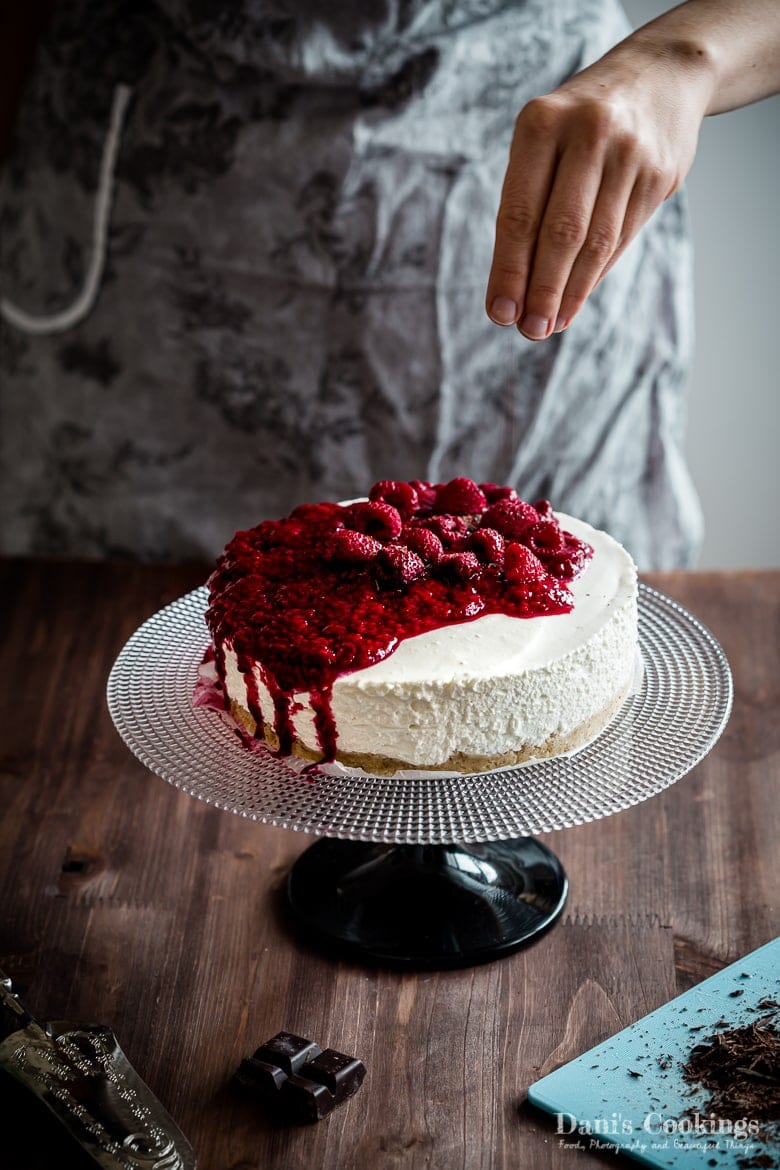 This cheesecake is made with few simple ingredients.

The filling is prepared with cream cheese and coconut cream. Why coconut cream? Because its structure is very rich and thick, great for frostings and cheesecakes. It is also considered as a very healthy ingredient, full of good nutrients with anti-inflammatory and immune boosting properties. Last but not least coconut cream has a natural sweetness due to which you might need less sweeteners in the desserts made with it. Try making your cheesecake with coconut cream and you will love it!

In any case, if you prefer to use dairy, substitute the coconut cream with the same quantity of heavy whipping cream.

I use xylitol to sweeten majority of my keto desserts but it can be substituted with any other keto friendly sweetener (like erythritol, stevia or monk fruit sweetener).

This cheesecake is thickened with gelatin. It is an ingredient suitable for keto diet as it contains mainly proteins.

The topping of this dessert is made of frozen raspberries. You can use any kind of berries as they are all suitable for keto diet. 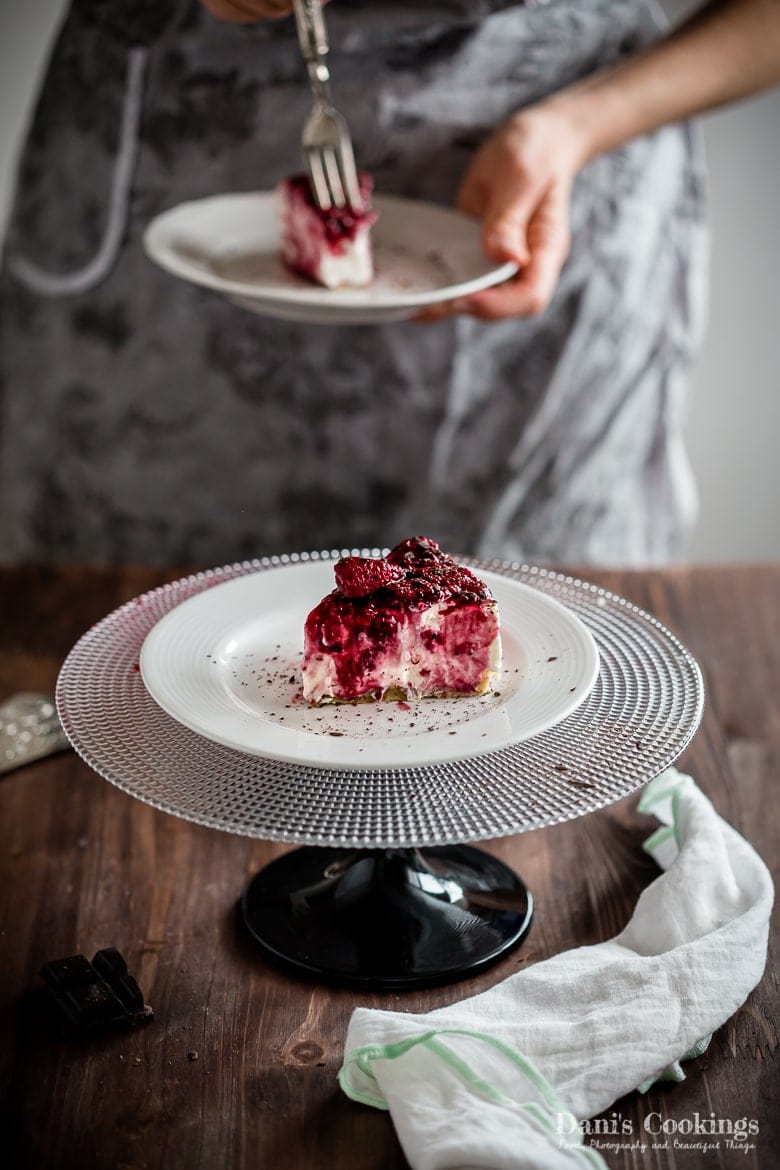 How to make the crust

Making the crust of a keto cheesecake is a bit different than making the usual cheesecake crust. Instead of crushed graham crackers or cookies you need to use ground nuts or seeds. For this No Bake Keto Cheesecake I made a crust with coconut flour and ground walnuts with just a bit of xylitol for a sweeter taste. Of course, everything needs to be mixed very well with melted butter. 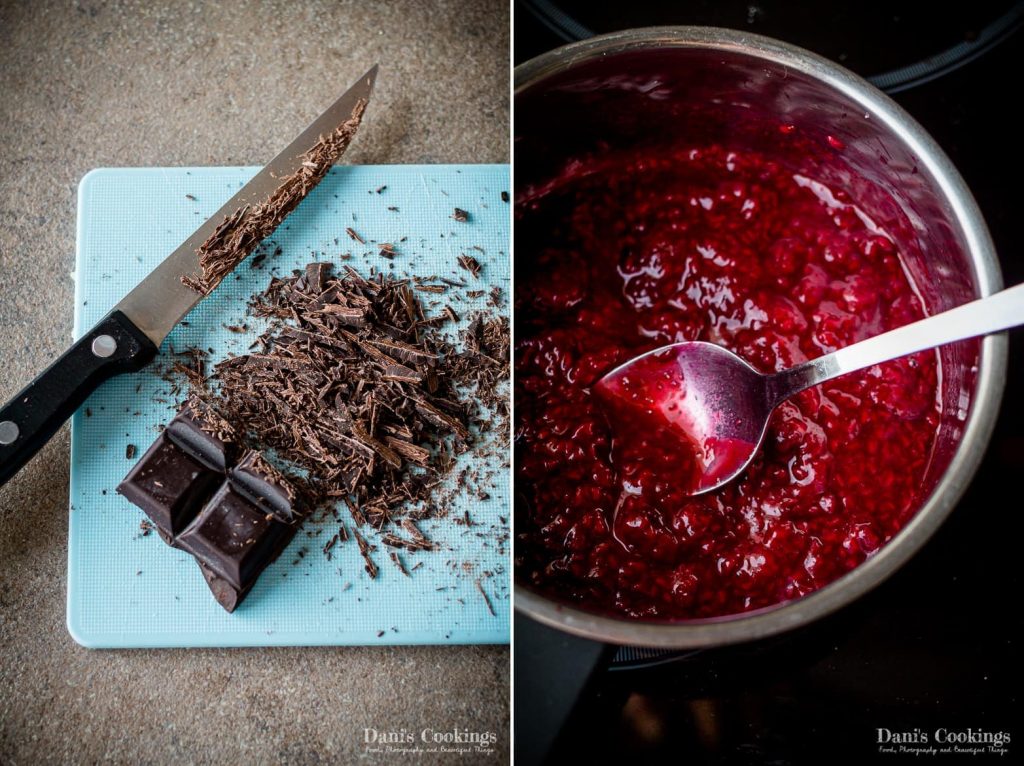 How to make the filling

After preparing the crust, you need to press it to the bottom of a spring form pan. Leave the pan in the fridge and open the can of the coconut cream. Take aside the liquid from the coconut cream can and mix it with the gelatin.

While the gelatin is blooming, make the filling by beating very well the cream cheese, cold coconut cream, vanilla and xylitol. Then dissolve the gelatin over a double boiler before mixing it carefully with the filling.

Pour the mixture on top of the crust and cool for 6-8 hours. Before serving decorate with berries, simmered shortly over medium heat.

Don’t have a spring form pan? No problem: make your cheesecake in cups or in jars!
You can also make no bake cheesecake bars by using a rectangular cake pan instead of round. Cut the chilled cheesecake in squares.

Can you freeze it

It is not recommended to freeze cheesecakes made with gelatin. When thawed, their structure might change and potentially not be as solid as before freezing.

I would love to receive your feedback about this recipe. If you like it, please share it so it can reach more people! 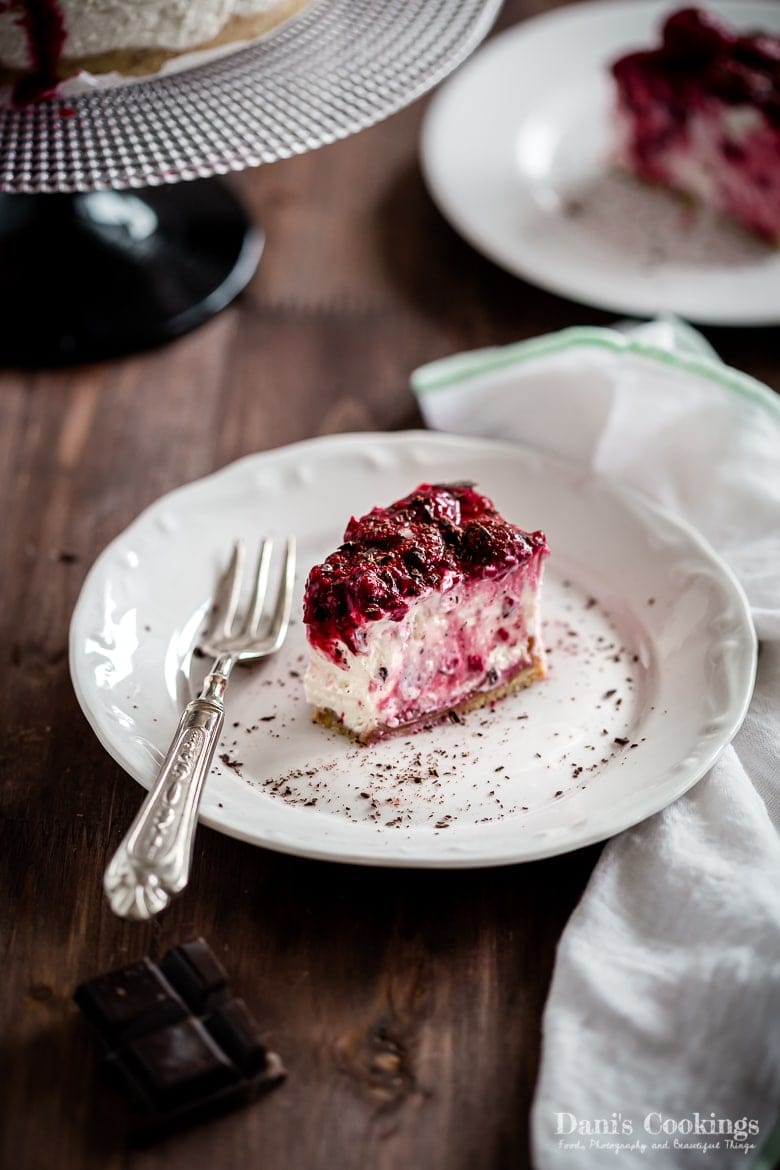 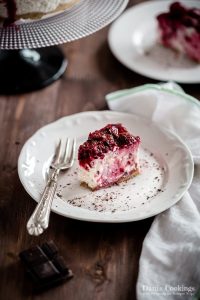 Creamy and tasty, this No Bake Keto Cheesecake will impress even people that are not on a low carb diet!
Prep Time15 mins
Fridge Time6 hrs
Total Time6 hrs 15 mins
Servings: 12
Calories: 326kcal