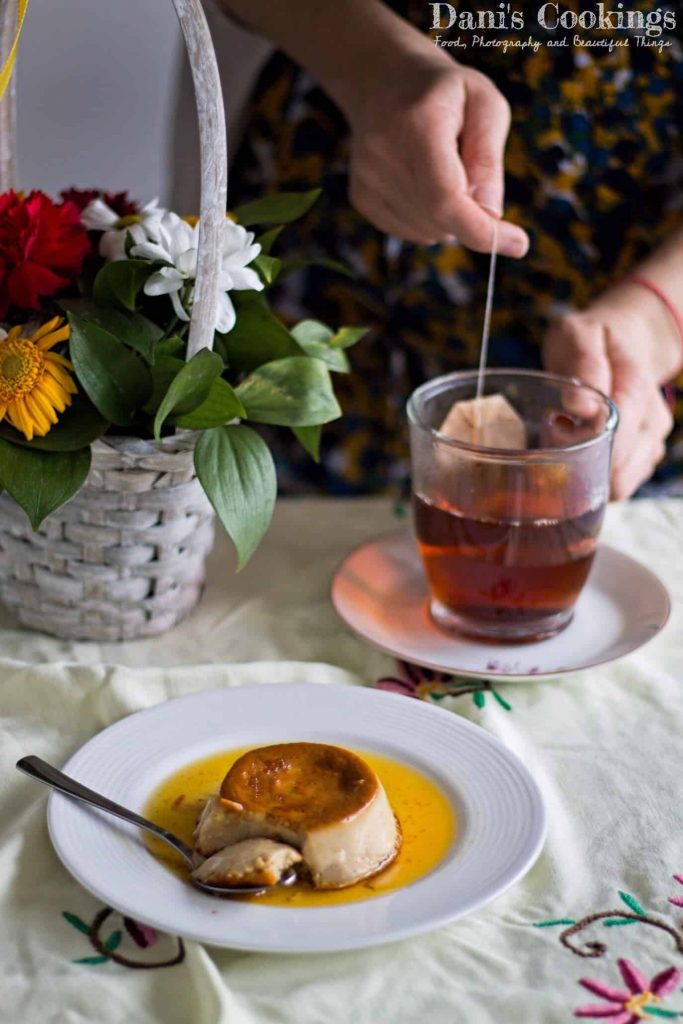 This Tea infused Creme Caramel with Maple syrup is a wonderful variation of the classic and well known dessert. It is made with the same technology as the traditional Creme Caramel but the small change in the products makes it a new and very pleasant taste experience. 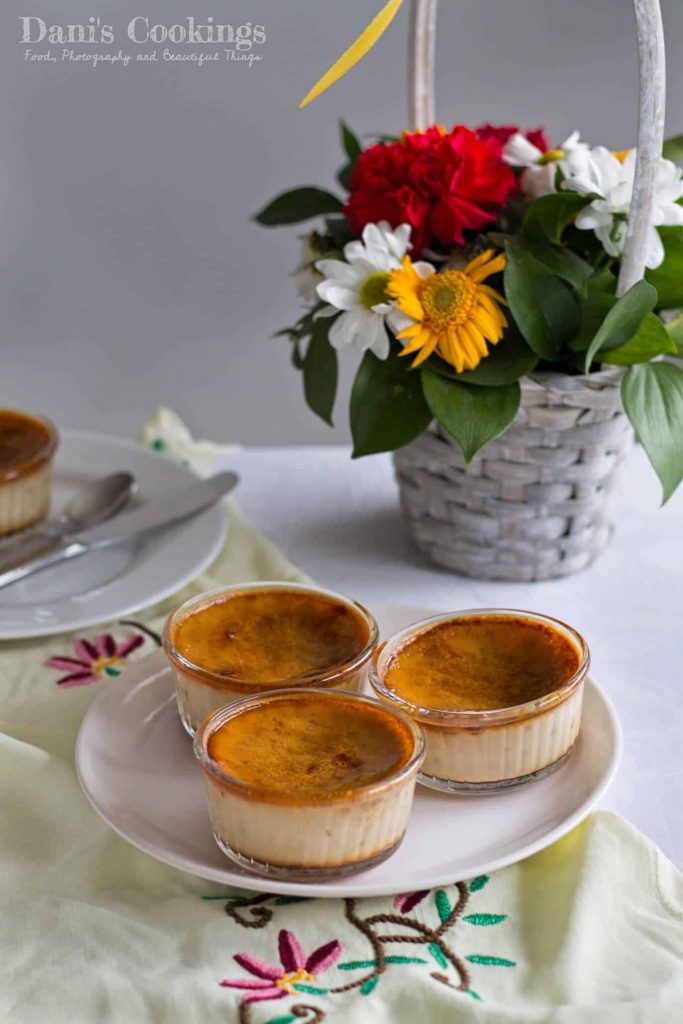 In my country everyone remembers the Creme Caramel from their childhood: the dessert that all mothers, grandmothers and aunts knew how to make. Each woman believed that her own recipe was the best and of course, the kids were taking advantage of this in order to ask for another portion of the dessert. 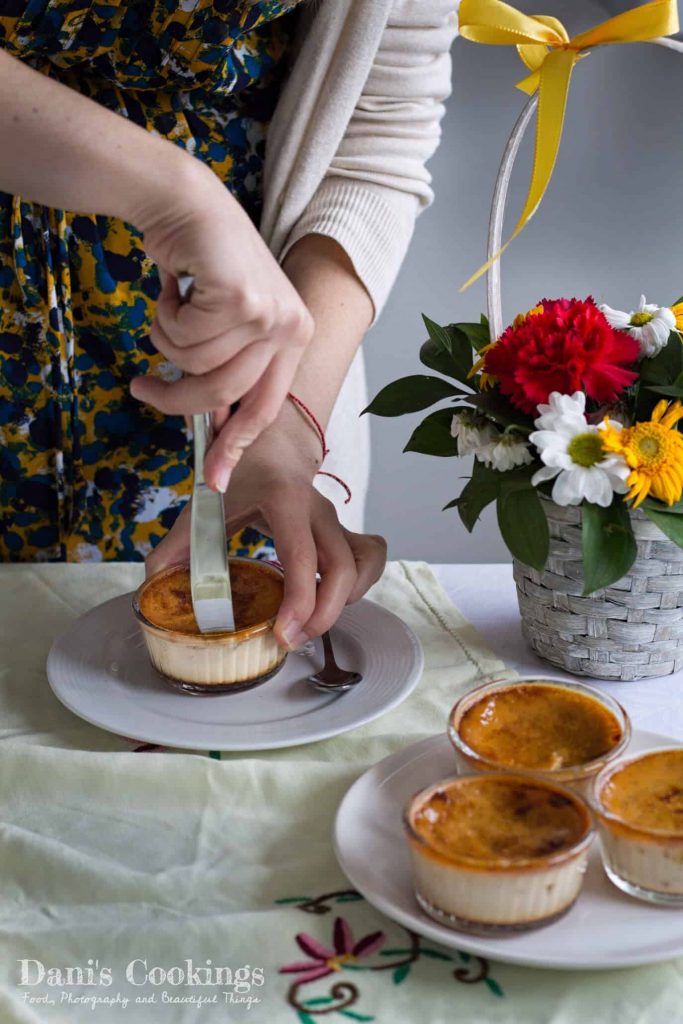 In the past I had mastered the technique of Creme Caramel to perfection, but for about 10 years now I haven’t made this dessert at all. Remembering that fact, recently I decided to prepare it again but to make it somehow unusual. And apart from the recipe I decided to include in this post also some basic tips for a perfect Creme Caramel which you could use even when you make the traditional kind. 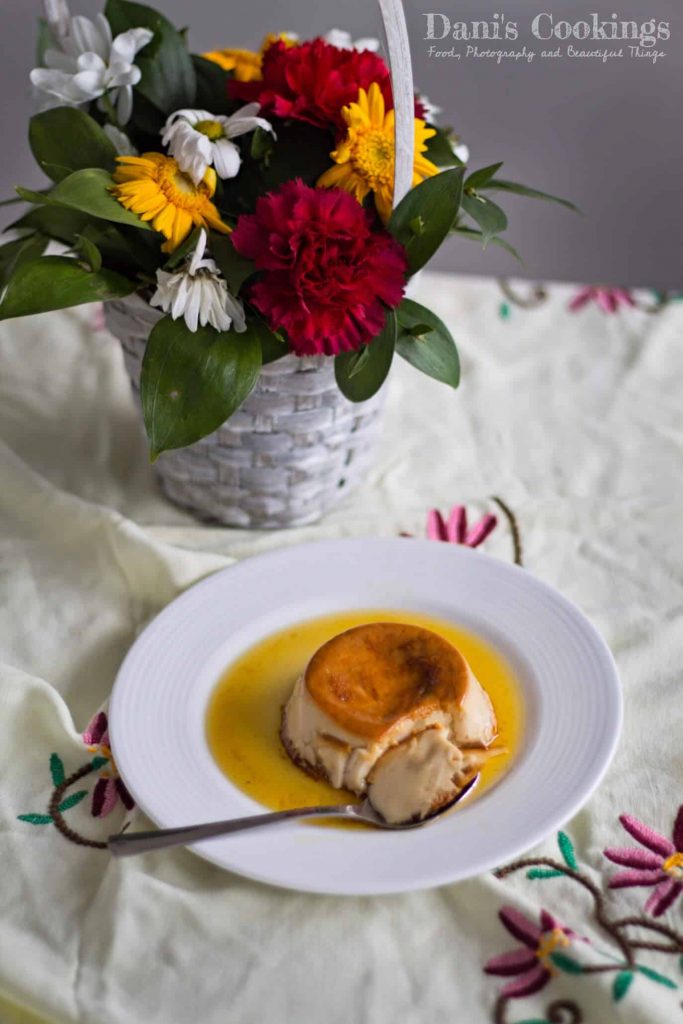 One of the most important moments of this dessert is the baking: it should be baked at the lowest possible temperature. I realised this through one personal experience which I had many years ago. At the time I was working in USA for several months through a students exchange program. I worked as a housekeeper at a cozy hotel owned by a nice couple. One evening we organised a dinner together with the owners and the other housekeeper of the hotel, so I decided to prepare a Creme Caramel for the occasion. I made it as normal and put it in the oven to get baked, setting the temperature at 180 degrees. Half an hour later I checked the oven and realised that my dessert did not change at all and also the oven was not very hot. I increased slightly the temperature but half an hour later the situation was the same. Then I set the temperature at 250 degrees just to find out that in another half hour the Creme Caramel was still liquid… 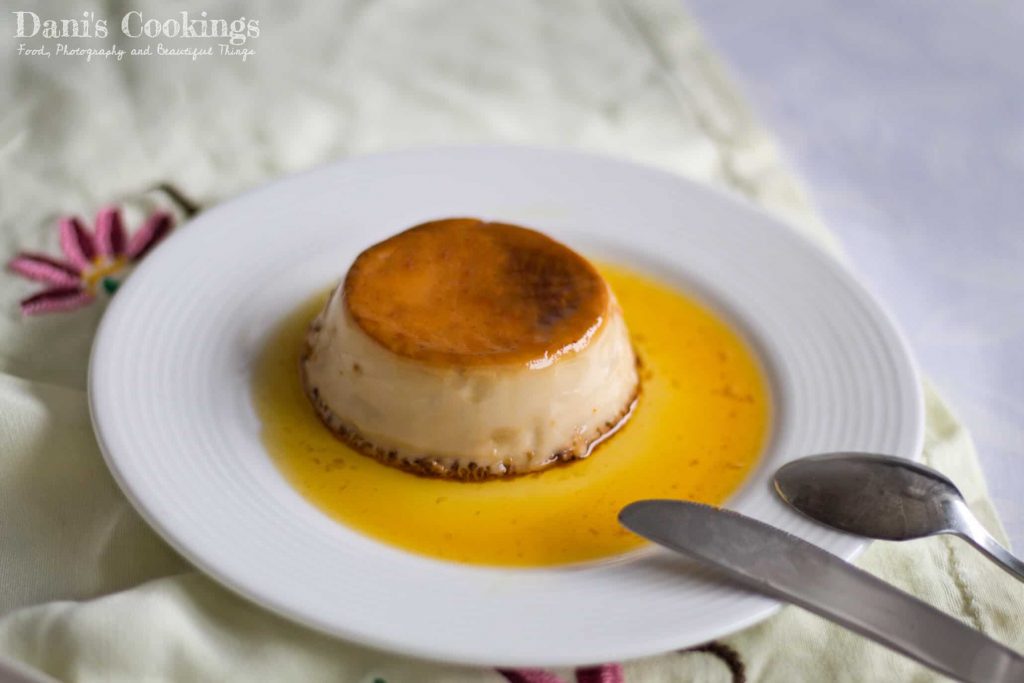 At that point I grasped that the American ovens show the temperature in Fahrenheit degrees and not in Celsius, as I was used to. That meant that in the past 1,5 hours the Creme Caramel was not being baked in the oven but was just drying out. I immediately increased the temperature to 350 degrees F and in 30-40 minutes the Creme caramel was ready. And it was perfect! Its texture was unbelievably smooth as the water in the pan was far from boiling during the whole baking process. I think this was my most successful Creme Caramel ever! 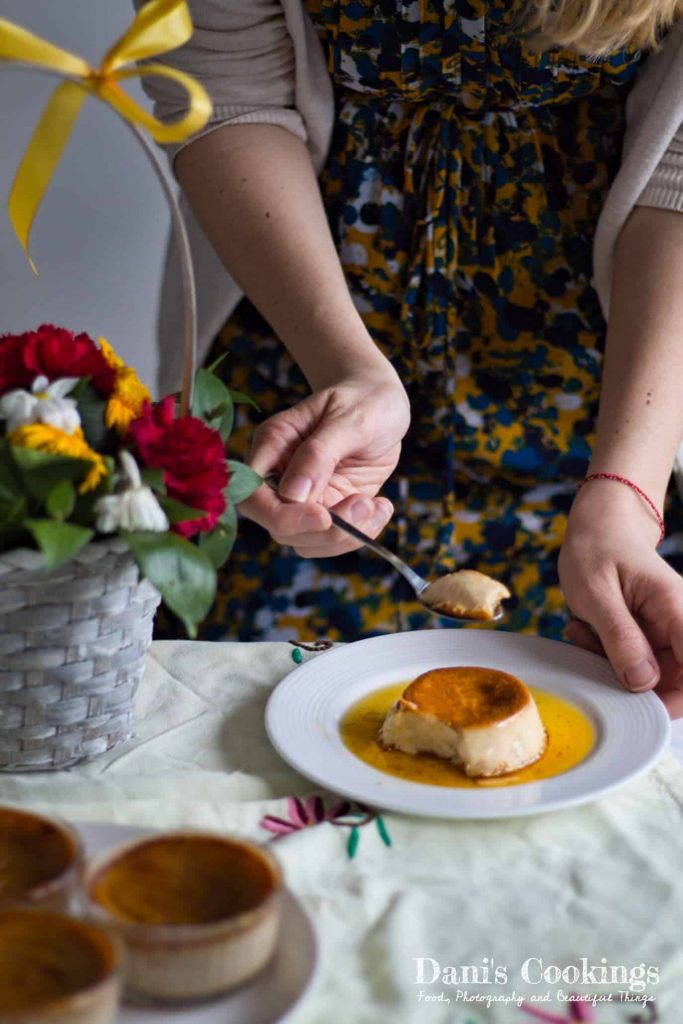 Today’s recipe brings a very pleasant hint of tea which is enhanced by the maple syrup and vanilla. You could use any kind of tea but Earl Grey will definitely give it a more intensive taste due to the added cardamon. 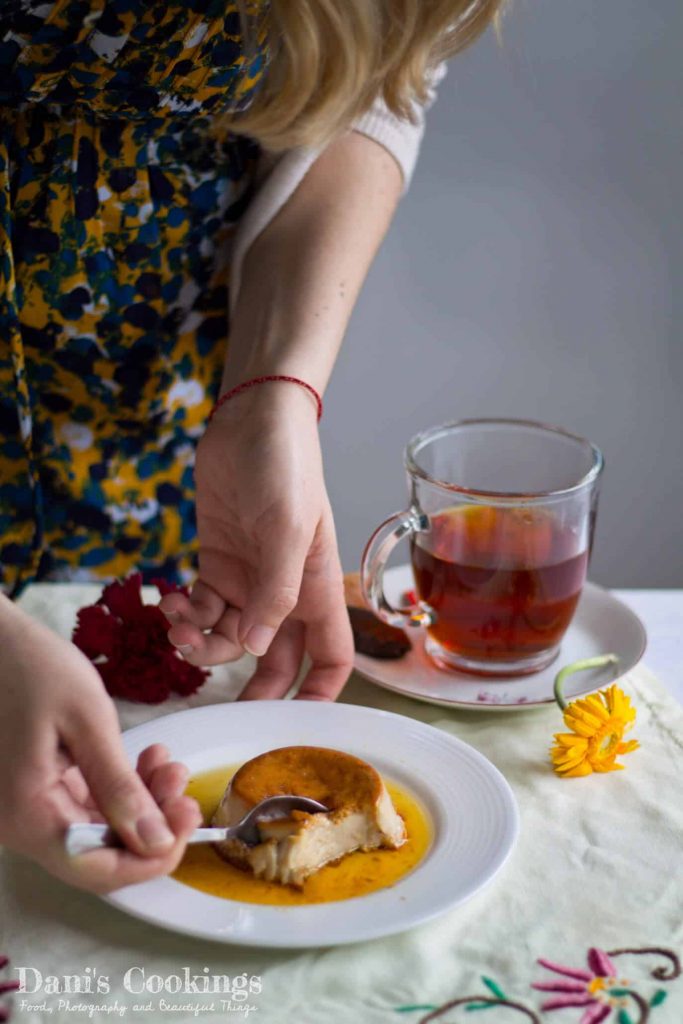 If you love Creme Caramel and if you want to go beyond the traditional taste, you will be impressed by this recipe! 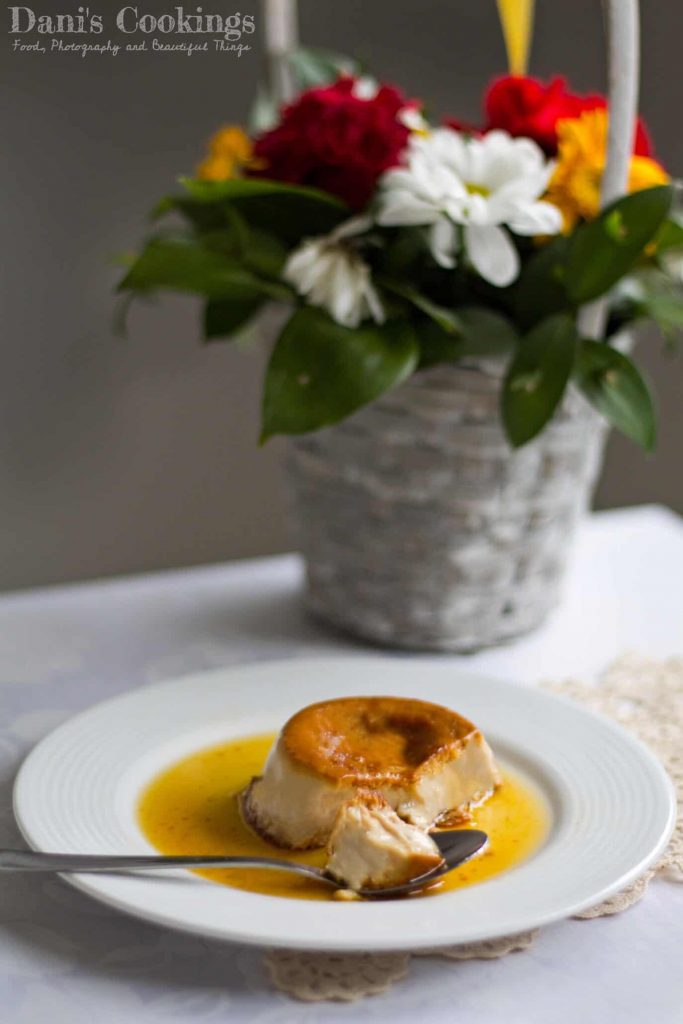 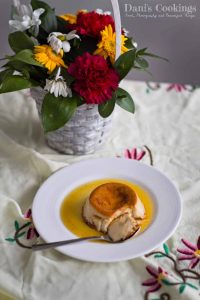 Tips for a perfect Creme Caramel: Note: The Creme Caramel on the pictures was made with 1 bag of tea. If you use two bags, it will have a more intensive colour.
Cake Pan Conversions CalculatorAdapt any cake recipe to your pan with this calculator!
Tried this recipe? Show me your creation!Mention @daniscookings in Instagram or tag #daniscookings!
321shares
Previous Post: « Peanut Butter Bundt Cake with Cheesecake Filling and White Chocolate Glaze
Next Post: Strawberry Almond Millefeuille »