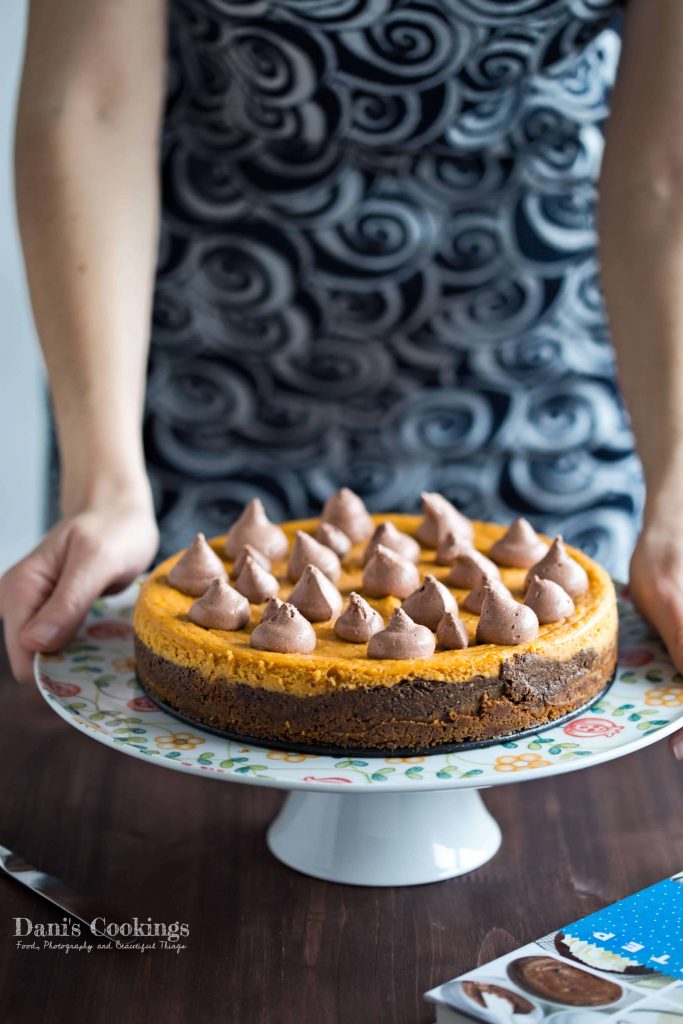 This wonderful Sweet Potato Layer Cheesecake with Chocolate Mousse has a velvety texture and decadent taste! It is healthier than most regular cheesecakes but that doesn’t make it less delicious!
I like sweet potatoes but I rarely cook them at home. And recently it came to my mind that they would be fantastic to add in a cheesecake! You probably have noticed that the sweet potato taste resembles very much pumpkin and if there are so many pumpkin desserts, why not make a sweet potato cake? I love cheesecake so much that I can’t stop experimenting with this kind of dessert, preparing it with anything that comes to my mind. Sweet potatoes are wonderful so I was sure this experiment would be a huge success. 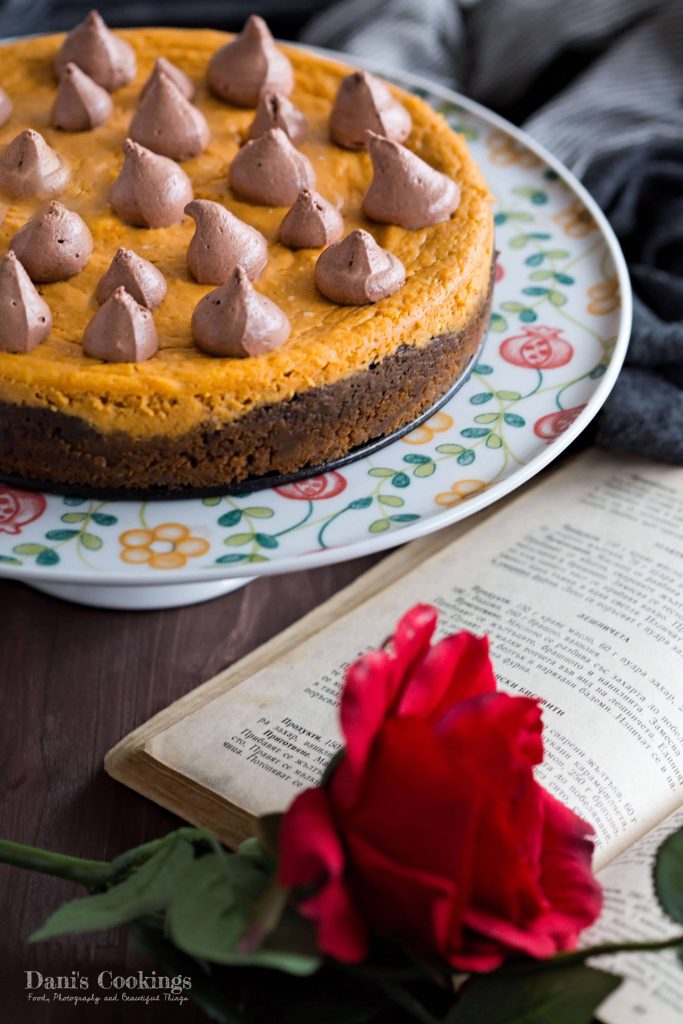 For some reason I wanted to add chocolate in this Sweet Potato Cheesecake. I am glad I did it: chocolate makes the taste deeper and more decadent. It makes this cheesecake really special, something that you won’t forget easily. That’s also the reason why I decided to top it with chocolate mousse. Of course I used my easy and super successful chocolate mousse recipe. 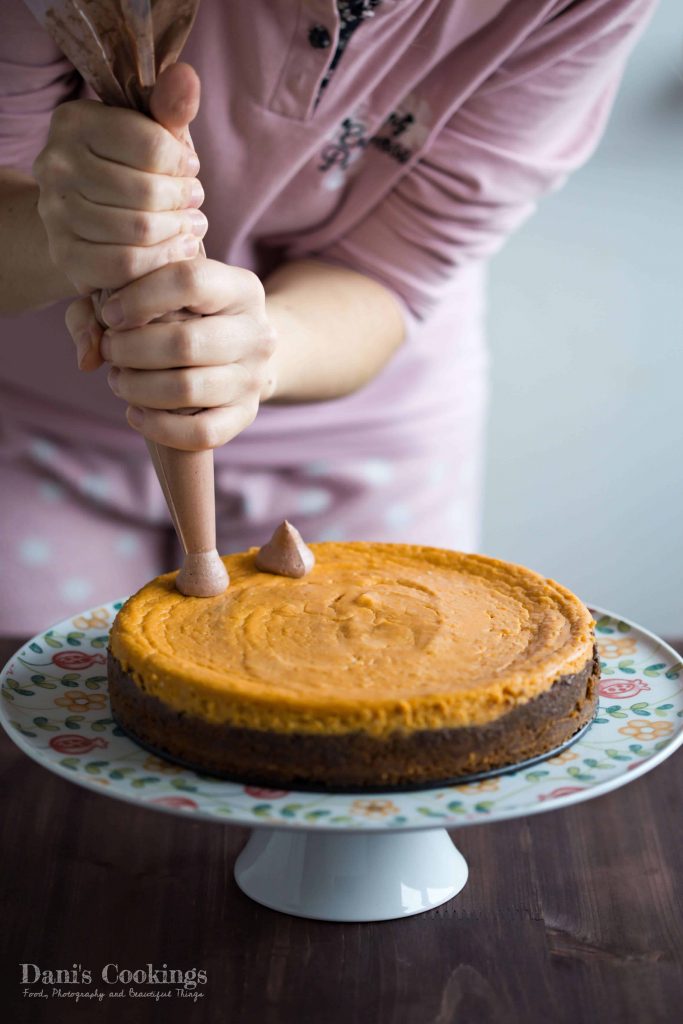 In fact I can’t even find enough words to describe this cheesecake! It is just simple, luscious and tasty! It is the cheesecake that you will surely remember. And the best thing is that eating it does not make you too guilty – think about all the good minerals you get with that sweet potato puree and about the fewer calories you consume in comparison to other cakes. I even allowed my son to taste it (of course I gave him less from the crust and more from the sweet potato filling). 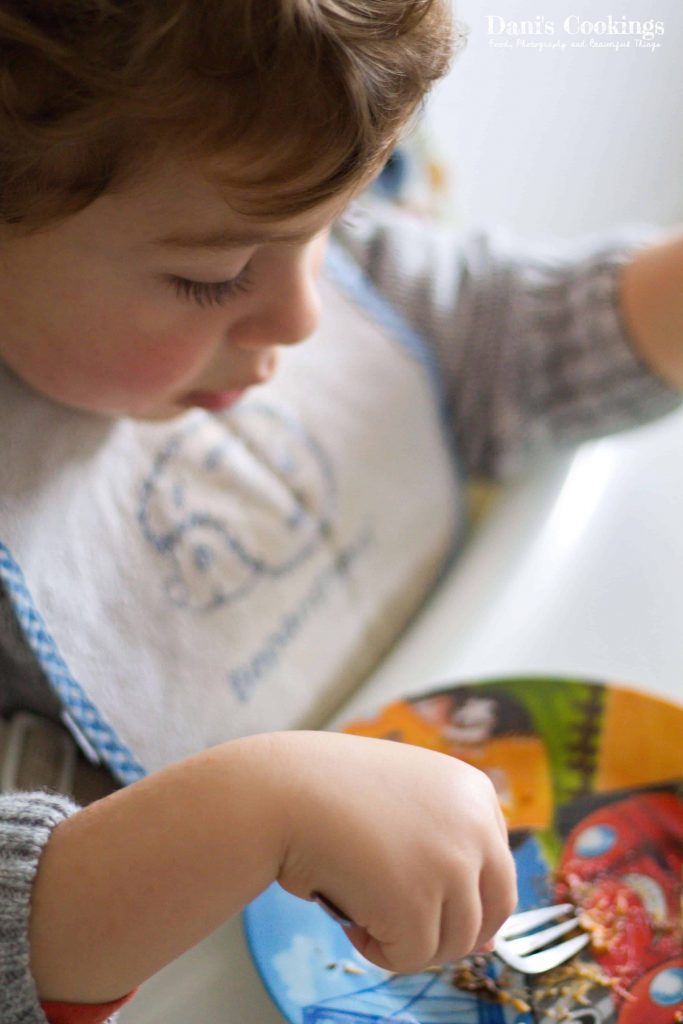 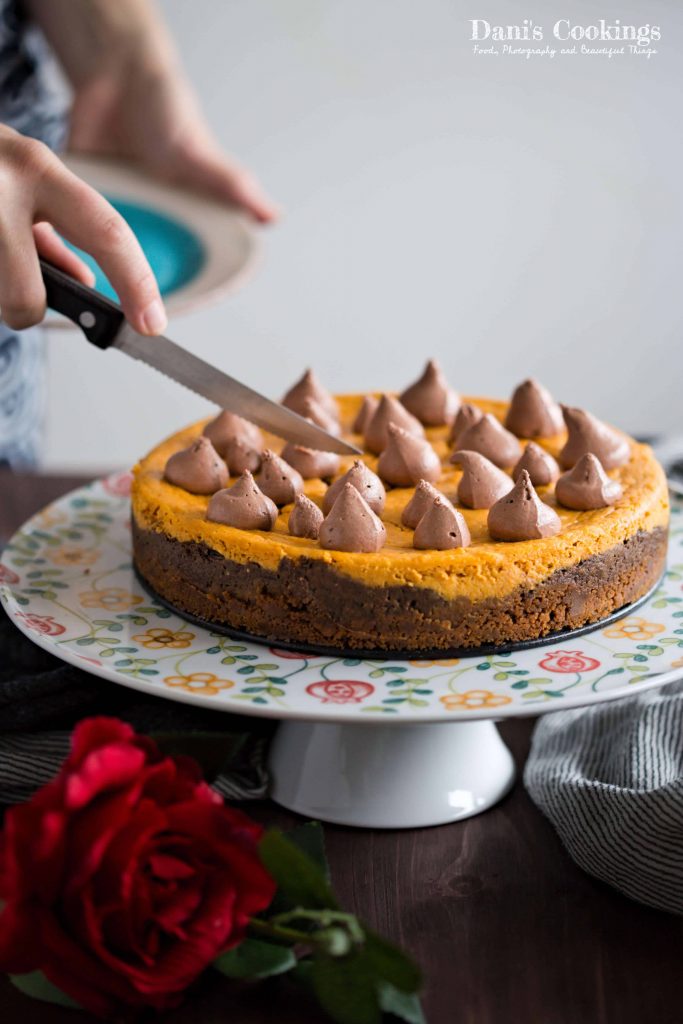 In case you want to use sweet potatoes also for the  cheesecake topping, check out my Sweet Potato Mousse recipe 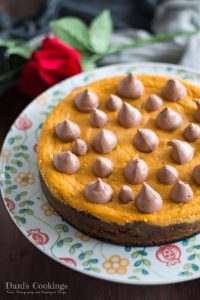 For the Chocolate Mousse:

To make sweet potato puree: bake the sweet potatoes wrapped in aluminium foil for 1 hour or until soft when tested with a fork. Let them cool and then remove the peel. Puree in a food processor until smooth.
Cake Pan Conversions CalculatorAdapt any cake recipe to your pan with this calculator!
Tried this recipe? Show me your creation!Mention @daniscookings in Instagram or tag #daniscookings! 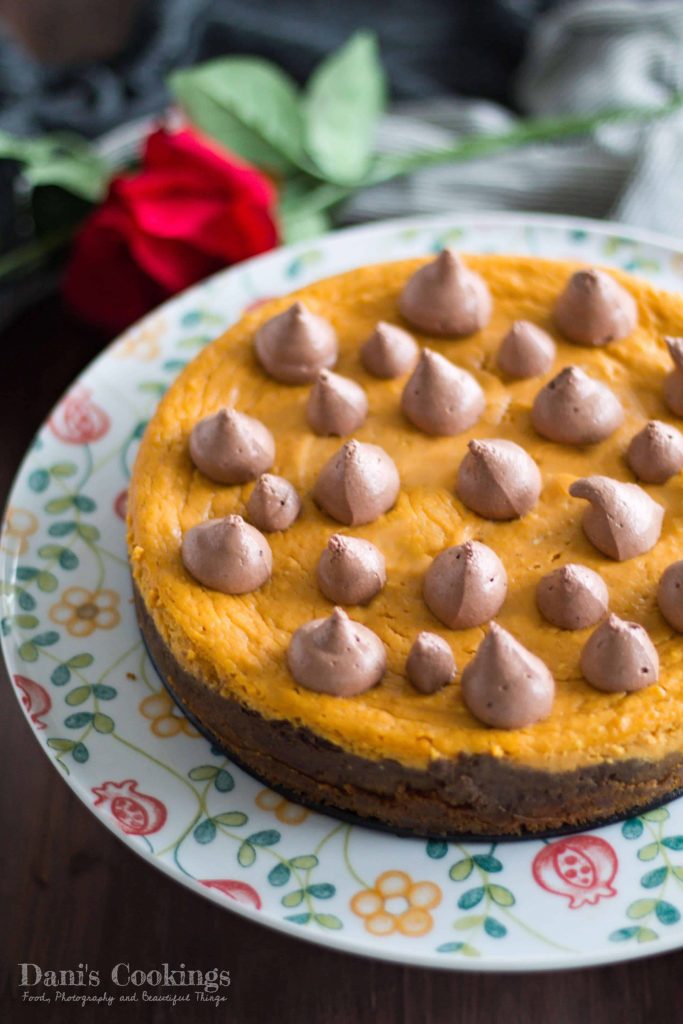 You always make such gorgeous creations, I can’t wait to see your recipe for the food advent calendar! Thank you so much for participating!
PS: Your son is just super cute!