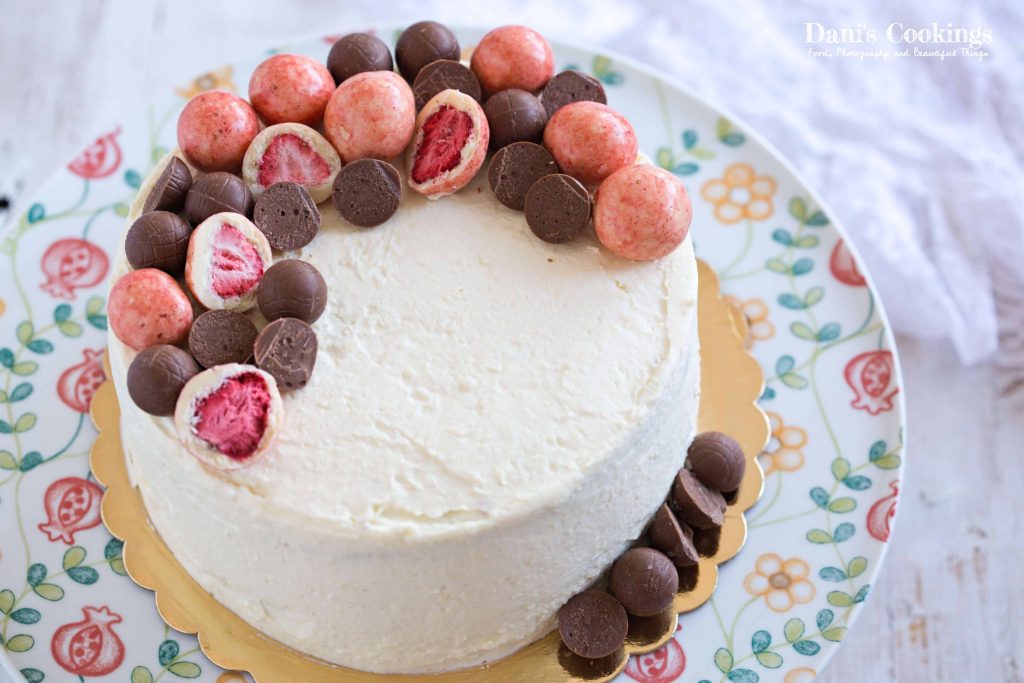 Until recently I only new about Angel Food Cake that it is a divine dessert, light and fluffy and at the same time moist… It was just a legend for me until this year when I decided to bake it myself. Not in its classic version but with cocoa and with frosting: as a layer cake. That’s how I came up with this unusually good Cocoa Angel Food Cake with White Chocolate Frosting. 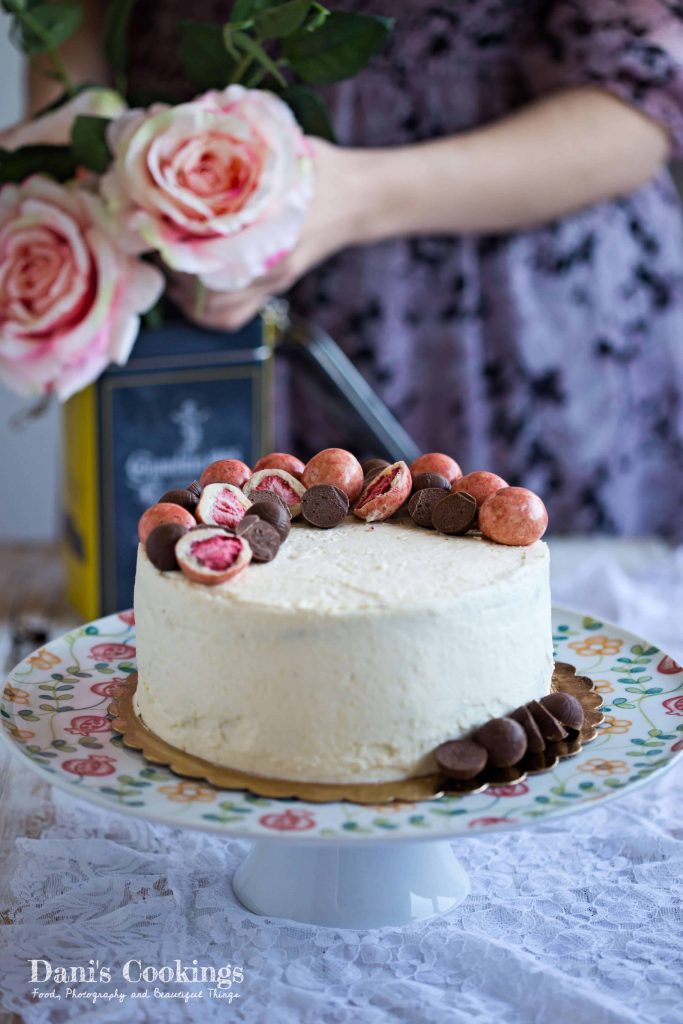 There is one famous quote of Julia Child that says: “A party without a cake is just a meeting”. I fully agree with it and actually if I think now, in every party I’ve ever attended I’ve always tried to make sure there was some kind of cake. Following that same principle I decided to make this Layer Angel Food Cake for the gathering of Parentland‘s authors which happened earlier this month. The host of the event was Maria who is also the founder of Parentland. It was a great time with great people! I am so glad to be part of this wonderful site and to have had the opportunity through it to meet so many nice, interesting and creative people! 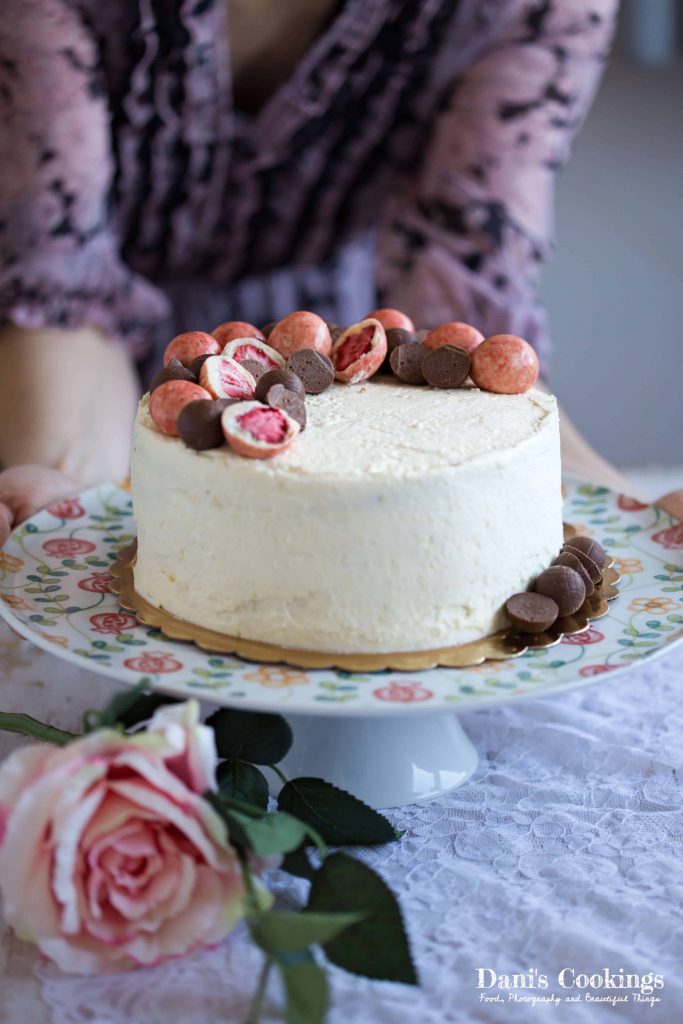 But I guess you would like to find out more about the cake. What is actually Angel Food Cake? This is a type of sponge cake made with egg whites only, which means – without any fat at all. The lack of fats makes the cake airy and fluffy but with a feeling of moisture. The egg whites are predominant in the batter but you also need a good proportion of sugar and a little flour. For this particular cake I decided to add also cocoa powder as its bitterness helps to reduce the excessive (for some people) sweetness.
In fact the egg whites are so predominant in the batter that you might think you are baking a meringue. Your perception is going to change once the cake is baked: then you will feel and see how the flour also plays its role in that magic recipe. 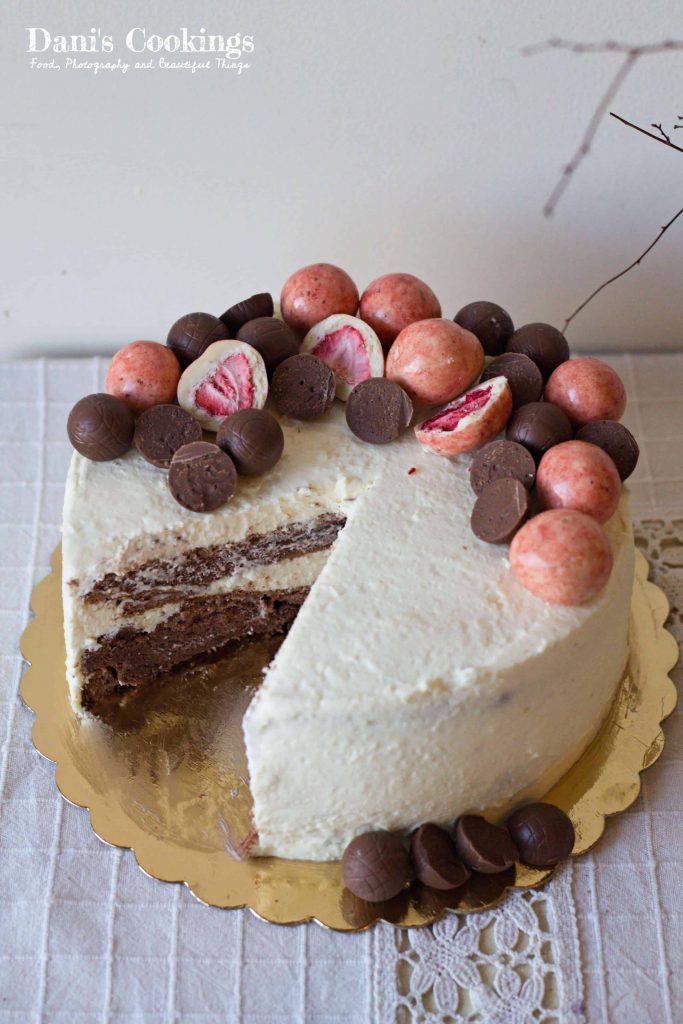 Normally Angel Food Cake is served just plain but I decided to make it peculiar and add some frosting. A special frosting: white, fluffy and chocolaty. Having in mind that the cake is very light, I decided that it could take a lot of white chocolate… and mascarpone… ok, and some sour cream 🙂 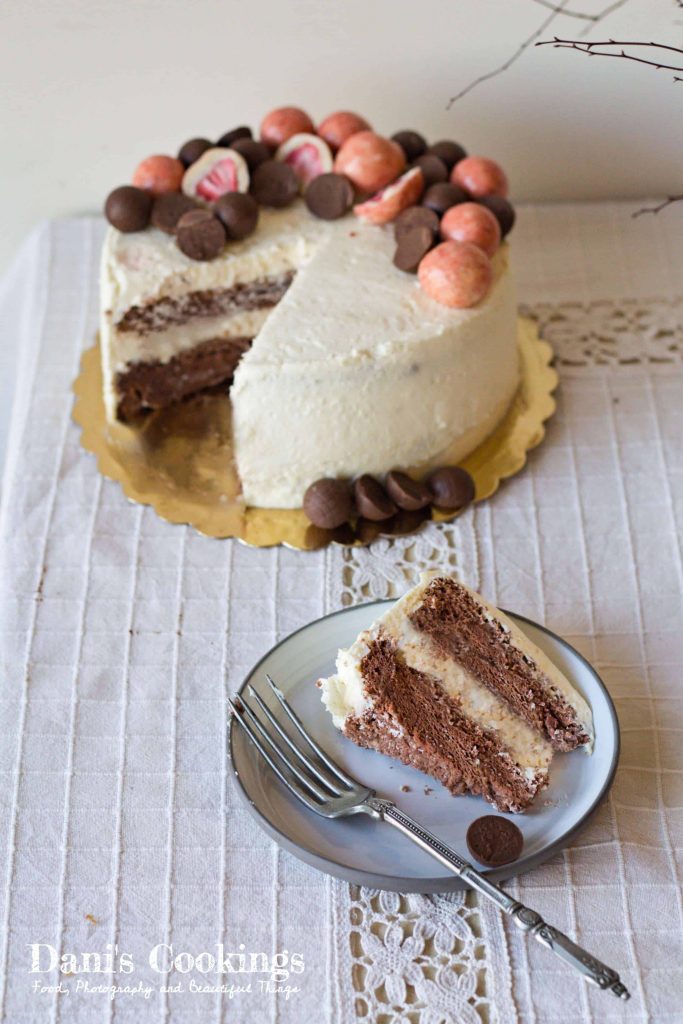 I baked the cake in a 18 cm (7 inch) pan. However it didn’t seem big enough for the purpose as the cake grew a lot during the baking, almost coming out of the pan. As a result I had to do a good trimming in order to make the cake even. Hence you can perfectly use a 20 or even 23 cm pan (8 or 9 inch) – the cake will just become a bit lower than what you see on the photos.
Needless to say this Cocoa Angel Food Cake was delicious! Light and fluffy layers, rich frosting and a great taste: surely one of the best cake experiences you may enjoy! 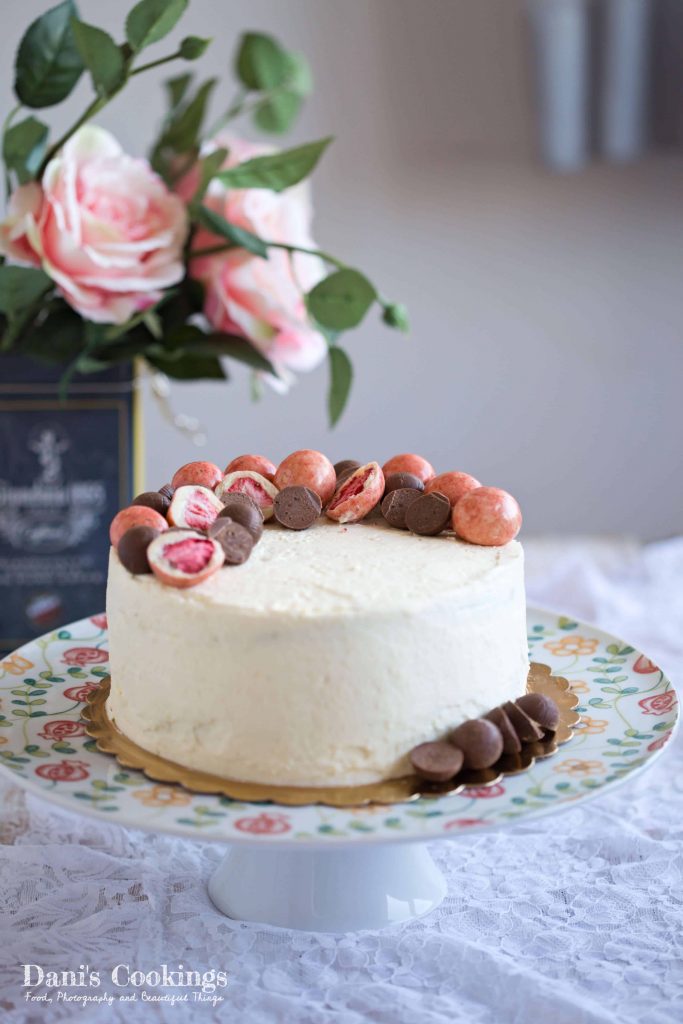 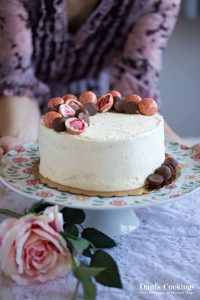 Adapted from The Cake Bible If you don't feel confident to bake this cake without any raising agent, you can use self raising flour instead of all-purpose.
Cake Pan Conversions CalculatorAdapt any cake recipe to your pan with this calculator!
Tried this recipe? Show me your creation!Mention @daniscookings in Instagram or tag #daniscookings!

What a beautiful cake! Also great for Valentine’s day 🙂