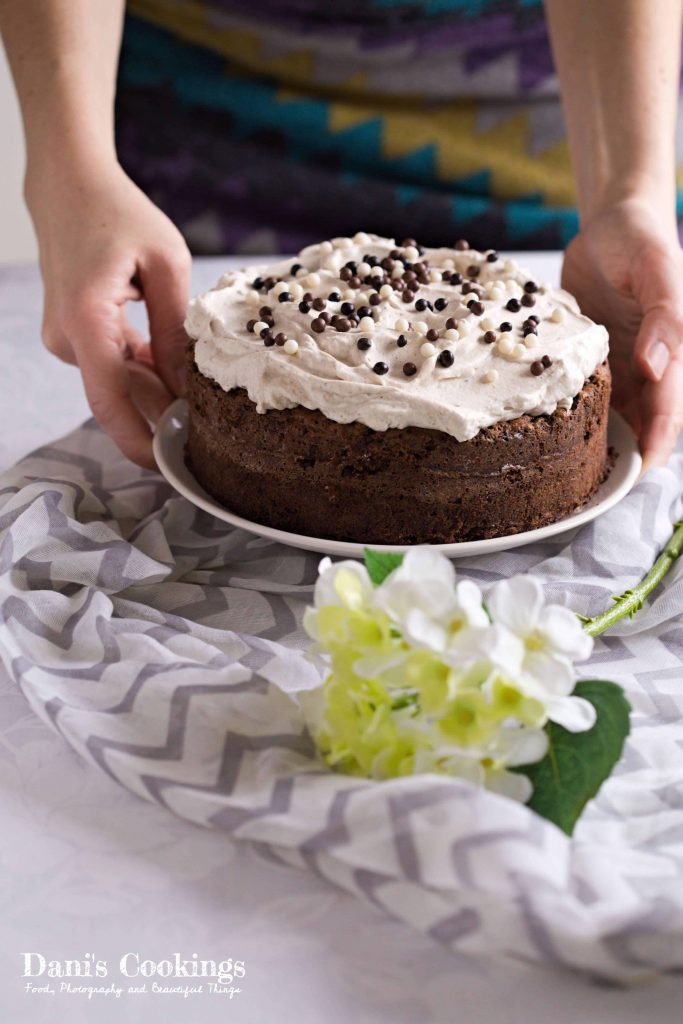 I can never get tired of chocolate cakes! With or without frosting, a moist dark cake is everything I need in order to feel in a better mood – and I am sure that applies to you too! So far I personally must have baked hundreds of chocolate cakes in my life and I am still not willing to stop trying to make them in new ways! But today’s recipe is special: it’s not just any random chocolate cake, it’s a Quick Gluten Free Chocolate Cake! 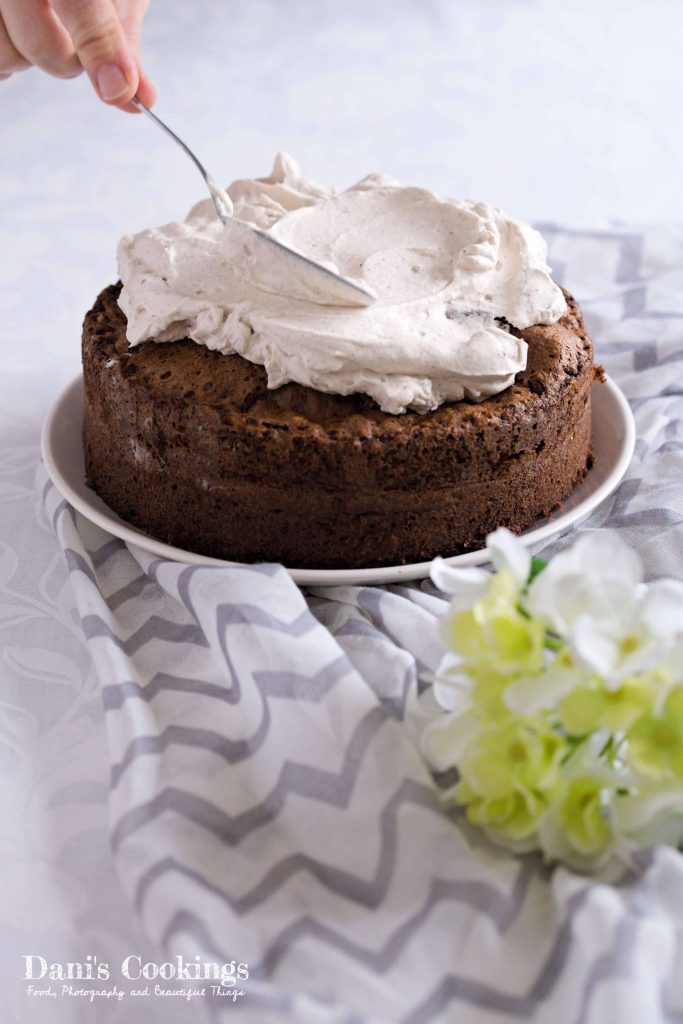 What’s the special thing, though? Firstly, it is gluten free, which in this case means also flour free. It contains starch instead and it’s quantity in the recipe is quite moderate. Secondly, this cake is really quick! It is as quick as 1 hour in total for preparation and baking. It is as quick as making a very simple brownie but the result is a fluffy and moist cake. Indeed this cake grows a lot during baking but you need to be very careful not to open the oven door earlier than needed. To be on the safe side, don’t test the cake before the recommended baking time is over! 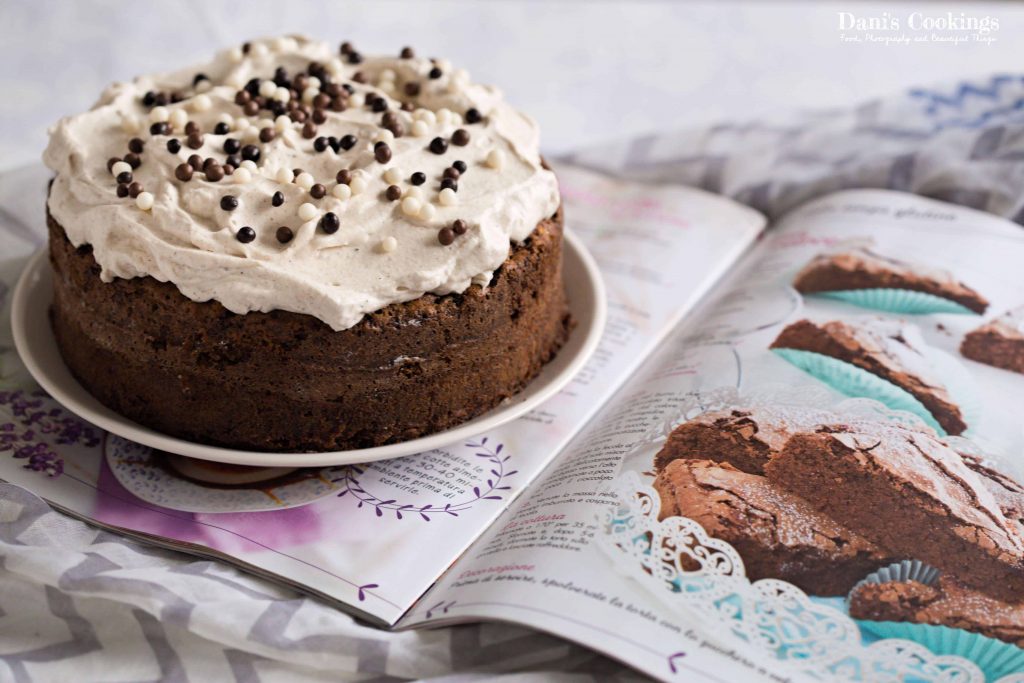 But how did I come up with this recipe? When I was in Italy with my family around Christmas I bought few cookbooks and cooking magazines. That recipe was in the magazine Piu Dolci under the name Tortina Veloce. I changed several things in the original recipe though, so the current one is actually adapted. 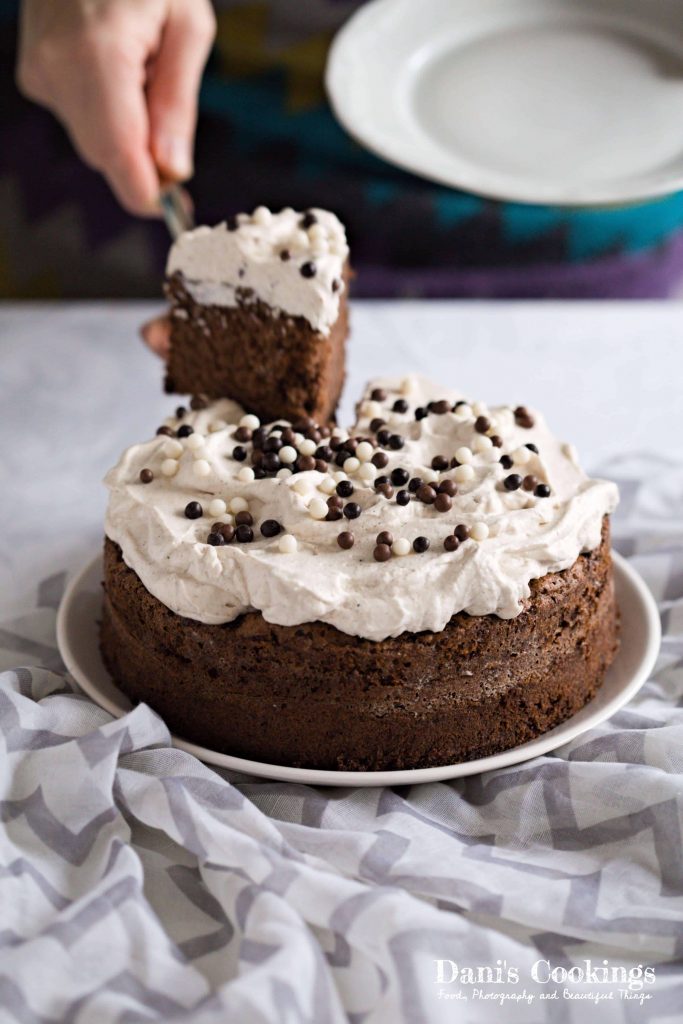 In the original recipe this cake is served only with powdered sugar on top. And this is indeed a great way to eat it: it is a very moist and rich cake that will just melt in your mouth! But as I love frostings so much, I decided to cover it with whipped cream. In my view it makes the cake more “finished” and gives it a festive touch… But of course, even with powdered sugar it is delicious! 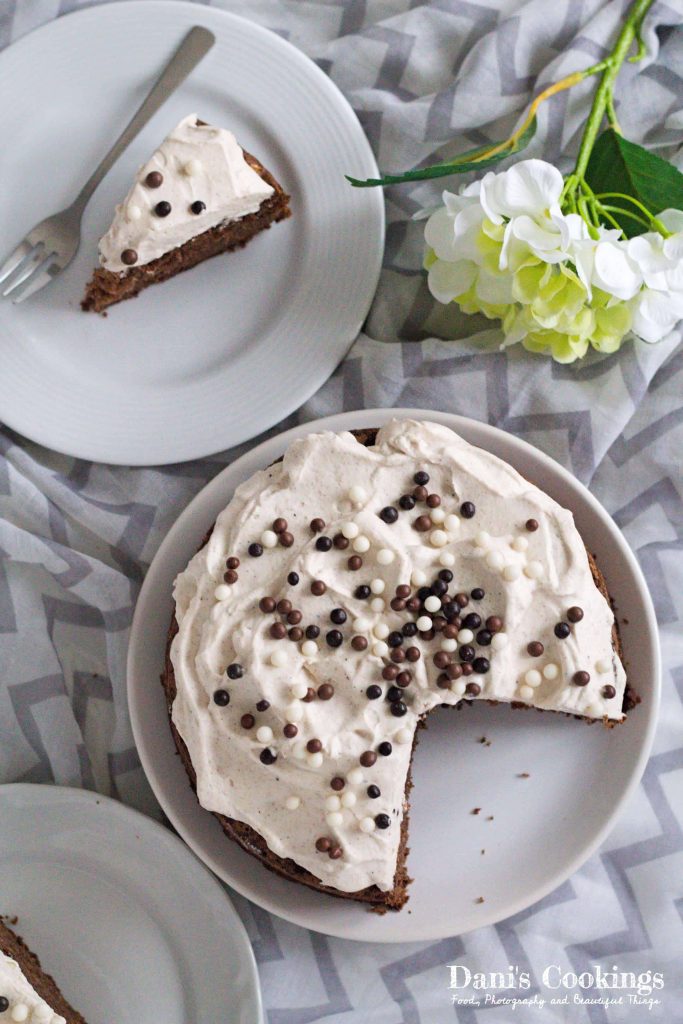 And as we are speaking about the frosting: the cinnamon is not really mandatory to add here but since ever I found its combination with chocolate a bit fascinating. If you decide to keep the cinnamon, you need to consider how much you like it before deciding if you want to add 10 g (2 teaspoons) or just 5 g of the cinnamon sugar. If underestimated it might end up a bit overwhelming for someone not used with the combination. 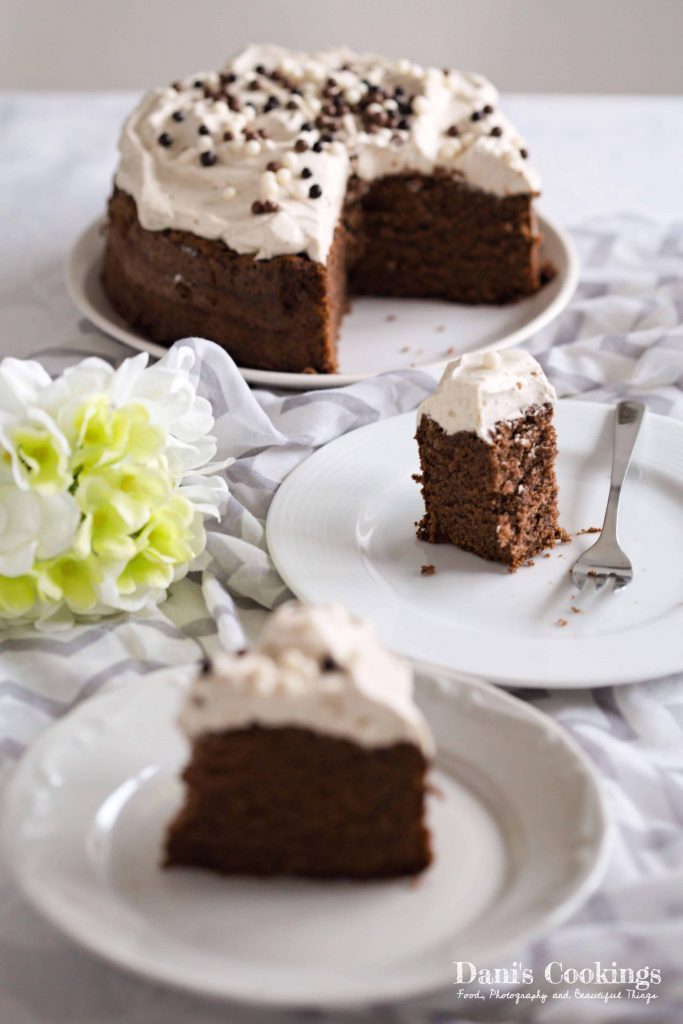 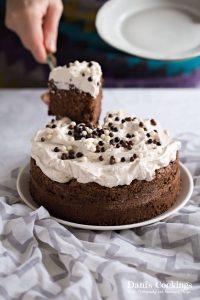 Pistachio Cheesecake in a Glass

I agree – the whipped cream gives it such a beautiful finish! Yum!

I am glad you think so, Melissa!