This delicious and impressive Raspberry Chocolate Cake with cinnamon and vanilla is a real celebration of life with its wonderful look and taste! A cake that is worth a special place on the table!

What is special about this recipe

This is a tall four-layer cake made of two kinds of layers: chocolate and raspberry. The two tastes go wonderfully well together and the delicious frostings complements them very well.

The cake is filled with vanilla pudding between the layers and covered with rich buttercream frosting.

The layers of the cake are made with mostly common ingredients: all-purpose flour, eggs, butter, vegetable oil (I prefer extra virgin olive oil), cocoa powder, baking powder, baking soda, plain yogurt, vanilla, coffee (or just water, if the cake would be consumed by kids) and of course, raspberries.

You can easily substitute the yogurt with buttermilk or sour cream.

The frostings are also very simple: one is a pudding made with milk, sugar and cornstarch and the other one is a buttercream frosting made with butter, powdered sugar and vanilla.

Isn’t it wonderful that these common and simple ingredients can create such a beautiful cake?

The cake layers are quite easy to make, so are the frostings. However you may want to consider few tips for best results:

On the images you see a very simple cake decoration since I wanted to highlight the natural beauty of the layers. I used some chocolate candies (Maltesers, to be precise) and cut simple small flowers from pink fondant.

You can decorate the cake with fresh raspberries, with chocolate pieces or even meringues or macarons: the possibilities are endless.

I really hope you liked this recipe as it is one of my most favourite cakes! Let me know in the comments how it went, in case you made it!

Here are few more desserts with raspberry and chocolate, that you may like: 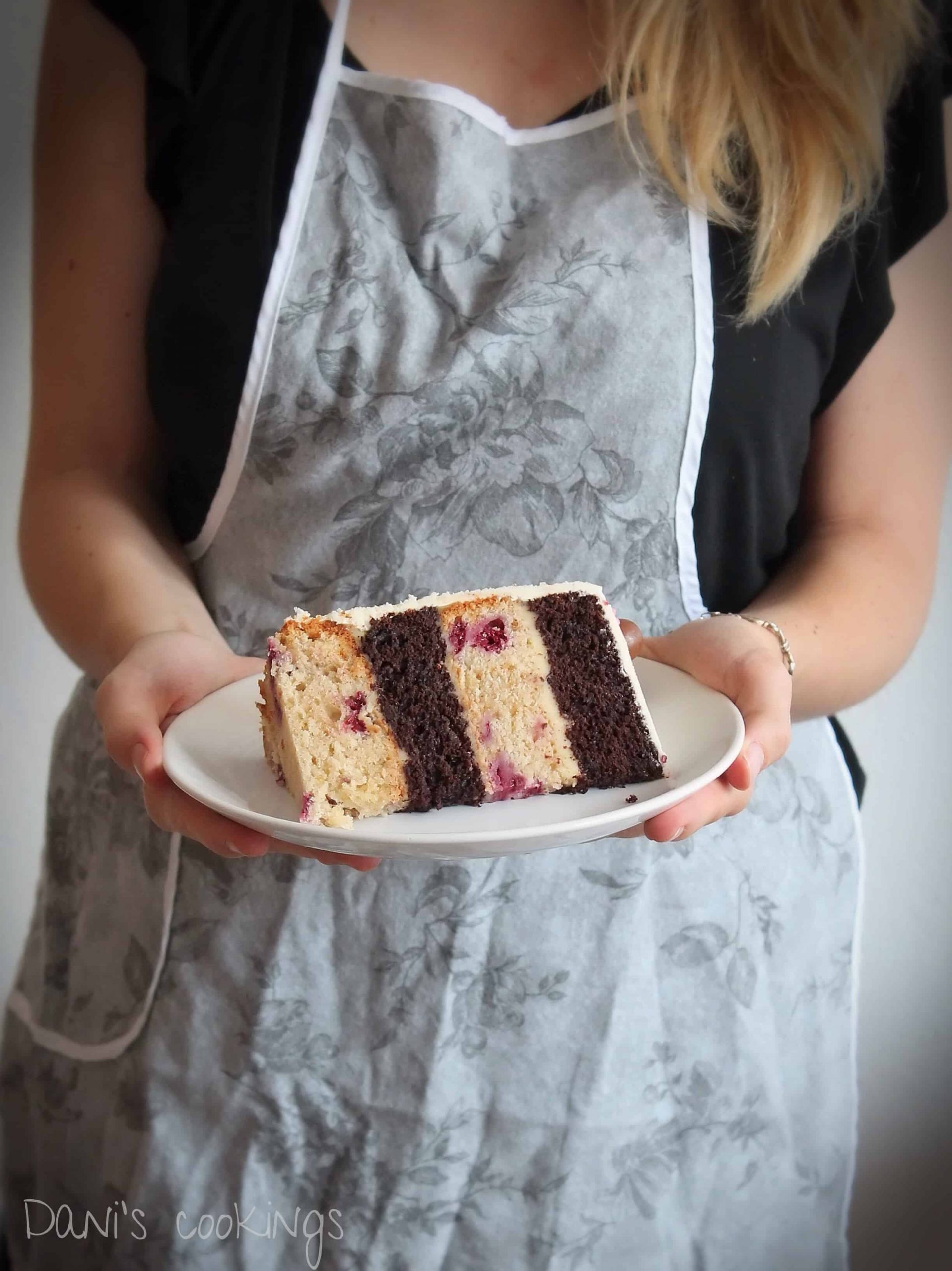 Cake Pan Conversions CalculatorAdapt any cake recipe to your pan with this calculator!
Tried this recipe? Show me your creation!Mention @daniscookings in Instagram or tag #daniscookings!
« Pink Velvet Cheesecake
Funfetti cake with two kinds of buttercream frosting »